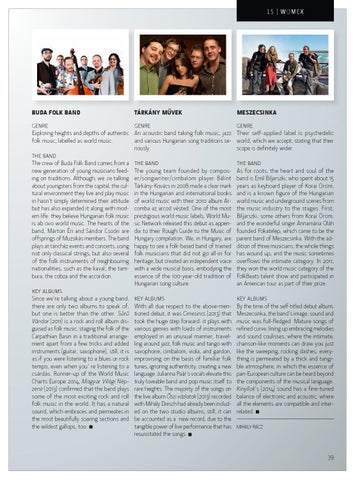 The crew of Buda Folk Band comes from a new generation of young musicians feeding on traditions. Although, we ‚re talking about youngsters from the capital, the cultural environment they live and play music in hasn’t simply determined their attitude but has also expanded it along with modern life: they believe Hungarian folk music is ab ovo world music. The hearts of the band, Márton Éri and Sándor Csoóri are offsprings of Muzsikás members. The band plays at táncház events and concerts, using not only classical strings, but also several of the folk instruments of neighbouring nationalities, such as the kaval, the tambura, the cobza and the accordion.

key albums Since we’re talking about a young band, there are only two albums to speak of, but one is better than the other. Sűrű Vándor (2011) is a rock and roll album disguised as folk music, staging the folk of the Carpathian Basin in a traditional arrangement apart from a few tricks and added instruments (guitar, saxophone), still, it is as if you were listening to a blues or rock tempo, even when you’ re listening to a csárdás. Runner-up of the World Music Charts Europe 2014, Magyar Világi Népzene (2013) confirmed that the band plays some of the most exciting rock and roll folk music in the world. It has a natural sound, which embraces and permeates in the most beautifully soaring sections and the wildest gallops, too. n

The young team founded by composer/songwriter/cimbalom player Bálint Tárkány-Kovács in 2008 made a clear mark in the Hungarian and international books of world music with their 2010 album Arcomba az arcod vésted. One of the most prestigious world music labels, World Music Network released this debut as appendix to their Rough Guide to the Music of Hungary compilation. We, in Hungary, are happy to see a folk-based band of trained folk musicians that did not go all-in for heritage, but created an independent voice with a wide musical basis, embodying the essence of the 100-year-old tradition of Hungarian song culture.

As for roots, the heart and soul of the band is Emil Biljarszki, who spent about 15 years as keyboard player of Korai Öröm, and is a known figure of the Hungarian world music and underground scenes from the music industry to the stages. First, Biljarszki, some others from Korai Öröm, and the wonderful singer Annamária Oláh founded Fókatelep, which came to be the parent band of Meszecsinka. With the addition of three musicians, the whole things has wound up, and the music sometimes overflows the intimate category. In 2011, they won the world music category of the FolkBeats talent show and participated in an American tour as part of their prize.

With all due respect to the above-mentioned debut, it was Cimesincs (2013) that took the huge step forward: it plays with various genres with loads of instruments employed in an unusual manner, travelling around jazz, folk music and tango with saxophone, cimbalom, viola, and gardon, improvising on the basis of familiar folk tunes, ignoring authenticity, creating a new language. Julianna Paár’s vocals elevate this truly loveable band and pop music itself to rare heights. The majority of the songs on the live album Őszi vázlatok (2013) recorded with Mihály Dresch had already been included on the two studio albums, still, it can be accounted as a new record, due to the tangible power of live performance that has resuscitated the songs. n

By the time of the self-titled debut album, Meszecsinka, the band’s image, sound and music was full-fledged. Mature songs of refined curve, lining up embracing melodies and sound coulisses, where the intimate, chanson-like moments can draw you just like the sweeping, rocking dashes; everything is permeated by a thick and tangible atmosphere, in which the essence of pan-European culture can be heard beyond the components of the musical language. Kinyílok’s (2014) sound has a fine-tuned balance of electronic and acoustic, where all the elements are compatible and interrelated. n Mihály Rácz 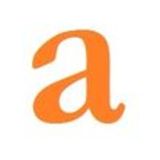