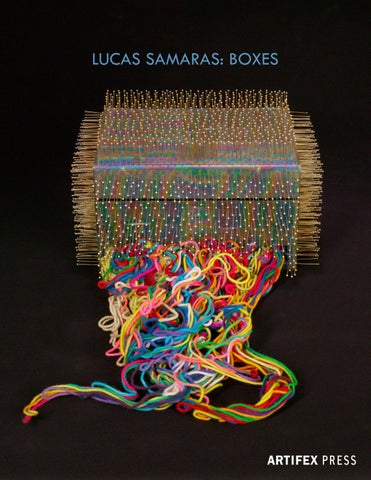 The Lucas Samaras: Boxes catalogue raisonné is the definitive exploration of the artist’s iconic, mixed media series, a total of 295 artworks begun in the early 1960s. Samaras’s boxes delve into the subject of the self, allowing viewers access into the artist’s mind through personal and found objects or manipulated self-portraits, which are sometimes guarded by pins, razor blades, or broken glass. In addition, many works are distortions of the form of the box itself, with playful multi-colored appendages or constructions made entirely of chicken wire. Also included are related room-sized installations, such as the artist’s celebrated Mirrored Room (1966).

The Lucas Samaras: Boxes catalogue raisonné contains vivid color photography of artworks, with images of both the open and closed states of boxes, and provides an extensive collection of primary source documents such as the artist’s note cards, notebooks, and drawings, plus archival photography. In addition, a selection of videos commissioned for the catalogue raisonné display boxes in the round, with their component parts being disassembled and reassembled.

“We live in boxes, see and eat with boxes, travel in boxes, and even our days and nights are boxes. . . . I found myself making boxes. And I thought that box was as important a form as the rest of the art forms or categories. The professional scribblers were not willing to consider it as mainstream art. I stubbornly persisted in waiting for new verbal criteria to be formulated.” Above: Lucas Samaras quoted in Lucas Samaras. Exhibition catalogue. New York: Whitney Museum of American Art, 1972. Facing page: Grid screen view from Lucas Samaras: Boxes catalogue raisonné Back cover: Lucas Samaras in Corridor #2 (Philadelphia Corridor), 1970. © Lucas Samaras. Photo courtesy Philadelphia Museum of Art

Hannah Barton is a Research Associate at Artifex Press and Editor of the Lucas Samaras: Boxes catalogue raisonné. She graduated with a dual Master’s in Art History and Library Science from Pratt Institute in 2013, specializing in Art Librarianship as well as Modern and Contemporary Art. In addition to working with Lucas Samaras to create his boxes catalogue raisonné, she has also edited the Tim Hawkinson catalogue raisonné (Artifex Press, 2015), and continues to collaborate with both artists on the upkeep of their respective catalogues. Hannah has previously held positions through the New York Art Resources Consortium in the libraries of the Frick Collection and the Museum of Modern Art, and in the library of the Whitney Museum of American Art. Research for this project was started in 2004 by Vanessa Wildenstein, at the behest of the artist and under the auspices of the Wildenstein Institute. Artifex Press inherited the catalogue in 2015, and it was placed under the direction of Editor Hannah Barton, with Vanessa Wildenstein serving as Consulting Editor. 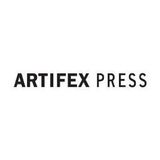