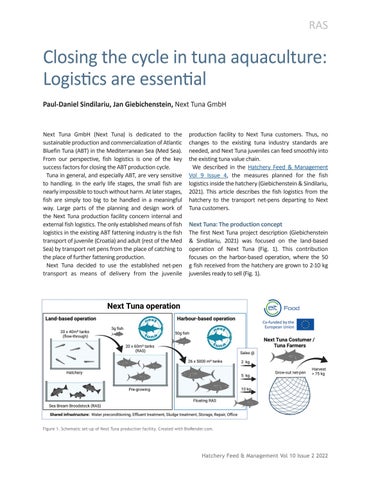 Next Tuna GmbH (Next Tuna) is dedicated to the sustainable production and commercialization of Atlantic Bluefin Tuna (ABT) in the Mediterranean Sea (Med Sea). From our perspective, fish logistics is one of the key success factors for closing the ABT production cycle. Tuna in general, and especially ABT, are very sensitive to handling. In the early life stages, the small fish are nearly impossible to touch without harm. At later stages, fish are simply too big to be handled in a meaningful way. Large parts of the planning and design work of the Next Tuna production facility concern internal and external fish logistics. The only established means of fish logistics in the existing ABT fattening industry is the fish transport of juvenile (Croatia) and adult (rest of the Med Sea) by transport net pens from the place of catching to the place of further fattening production. Next Tuna decided to use the established net-pen transport as means of delivery from the juvenile

production facility to Next Tuna customers. Thus, no changes to the existing tuna industry standards are needed, and Next Tuna juveniles can feed smoothly into the existing tuna value chain. We described in the Hatchery Feed &amp; Management Vol 9 Issue 4, the measures planned for the fish logistics inside the hatchery (Giebichenstein &amp; Sindilariu, 2021). This article describes the fish logistics from the hatchery to the transport net-pens departing to Next Tuna customers.

Next Tuna: The production concept The first Next Tuna project description (Giebichenstein &amp; Sindilariu, 2021) was focused on the land-based operation of Next Tuna (Fig. 1). This contribution focuses on the harbor-based operation, where the 50 g fish received from the hatchery are grown to 2-10 kg juveniles ready to sell (Fig. 1).

Hatchery Feed & Management is the expert resource for aquaculture hatchery professionals worldwide that covers all topics of importance for hatchery managers. Visit HatcheryFM.com to access all our information resources - all completely free in support of aquaculture. 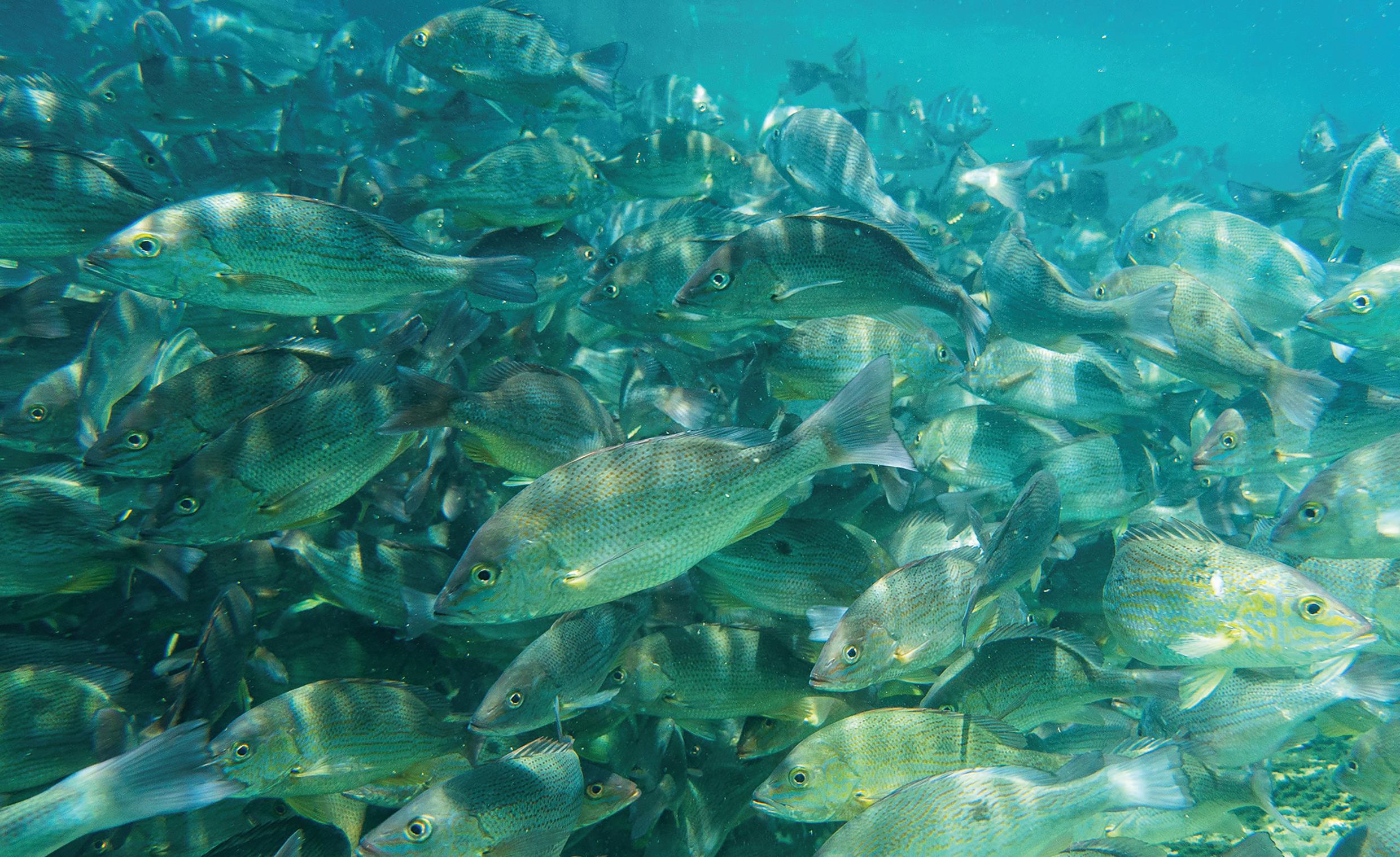 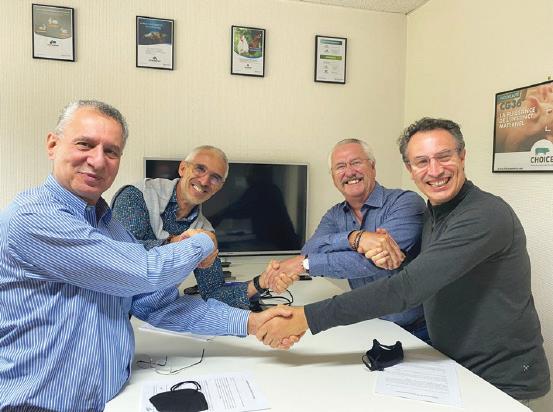 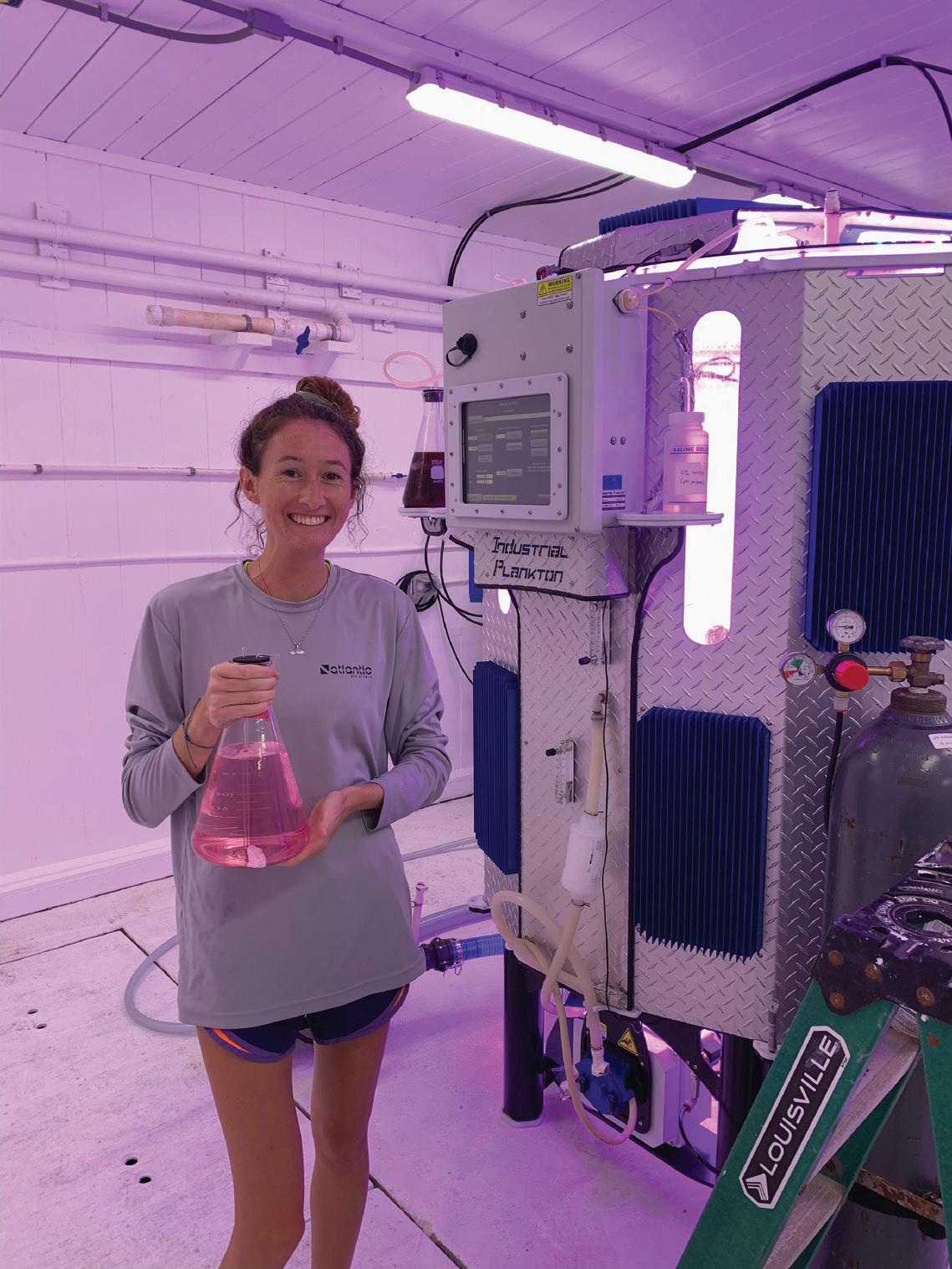 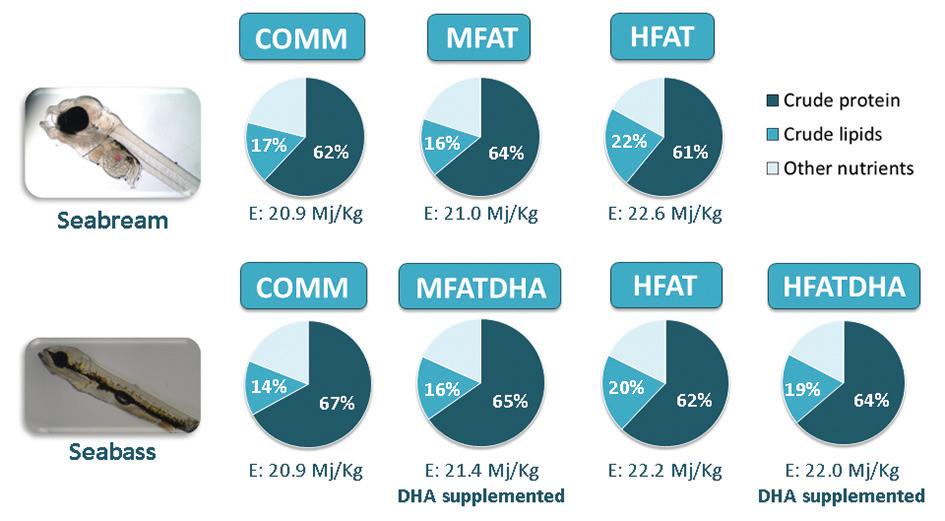 The road to tailored diets for marine fish larvae 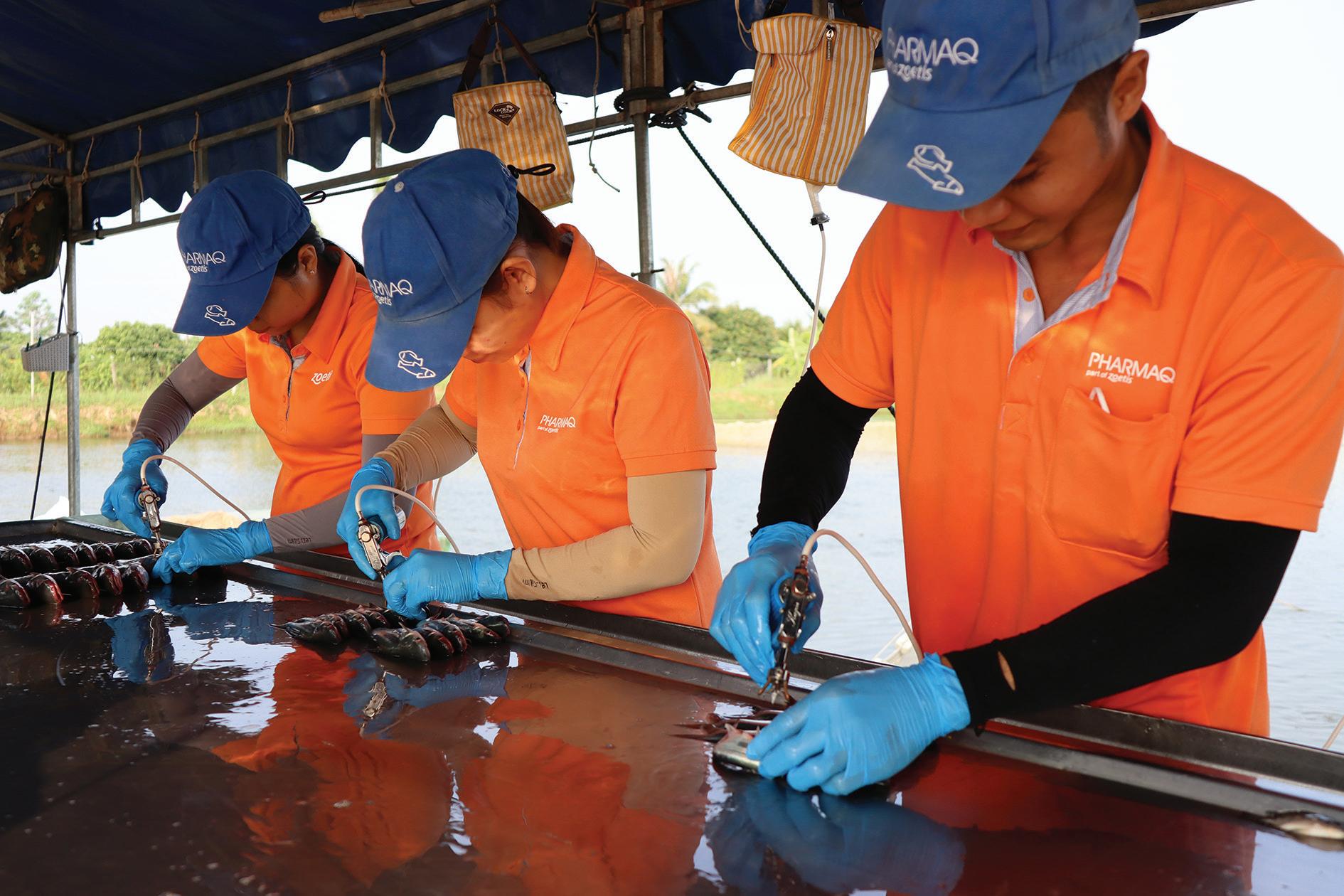 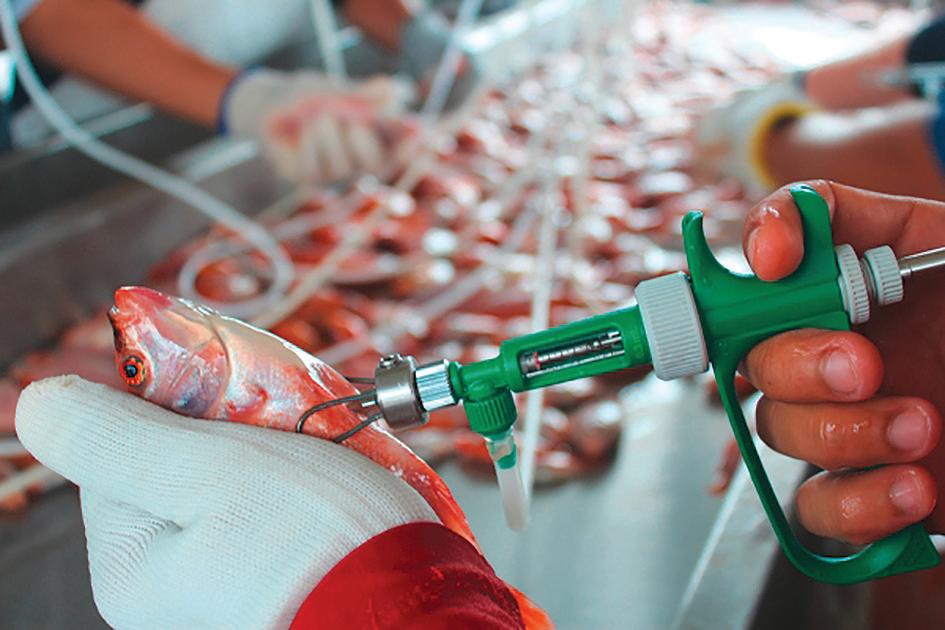 Micro-dose vaccines: Why less is more 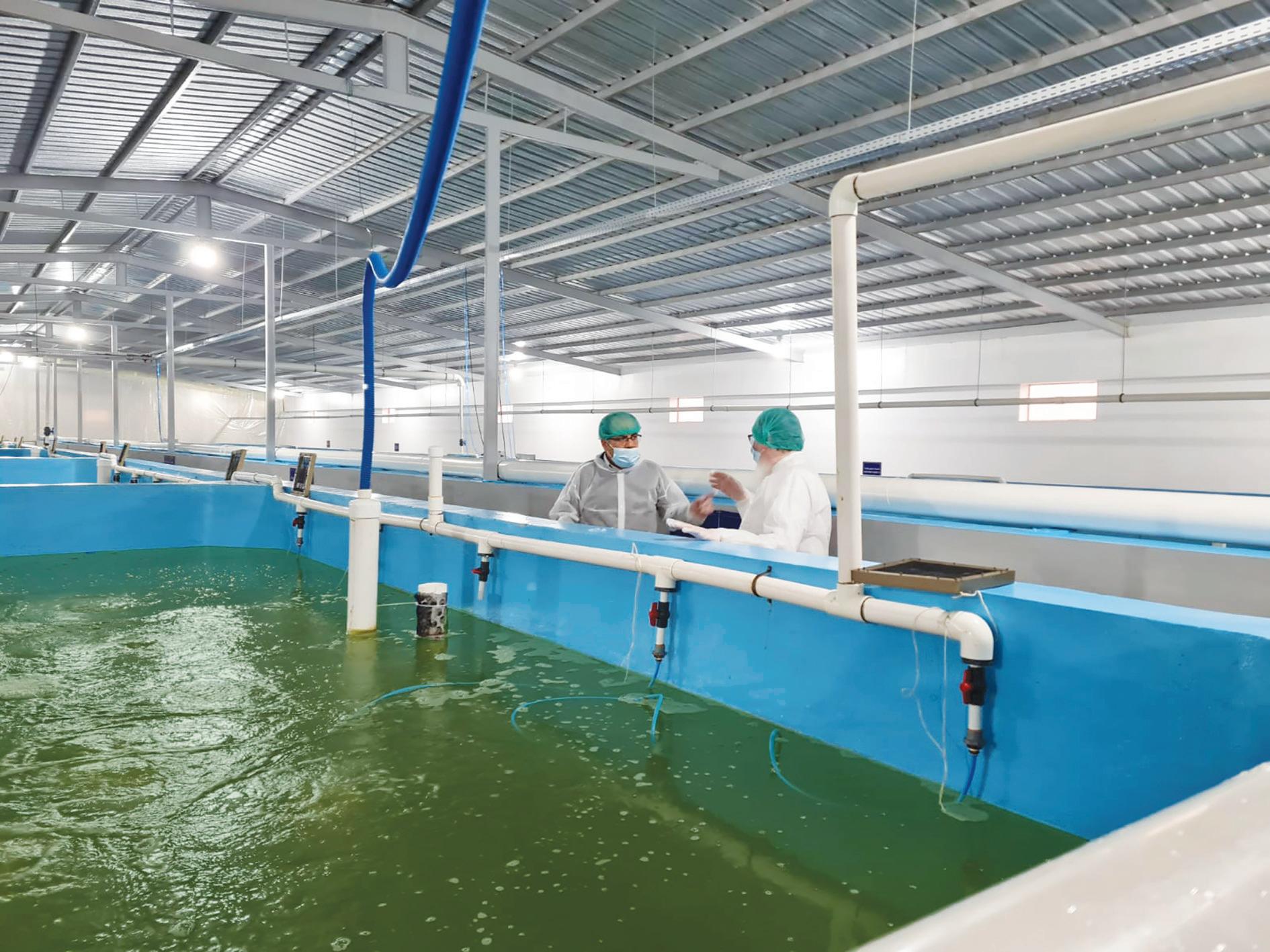 Closing the cycle in tuna aquaculture: Logistics are essential 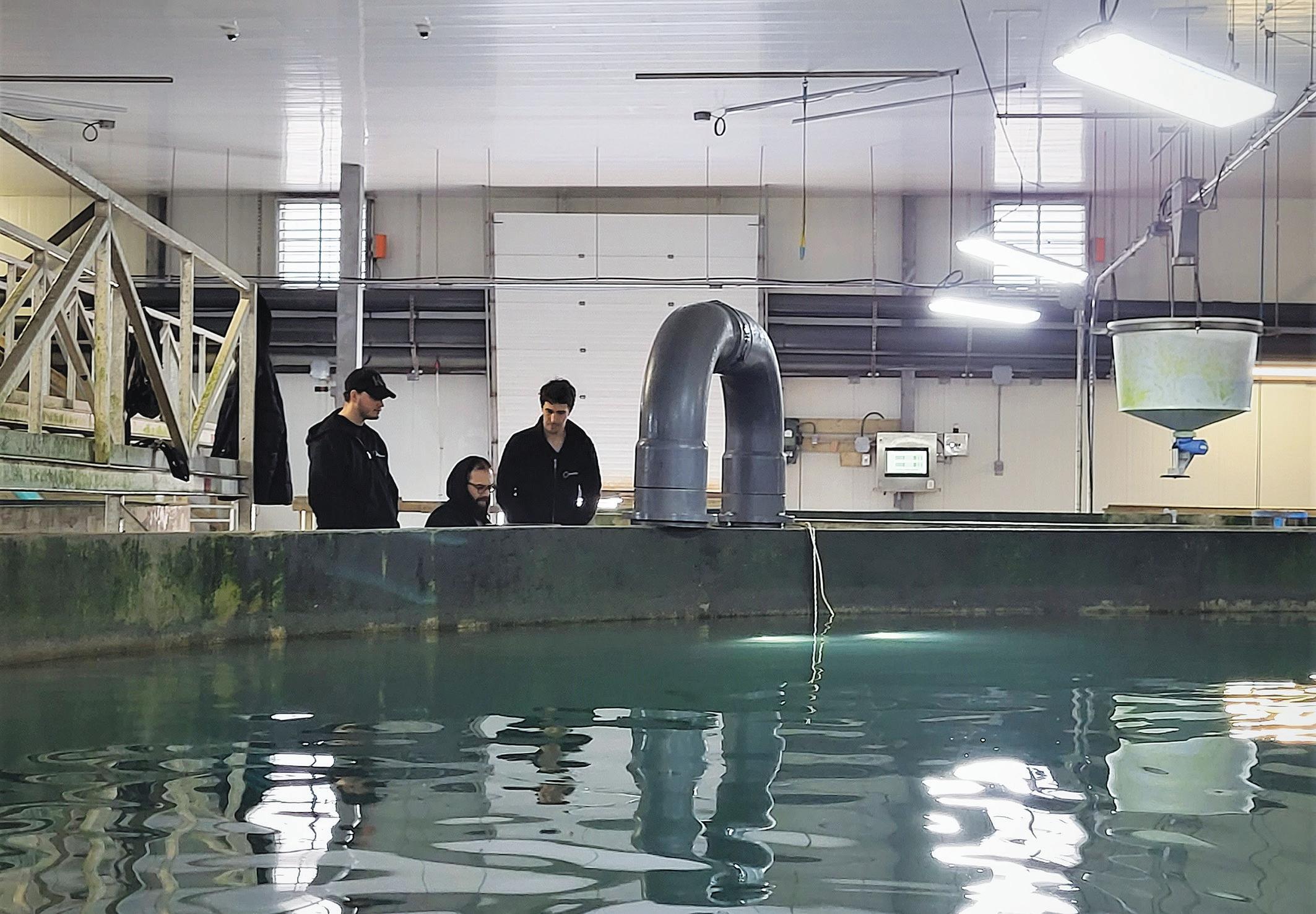 The future of artificial intelligence in hatcheries and 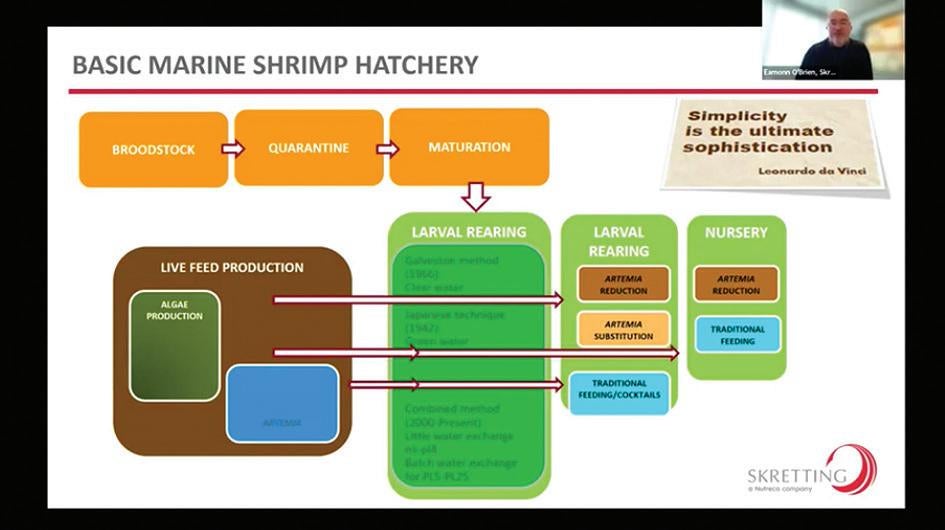