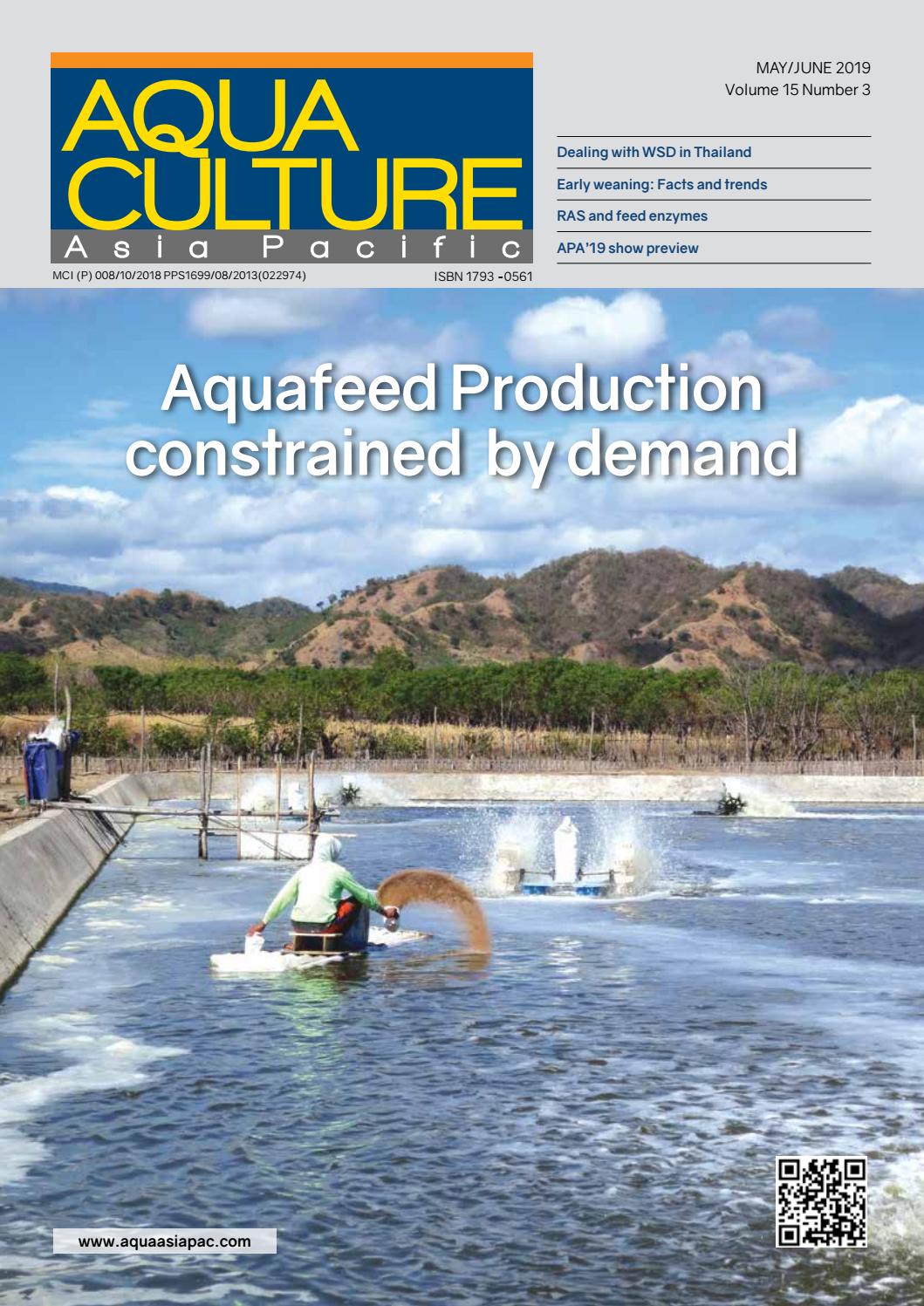 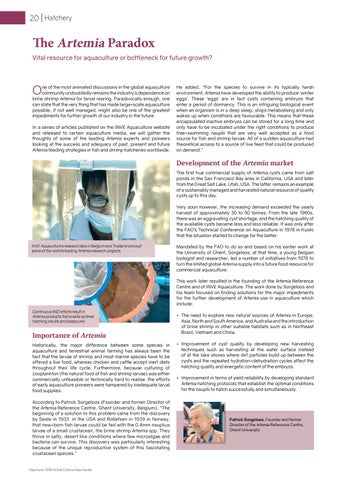 The Artemia Paradox Vital resource for aquaculture or bottleneck for future growth?

ne of the most animated discussions in the global aquaculture community undoubtedly remains the industry’s dependence on brine shrimp Artemia for larval rearing. Paradoxically enough, one can state that the very thing that has made large-scale aquaculture possible, if not well managed, might also be one of the greatest impediments for further growth of our industry in the future.

In a series of articles published on the INVE Aquaculture website and released to certain aquaculture media, we will gather the thoughts of some of the leading Artemia experts and pioneers looking at the success and adequacy of past, present and future Artemia feeding strategies in fish and shrimp hatcheries worldwide.

He added, “For the species to survive in its typically harsh environment, Artemia have developed the ability to produce ‘winter eggs’. These ‘eggs’ are in fact cysts containing embryos that enter a period of dormancy. This is an intriguing biological event when an organism is in a deep sleep, stops metabolising and only wakes up when conditions are favourable. This means that these encapsulated inactive embryos can be stored for a long time and only have to be incubated under the right conditions to produce free-swimming nauplii that are very well accepted as a food source for fish and shrimp larvae. All of a sudden aquaculture had theoretical access to a source of live feed that could be produced on demand.”

Development of the Artemia market The first true commercial supply of Artemia cysts came from salt ponds in the San Francisco Bay area in California, USA and later from the Great Salt Lake, Utah, USA. The latter remains an example of a sustainably managed and harvested natural resource of quality cysts up to this day. Very soon however, the increasing demand exceeded the yearly harvest of approximately 30 to 50 tonnes. From the late 1960s, there was an aggravating cyst shortage, and the hatching quality of the available cysts became less and less reliable. It was only after the FAO’s Technical Conference on Aquaculture in 1976 in Kyoto that the situation started to change for the better. INVE Aquaculture’s research labs in Belgium and Thailand conduct some of the world’s leading Artemia research projects

Mandated by the FAO to do so and based on his earlier work at the University of Ghent, Sorgeloos, at that time, a young Belgian biologist and researcher, led a number of initiatives from 1978 to turn the limited global Artemia supply into a future food resource for commercial aquaculture. This work later resulted in the founding of the Artemia Reference Centre and of INVE Aquaculture. The work done by Sorgeloos and his team focused on finding solutions for the major impediments for the further development of Artemia use in aquaculture which include:

Importance of Artemia Historically, the major difference between some species in aquaculture and terrestrial animal farming has always been the fact that the larvae of shrimp and most marine species have to be offered a live food, whereas chicken and cattle accept inert diets throughout their life cycle. Furthermore, because culturing of zooplankton (the natural food of fish and shrimp larvae) was either commercially unfeasible or technically hard to realise, the efforts of early aquaculture pioneers were hampered by inadequate larval food supplies. According to Patrick Sorgeloos (Founder and former Director of the Artemia Reference Centre, Ghent University, Belgium), “The beginning of a solution to this problem came from the discovery by Seale in 1933 in the USA and Rollefsen in 1939 in Norway, that new-born fish larvae could be fed with the 0.4mm nauplius larvae of a small crustacean, the brine shrimp Artemia spp. They thrive in salty, desert like conditions where few microalgae and bacteria can survive. This discovery was particularly interesting because of the unique reproductive system of this fascinating crustacean species.”

• The need to explore new natural sources of Artemia in Europe, Asia, North and South America, and Australia and the introduction of brine shrimp in other suitable habitats such as in Northeast Brazil, Vietnam and China. • Improvement of cyst quality by developing new harvesting techniques such as harvesting at the water surface instead of at the lake shores where dirt particles build up between the cysts and the repeated hydration-dehydration cycles affect the hatching quality and energetic content of the embryos. • Improvement in terms of yield reliability by developing standard Artemia hatching protocols that establish the optimal conditions for the nauplii to hatch successfully and simultaneously.