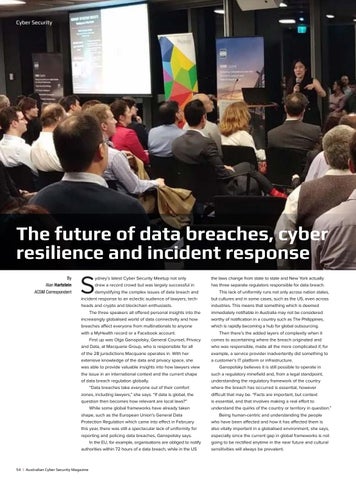 ydney’s latest Cyber Security Meetup not only drew a record crowd but was largely successful in demystifying the complex issues of data breach and incident response to an eclectic audience of lawyers, techheads and crypto and blockchain enthusiasts. The three speakers all offered personal insights into the increasingly globalised world of data connectivity and how breaches affect everyone from multinationals to anyone with a MyHealth record or a Facebook account. First up was Olga Ganopolsky, General Counsel, Privacy and Data, at Macquarie Group, who is responsible for all of the 28 jurisdictions Macquarie operates in. With her extensive knowledge of the data and privacy space, she was able to provide valuable insights into how lawyers view the issue in an international context and the current shape of data breach regulation globally. “Data breaches take everyone out of their comfort zones, including lawyers,” she says. “If data is global, the question then becomes how relevant are local laws?” While some global frameworks have already taken shape, such as the European Union’s General Data Protection Regulation which came into effect in February this year, there was still a spectacular lack of uniformity for reporting and policing data breaches, Ganopolsky says. In the EU, for example, organisations are obliged to notify authorities within 72 hours of a data breach, while in the US

the laws change from state to state and New York actually has three separate regulators responsible for data breach. This lack of uniformity runs not only across nation states, but cultures and in some cases, such as the US, even across industries. This means that something which is deemed immediately notifiable in Australia may not be considered worthy of notification in a country such as The Philippines, which is rapidly becoming a hub for global outsourcing. Then there’s the added layers of complexity when it comes to ascertaining where the breach originated and who was responsible, made all the more complicated if, for example, a service provider inadvertently did something to a customer’s IT platform or infrastructure. Ganopolsky believes it is still possible to operate in such a regulatory minefield and, from a legal standpoint, understanding the regulatory framework of the country where the breach has occurred is essential, however difficult that may be. “Facts are important, but context is essential, and that involves making a real effort to understand the quirks of the country or territory in question.” Being human-centric and understanding the people who have been affected and how it has affected them is also vitally important in a globalised environment, she says, especially since the current gap in global frameworks is not going to be rectified anytime in the near future and cultural sensitivities will always be prevalent. 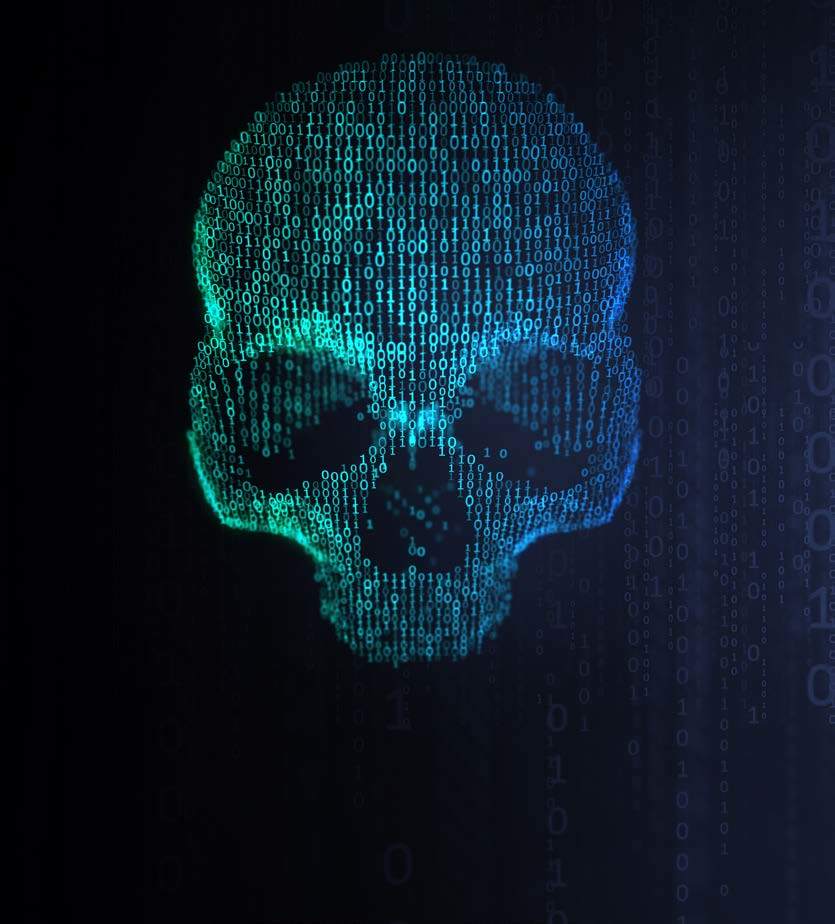 The primary focus of Issue 6 is on the use of basic security control sets, such as the Australian Cyber Security Centre’s Essential 8. Do these basic control frameworks really work, or are they causing more harm than good in their limited coverage?