Story 01. The street in the air 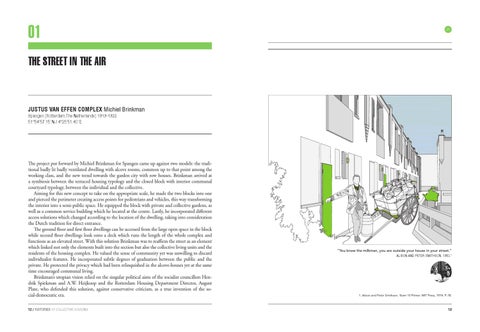 THE STREET IN THE AIR

The project put forward by Michiel Brinkman for Spangen came up against two models: the traditional badly lit badly ventilated dwelling with alcove rooms, common up to that point among the working class, and the new trend towards the garden city with row houses. Brinkman arrived at a symbiosis between the terraced housing typology and the closed block with interior communal courtyard typology, between the individual and the collective. Aiming for this new concept to take on the appropriate scale, he made the two blocks into one and pierced the perimeter creating access points for pedestrians and vehicles, this way transforming the interior into a semi-public space. He equipped the block with private and collective gardens, as well as a common service building which he located at the centre. Lastly, he incorporated different access solutions which changed according to the location of the dwelling, taking into consideration the Dutch tradition for direct entrance. The ground floor and first floor dwellings can be accessed from the large open space in the block while second floor dwellings look onto a deck which runs the length of the whole complex and functions as an elevated street. With this solution Brinkman was to reaffirm the street as an element which linked not only the elements built into the section but also the collective living units and the residents of the housing complex. He valued the sense of community yet was unwilling to discard individualist features. He incorporated subtle degrees of graduation between the public and the private. He protected the privacy which had been relinquished in the alcove-houses yet at the same time encouraged communal living. Brinkman’s utopian vision relied on the singular political aims of the socialist councillors Hendrik Spiekman and A.W. Heijkoop and the Rotterdam Housing Department Director, August Plate, who defended this solution, against conservative criticism, as a true invention of the social-democratic era. 12 / 10STORIES OF COLLECTIVE HOUSING

“You know the milkman, you are outside your house in your street.” ALISON AND PETER SMITHSON, 1953.1

Story 01. The street in the air

This story is included in the book 10 Stories of Collective Housing, by a+t research group. Available on May 27. 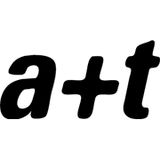