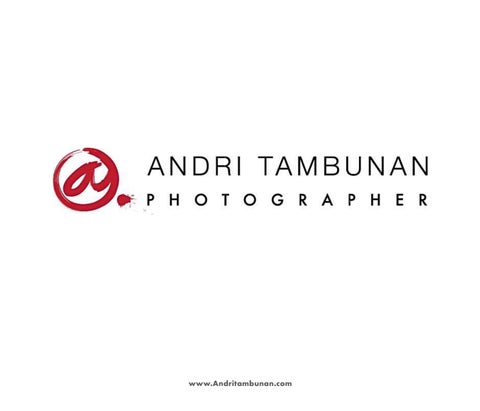 HIV/AIDS Epidemic Among Indigenous Papuans. The provinces of Papua and West Papua, also known as Tanah Papua, are located in easternmost Indonesia. The prevalence of HIV/AIDS infection in Tanah Papua is the highest in indonesia, and 15 times higher than the national average. This epidemic follows along the fault lines of race: about three-quarters of those infected are indigenous Papuans. Against All Odds uses images and text to investigates some of the causes to this epidemic such as limited economic opportunities, lack of HIV/AIDS education and awareness, insufficient access to health services, inadequate support, discrimination, and stigma. Book: https://tinyurl.com/jwd37j7 Multimedia: https://youtu.be/GF-dnmF6njw

I am Positif is an initiative to help end HIV/AIDS related stigma and discrimination in Papua, a region with the highest HIV/AIDS prevalence indonesia incorporating still photographs, video, newsprint, and web. This project aims to counter negative stereotype of those living with the disease by profiling seven individuals who are HIV positive and showing that they are strong, healthy, productive, resilient, and full of hope. www.iampositif.org (English) www.sayapositif.org (Indonesian) In Collaboration with the Clinton Health Access Initiatives (CHAI) and Catchlight Foundation Roles Played: Photographer, Videographer, Producer, Video Editor, Crative Director, Graphic Designer, &amp; Curator

I am Positif Newsprint Layout

I am Positif Newsprint Layout

Client: FACEBOOK Mr.Supang is one of the thousands of underbanked farmers in Indonesia. n Indonesia working as a farmer gets harder with time as Mr. Supang faces constant challenges such as the rising cost of seeds and fertilizers, drought, climate change, and an unpredictable volcano that could erupt at any time. Having limited access to a bank and other legal financial institution, he deals only with cash and saves whatever he could squirrel away inside a piggy bank or hidden under the mattress in his home. Due to these situations, Mr. Supang is in a vulnerable position because he is under financial pressure and anxiety because a single bad harvest or an eruption would reel Mr. Supang into losing all his investment and potentially jeopardizes his family welfare and legacy. Watch Video: https://youtu.be/lEVaPos0p-w

Client: International Monetary Fund (IMF) While many young Indonesians abandon rural areas for city life, Shofyan Adi Cahyono, 22, has decided to modernize his fatherâ&amp;#x20AC;&amp;#x2122;s farm in the highlands of central Java by embracing new technology and progressive farming methods. More than half of the population of Southeast Asia is under 30. Technology shapes the way youth in the region live and work, even as they adapt it to their own unique circumstances. In some ways, these young people will inherit a better world than their parents knew, with higher income potential, increased access to education, and vast technological possibilities.

Client: USAID HIV/AIDS Social Video Campaign for World AIDS Day 2016. The project features Eva who is an amateur boxer with a formidable fighting spirit and an inspiring individual living a healthy and productive life with HIV. Eva is determined to live strong and is motivated to keep fighting in the face of any obstacle. This campaign seeks to capitalize on the immediacy, accessibility, and popularity of social media in Indonesia by customizing and enhancing its content and delivery to yield an optimum impact for publication and distribution on Facebook, Instagram, Twitter, YouTube and other social platforms.

Client: Bali Peduli Clinic HIV is becoming an increasing public health problem on the island of Bali. It affects the most vulnerable members of the community. It is estimated that there are nearly 14,000 people living with HIV in Bali who need consistent medical and psychosocial support. Among Men Who Have Sex with Men in Indonesia, the rates of HIV have increased from 5.35% in 2007 to 25.8% in 2015. Within the MSM community in Bali, HIV is a continuing concern. “Saya Berani&quot; details the journey of two young men in seeking HIV services at Bali Peduli. The focus of “Saya Berani” is to encourage HIV testing and convey its benefits, to show the quality of care and treatment available at Bali Peduli, to mitigate stigma and discrimination and to illustrate the possibility of living a healthy and productive life with HIV. Watch Video: https://youtu.be/X7pA1GbXj4s

Client: Greenpeace International Objective: Illustrate the human impact of textile factories dumping illegal dumping of toxic wastes to Citarum River for Greenpeace DETOX Campaign The Citarum River has the reputation of being one of the dirtiest rivers in the world. It looks like a gigantic sewer. The water is tainted by toxic industrial waste. Local factories are pumping wastewater containing toxic and hormone-disrupting chemicals directly into the water supply. The wastewater is sometimes multi-coloured, sometimes invisible. The textile sector is a major source of this pollution, especially in the Upper Citarum where 68% of the factories produce textiles. The testing results reveal a real cocktail of hazardous chemicals including nonylphenol (NP), antimony and tributylphosphate being pumped in the Citarum. Many of these chemicals are toxic, while some have hormone-disrupting and highly persistent properties. The wastewater discharged from this facility provides a clear example of the type of hazardous chemicals being discharged every day into the Citarum River -- affecting the local ecosystem and the livelihoods of millions of people. This type of pollution affects the livelihoods of local communities, fishermen and farmers, and also the millions people that are in contact with this water in their daily life. Campaign: https://tinyurl.com/yxe3jt7h

Client: UN-REDD Reporting on peatland in Borneo, Indonesia As one of the world’s most valuable ecosystems, peatlands support diverse species. Yet until recently, peatlands were drained and set ablaze for agriculture, producing an ecological catastrophe that sparked the need for change. The blazes in 2015 scorched 2.6 million hectares across the archipelago, and produced toxic haze that blanketed neighboring countries Singapore and Malaysia. Thousands fell ill, and the Indonesian government suffered $16 billion in economic losses. Peat is one of nature’s most effective ways of taking carbon out of the atmosphere and stocking it underground, making it crucial to the fight against #climatechange. On the flip side, when drained and set ablaze, they can release 10 times more carbon than forest fires. For decades, Indonesia’s smallholder farmers have been using fire to clear land for crops to produce commodities like palm oil, of which Indonesia is now the world’s biggest producer. But intentional fires often spiral out of control, particularly during the annual dry season.

In May 2018, an intensive training was conducted for 66 volunteer firefighters from six of Central Kalimantan’s most fire-prone villages under the UN Environment project “Generating Anticipatory Measures for Better Utilization of Tropical Peatlands (GAMBUT)”, which is funded by USAID and operated by the United Nations Office for Project Services (UNOPS). The training was facilitated by highly experienced South African firefighters from the Working on Fire Program who first came to Indonesia in 2015 to assist with the disaster, and have since been collaborating with the UN Environment project as a key partner to increase knowledge exchange and sharing between the two Southern Hemisphere countries.

L-R: Garment Factory Workers at Home in Subang, Indonesia - Their Identities Concealed for Their Safety

Client: The Washington Post Objective: Take portrait and video of garment factory workers in Subang, Indonesia as an in-depth investigation on Ivanka Trump Inc. and its practice on relying exclusively on foreign factories in countries where low-wage laborers have limited ability to advocate for themselves. Link to article and video: http://tinyurl.com/y3cc8usk

Clients: Oxfam &amp; ActionAid A 7.5 earthquake magnitude hit off the coast of Donggala, Palu Sulawesi Central, Indonesia on Sept. 28th triggering a tsunami. TThe death toll tops 5000 but could be double since thousands were still missing. Document evidence of the scale and human impact of the emergency and also the depth of the destruction buildings, homes, schools, wreckage as well as the impact on individuals families and communities and daily life on the ground like fear, risk, hardship and also glimpses of normality.

Yurni (55) Looks After Her Sick Grandson Zahid (2) Inside a Makeshift Tent.

DUTERTEâ&amp;#x20AC;&amp;#x2122;S DRUG WAR Over 20 thousand people including men, women and even young teens who are mostly the urban poor, have been killed since President Duterte initiated the campaign against drugs in the Philippines. The extrajudicial killings or executions are carried out by masked gunmen. Bodies in morgue showed signs that the victims were bound or handcuffed although the police report often states they fought back or tried to run away.

PERSONAL PROJECT #1 Mount Sinabung is one of 120 active volcanoes in Indonesia. After 400 years of being dormant, it recently came to life in 2010 erupting sporadically and spewing hot ash and lava. The 4.3-mile area around the 8070ft volcano was declared by the government to be too dangerous to inhabit. More than 30,000 people living in the surrounding villages had to evacuate and abandon their homes and belongings for safety. Most of the villagers have not returned. This project explores the concept of time illustrated by abandoned homes and remnants of personal belongings left behind by villagers who fled for safety.

PERSONAL PROJECT #2 Ma&#39;nene or cleaning of the corpse is a tradition that takes place in Toraja, Indonesia in the month of August after harvest. During this ritual, the bodies of the dead family members are exhumed to be cleaned, groomed and dressed. Although most Torajans today are Christian, this practice which is rooted from animism from over a hundred years ago is still practice today as an opportunity for the living to reunite, to touch and see, to help overcome grief and to reconnect with loved ones who had passed on. 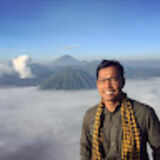