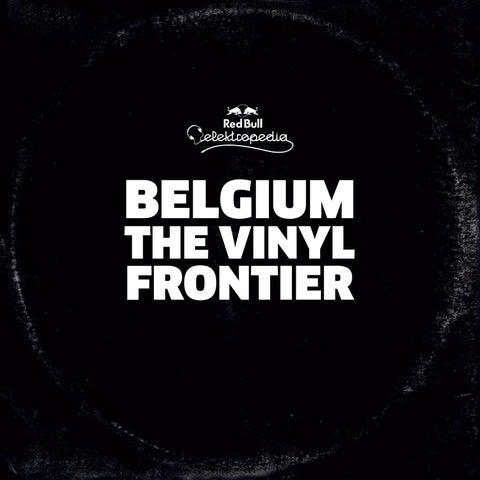 know what I was hearing, and where I could buy those records, but that wasn’t as easy as expected.”

Thanks to his mother’s ECI book club membership, Bart Van Neste laid the first stones of his record collection during the late ‘80s – her monthly order always left room for one record. And when supermarket chain Colruyt started selling vinyl, Bart’s father allowed him to take home one 7 inch single every week. To personalize his records, the teenager wrote the letters ‘XTC’ on the sleeves – knowing full well what they stood for. He never tried the smiley-pill himself, but growing up during the height of New Beat, it represented the world that Bart looked up to. Initially his collection was limited to releases that made it into the charts –

“I knew of the Confetti’s before I had heard of Boccaccio” – but thanks to his older friends in the school playground, Bart was eager to start digging deeper. Eventually, he got to join his friends on trips to Boccaccio, the most infamous club in the history of Belgian club culture. Bart made sure that the rest of the group could insouciantly indulge themselves. “I kept hold of the keys, and in return I got to tag along – which was a pretty fair deal actually. Standing before the famed gates of this dance temple, I was pretty anxious to get in. I knew electronic music from the radio, but there I discovered the most exciting stuff I had ever heard – and it just kept going, all through the night. I wanted to

Bart describes his pubescent years as a pre-Discogs period during which there was no such thing as the internet or Shazam, and the music that he was so eager to discover seemed far out of reach. A first enlightenment came to him in the form of DJ tapes. “They used to be big business; a lot of clubs offered cassette tapes with that night’s sets for seven hundred Belgian francs. I even saw DJ booths with as many as 32 tape recorders hooked up to ‘m – just to sell as many tapes as possible. One time, me and my friends were handed a whole stock of tapes at once – ‘souvenirs’ from one of my friends’ uncles who, as a policeman, took part in a raid on the La Rocca club in Lier. Seriously, we really hit the jackpot on that one!” Putting the whole nightlife scene even more into a historical perspective, Bart nostalgically reminisces about how he also engaged in tape trading: people from all over the world exchanging tapes with each other by mail. At that moment in time though, Bart’s journey had barely begun. Now that he had access to the club tapes, he was determined to also identify this exhilarating music. “I could get so incredibly frustrated if I couldn’t pinpoint exactly what I was hearing on those tapes. I still have this old tape from La Rocca that has two killer tracks on it that I

I don’t think that taste is subjective. If you can’t admit to the fact that there is something better out there than the Beatport Tech House Top 100, then you are either full of crap or you have no idea what you’re talking about.

still haven’t been able to identify. And it took me no less than nine years to unearth a copy of Higher in the Sky by The Mackenzie. I felt like a kid in a candy store when I finally lowered that record onto my turntable.” It’s a shame, he says, that all that magic is now gone – mainly because of the internet. It’s not that it bothers him that it has become a lot easier to identify a record but he doesn’t like it that young DJs no longer possess the virtue of patience. Bart purchased a big part of his collection at Ghent’s Music Man record store. Every Thursday night, he rushed over there to obtain a copy of his favorite new releases, which generated no small amount of stress. “That store was my only source when it came to new releases. If I showed up too late, somebody else would have most likely beat me to the punch. My nerves were frayed the most when Richie Hawtin started putting out a 12-part compilation under his alter ego Concept 1, releasing a new record every month. I had nightmares about somehow managing to get all but one. Come to think of it, I plan to do the same one day with my own label We Play House Recordings.” The older Bart became the deeper he started digging into the world of collecting vinyl. He found out more and more about electronic music thanks to his fellow DJs, nightlife magazines like Out Soon, and fairs like Kdx. A ballpoint pen and a blank piece of pa-

per to scrawl down track IDs became standard accessories when going clubbing. His alarm clock would go off in the middle of the night to bring some eBay auction to a successful close – after which he would send a stack of bank notes by mail to sellers around the world; a process that is a lot easier nowadays thanks to services like Discogs and PayPal. Asked if online prices for second-hand vinyl are getting a bit out of hand, Bart reacts instantly. “It has always been like that: prices go up and down. Some hip Berlin DJ plays a record and all of a sudden everybody needs to have it. At the same time, I have a bunch of records that cost quite a lot of money when I bought them, and now you can get them at discount prices. The price wars have not gotten any better or worse. They just get a bit more attention because more people are involved. Bottom line though: you either choose to pay or you exert some patience and wait for the price to go down again.” Bart gets really worked up when the subject of MP3s is raised. “I was spinning records a few weeks ago when the DJ who was supposed to play after me showed up with a record bag. But then he also started to hook up his computer. Turns out he only bought old stuff on vinyl; new music he only gets digitally. I didn’t get it because all that new stuff is going to be old ten years from now. Even if his hard drive hasn’t crashed by

then, it still seems pretty inevitable that he’s going to regret it at some point.” Bart is going off like a preacher in front of a sinful congregation. The point of his sermon? Mediocrity. “It’s like a lot of DJs only play the tunes that are popular in this exact moment in time – just so they can fit in, or out of fear of not being booked anymore; even if they know that the songs they are playing are absolutely worthless. So why bother buying them on vinyl? In all honesty, I don’t think that taste is subjective, and there is definitely such a thing as objectively good music. If you can’t admit to the fact that there is something better out there than the Beatport Tech House Top 100, then you are either full of crap or you have no idea what you’re talking about.” With Bart, everything revolves around that pretty round object. He lives and eats off of it. His living room only breathes vinyl, and he has taken out a rock-solid fire insurance – “just in case.” Apart from a desk and television corner, all walls are filled with homemade shelves stacked with vinyl. The doorway to the kitchen is covered by a sheet that has the Technics logo on it – the brand of his (and pretty much every other self-respecting vinyl lover’s) turntables. He mostly listens to his collection while he is working or cooking, and obviously also during DJ sets. His sizable DJ booth takes up a central place in the liv-

ing room. New productions on his own label are standardly subjected to a test on the sound system, which was designed specifically for classical music. But despite the central place in the interior of his home, his vinyl records are clearly tools and not decorations. Only a few of the thousands of records get to showcase their artwork. “I never buy a sleeve just for the cover. San Soda, my colleague at FCL, has a whole collection of breast-related covers. You’ll never find something like that in my house.” Bart uses his records as often as he can in DJ sets all across the country, and if they get ruined, he just buys them again. Although Bart generally takes good care of his records, accidents can and will happen. “One night I was playing some tunes at Decadance, a legendary club in Ghent, when all of a sudden I see a glass of whiskey flying towards me, and landing right on top of my turntable. Somehow the music kept playing but my record turned out to be totally destroyed when I checked it afterwards. I threw quite a tantrum then but now I can see the humor of it - so I wrote the words ‘killed in action, by stupidity’ as a memento on the cover. And I obviously bought a new copy.” 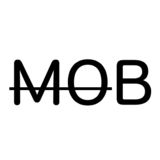