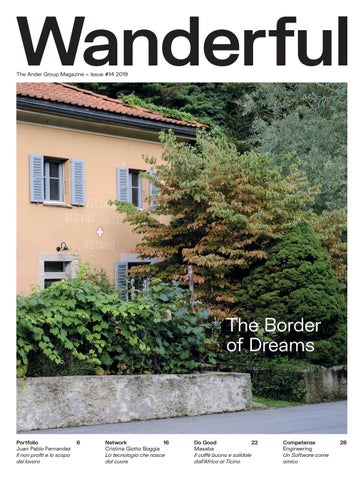 The Border of Dreams

On those days when the phone never stops ringing nor the screen ďŹ&amp;#x201A;ashing, when deadlines loom ever closer and the clock seems to be spinning out of control, we all have the same dream: to escape to a place of peace and harmony. A cosy sun-lit house, filled with beauty and embraced by nature, from which the stress of modern life has been banished far beyond the horizon.

Most of us dream only a moment, then sigh and get back to work, knowing that reality is very different. But Elisabetta Lazzaroni is not like most of us: she has the power to make dreams come true. “I had always wanted to run a bed &amp; breakfast, but I knew it had to be someplace really special. I’ve lived all over. – Paris, London, Barcelona – and I have high standards. At one time, I imagined opening a guest-house in the Caribbean with an excellent recording studio attached, where musicians could be inspired and perform, but then I decided to look closer to home, here in Ticino.” “My partner Donato and I thought we had found the right place – or at least a possible place – in 2012, but the sale fell through. We were very discouraged, but that night I had a dream of a wonderful house in a wonderful location, and I immediately felt at peace. I knew that I didn’t have to hurry or make compromises: the perfect place would reveal itself. And, one year later, I was standing in front of the Vecchia Dogana with the key in my hand. It was the house in my dream; I always knew it could come to me.”

buildings, such as schools. Let’s not disguise that, let’s celebrate it!” So the beautiful tiles in the breakfast room come from an old boarding school in Bellinzona; the charitable Alessia Association offered them and other furnishings for Elisabetta and her partner to take away. “We carried each one down three flights of stairs to our car, took them off to restore, and brought them here. A long journey – but worth it!” Some of the other furniture comes from the Albergo Milano in Faido town, that had been closed for more than twenty years. “None of this was the result of a plan – it was a process of discovery. The building itself showed us how to restore it.” And, crucially, there was help from the regional promotion fund (FPR), promoted by the Luganese Regional Development Agency (ERSL), which provided a grant: “they were very patient, because the work took a long time, but it would have been impossible without them.” Nature plays the lead role at the Vecchia Dogana; from every window, a vista of lovely plants spreads out across the valley. “It was like a junk-yard when we arrived, with things stored haphazardly all around the house. But I

Where nature is free to invent The Vecchia Dogana’s garden is a project in constant evolution, intended to foster the greatest possible biodiversity through gathering and preserving of local species. Particular attention is given to the spontaneous perennials and wanderers like mulleins, thistles and evening primroses, and to many other species that are less typical of the area: Elisabetta and Donato collect their seeds to plant them in specific places to create unusual groupings or combinations that highlight their beauty. All this is possible thanks to the decision to mow most of the 2,000 m2 lawn only once a year, and removing weeds exclusively by hand. It is an exhausting, fascinating job, which shows us that nature can always surprise if left free to create.

“Mother Nature is fantastic: she does everything for you – you just have to love her!” A late 19th-century villa built as a customs house on the border with Italy, the Vecchia Dogana looks out from the headwaters of the Lisora stream, in the village of Astano. A deep, silent, mystical lake fronts the ochre-tinted building with its dove-grey shutters. The vegetation of the hillside blends into a beautiful garden, without a single fence to mark the boundary. Indeed, the whole visual impression is perfect – and there’s a good reason for that. Elisabetta’s background is one of long and intense involvement in the arts. Her other job (she radiates such energy that she can clearly hold down three part-time jobs if necessary) is at the Laboratory for Visual Culture at the University of Applied Sciences and Arts of Southern Switzerland (SUPSI), although she is developing new tourism-related projects. She has also worked at the Locarno film festival and in films production for ten years, rising from runner to exective producer, and she narrates part-time for Swiss television. Her partner is also a photographer; they share a meticulous attention to detail, a fine aesthetic taste, and a cinematic flair. The Vecchia Dogana is their dream theatre. “When we first came here, we knew it needed a lot of work; we started a huge restoration project – with very little money! We therefore made a decision: we would find and restore second-hand furnishings appropriate to the building. It’s a public building, with visual touches that you might recognise from other public

had memories of a beautiful, natural garden at a house I once lived in, with mountain plants and fruit trees. So we cleared away the rubbish and started replanting with local plants – and for each species we planted, we found another growing next to it the next year; all this diversity just sprung up. Mother Nature is fantastic: she does everything for you – you just have to love her!” If there is an opposite to commercial mass tourism, with its identical hotels and price-comparison websites, this is it. “I went to tourism school,” says Elisabetta, “and I know what mass tourism is like – and I chose differently. What matters to me is hospitality: welcoming my guests as mistress of the house, offering them tranquillity, comfort, peace, beauty. That’s why the minimum stay is two nights: you need that time to lose the world and find yourself.” And on this night, there is an extra, unexpected touch to the hospitality: as the evening comes on, thousands of fireflies dart among the bushes around the lake and along the stream. “We drove back this evening,” says one guest, “and the valley was filled with little points of light. It was like a dream.” But this is no dream; it is real life… at the Vecchia Dogana. ∙ → Breakfast room with 40’s tiles. Table in solid wood from a grotto in Capriasca. Lamps from the Hotel Milano in Faido. In the background, a large chest recovered from an old convent in Astano.

“I had always wanted to run a bed &amp; breakfast, but I knew it had to be someplace really special.”

↑ At the basis of the renovation project of the guesthouse is the desire to have the least possible impact on the environment: it was therefore logical to recover and reuse existing materials, such as the tiles of the breakfast room, the parquet of the rooms and much of the furniture, which are now living a second life. → The original doors have been renovated and, in almost all the rooms, Elisabetta has recovered part of the old plaster hidden under different layers of paint.

“I knew that I didn’t have to hurry or make compromises: the perfect place would reveal itself. And, one year later, I was standing in front of the Vecchia Dogana with the key in my hand.”

â&amp;#x20AC;&amp;#x153;What matters to me is hospitality: welcoming my guests as mistress of the house, offering them tranquillity, comfort, peace, beauty.â&amp;#x20AC;?

The Tuscany of Switzerland The guesthouse is located in the Lake District between Lake Maggiore and Lake Lugano, just steps from Lake Astano in the Malcantone. Known as “the Swiss Tuscany,” Malcantone is one of the most characteristic areas of the country, known for its green and splendid landscapes. It is an ideal place to visit, both for those seeking tranquillity and those who want to be active, thanks to more than 300 kilometres of trails. The region also boasts a rich artistic and cultural heritage, including such sites of interest as the churches of Sant’Ambrogio in Cademario and Santo Stefano in Miglieglia, with their Romanesque bell towers and 12th and 13th century frescoes – as well as the Sessa gold mine, reachable on foot along an easy, enchanting path from the Vecchia Dogana. Malcantone completes its offer with delicious gastronomic traditions, particularly charcuterie, meat, dairy products, honey, and wine.

Hospitality is at home The Vecchia Dogana Guesthouse offers five rooms: four spacious double rooms (two of which have an extra bed for a child) and one single room, for a total of nine guests + two children. The bathrooms are shared: a decision taken not to spoil the rooms’ peculiarity. Guests definitely appreciate the hearty breakfast to which Elisabetta and Donato dedicate a great deal of their daily effort. The buffet offers a mix of seasonal ﬂavours and local products, including butter, yogurt, cheese and eggs from local farms, home-made cakes, slow-leavened sourdough from PaneLento of Lugano – one of the finest bakeries in the region – organic honey from Casa Astra in Mendrisio, and much more. The kitchen is where families love to gather in moments of relaxation and sharing; coffee, teas and fresh seasonal fruit are always available. Elisabetta’s goal is to make each guest feel as pampered they would in their own home, and many small details show it: white linen sheets, honeycomb bathrobes and towels, tablecloths and fabric napkins, and handmade soaps by SOALP Alpine cosmetics.

→ The original larch parquet, centenary, has been recovered through a meticulous manual cleaning work, so as to preserve the relief given by the wear and tear of time.

The path winds up into the mountains, getting ever steeper and narrower as it goes. When you follow your dream, it can feel as if you are disappearing from the world, heading possibly for a dead end. But if you have thought through every step and gained the knowledge of yourself and life to dream in perfect clarity, then the path will bring you to the place you dreamed of: the silent lake, the blossoming garden, the warm-tinted and sun-lit house. And as the mistress of the house welcomes you in, you will say, as we did: “this is Wanderful.”

#14 The Border of Dreams 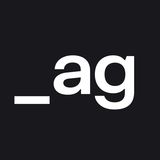 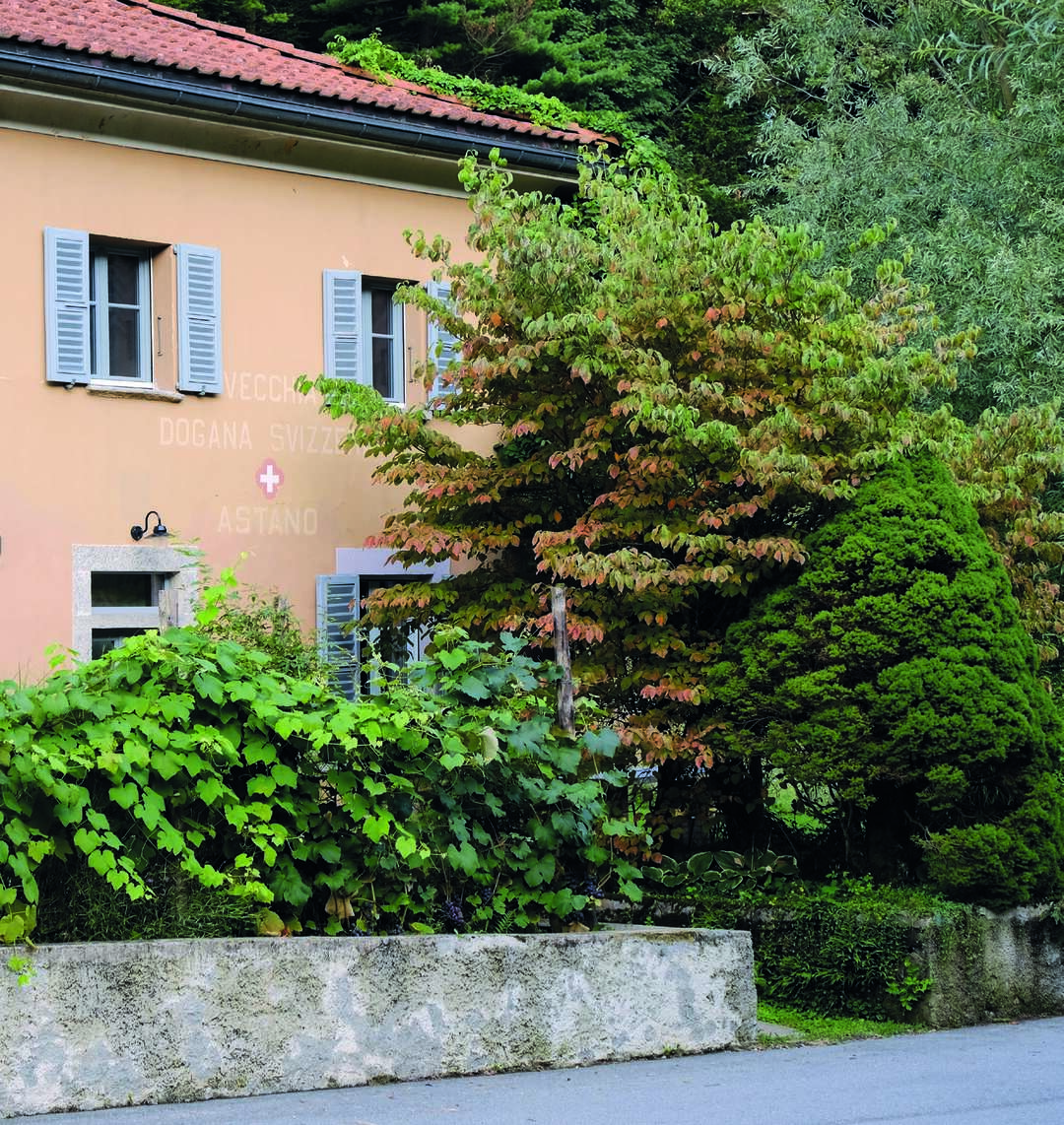 On those days when the phone never stops ringing nor the screen flashing, when deadlines loom ever closer and the clock seems to be spinning out of control, we all have the same dream: to escape to a place of peace and harmony. A cosy sun-lit house, filled with beauty and embraced by nature, from which the stress of modern life has been banished far beyond the horizon. 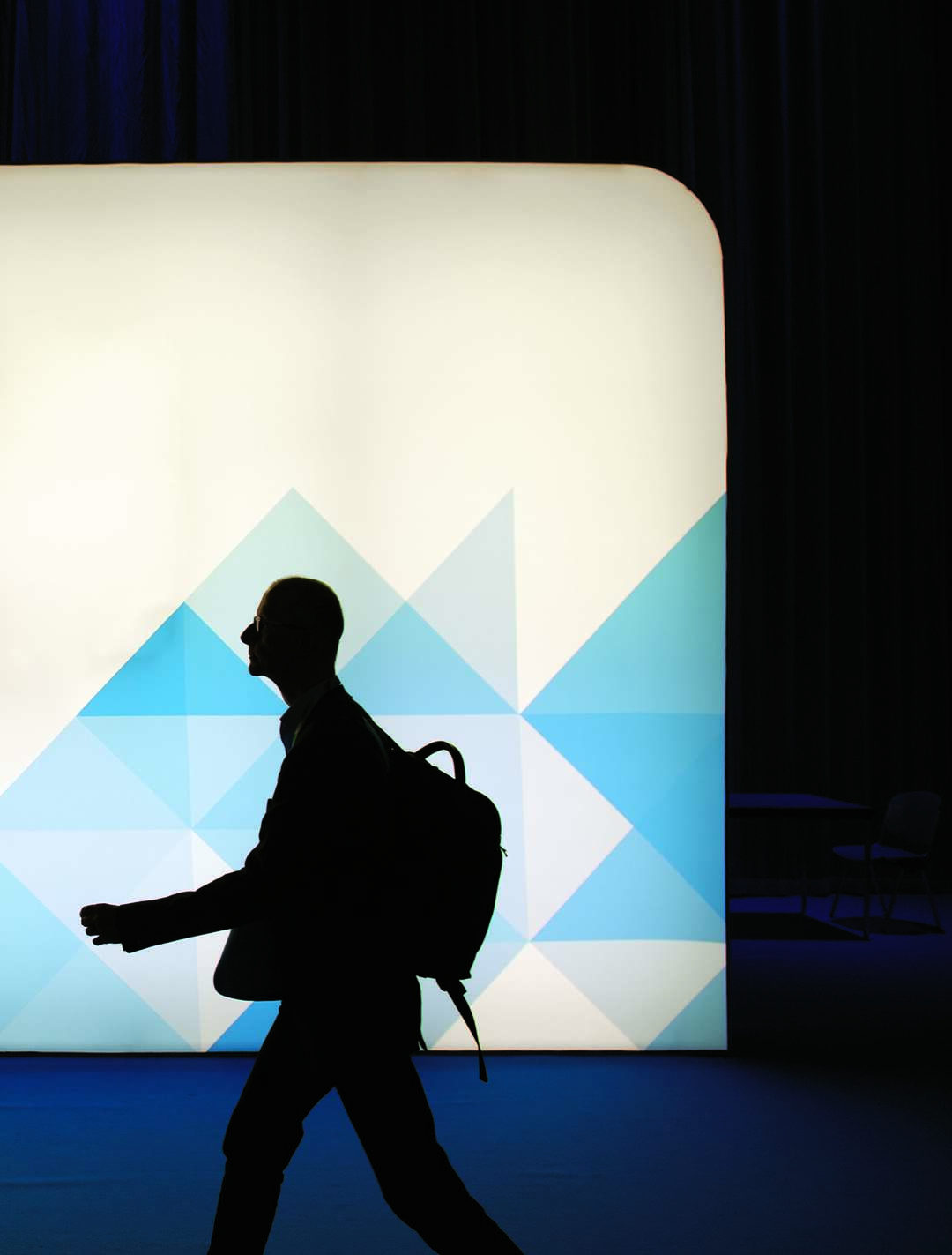 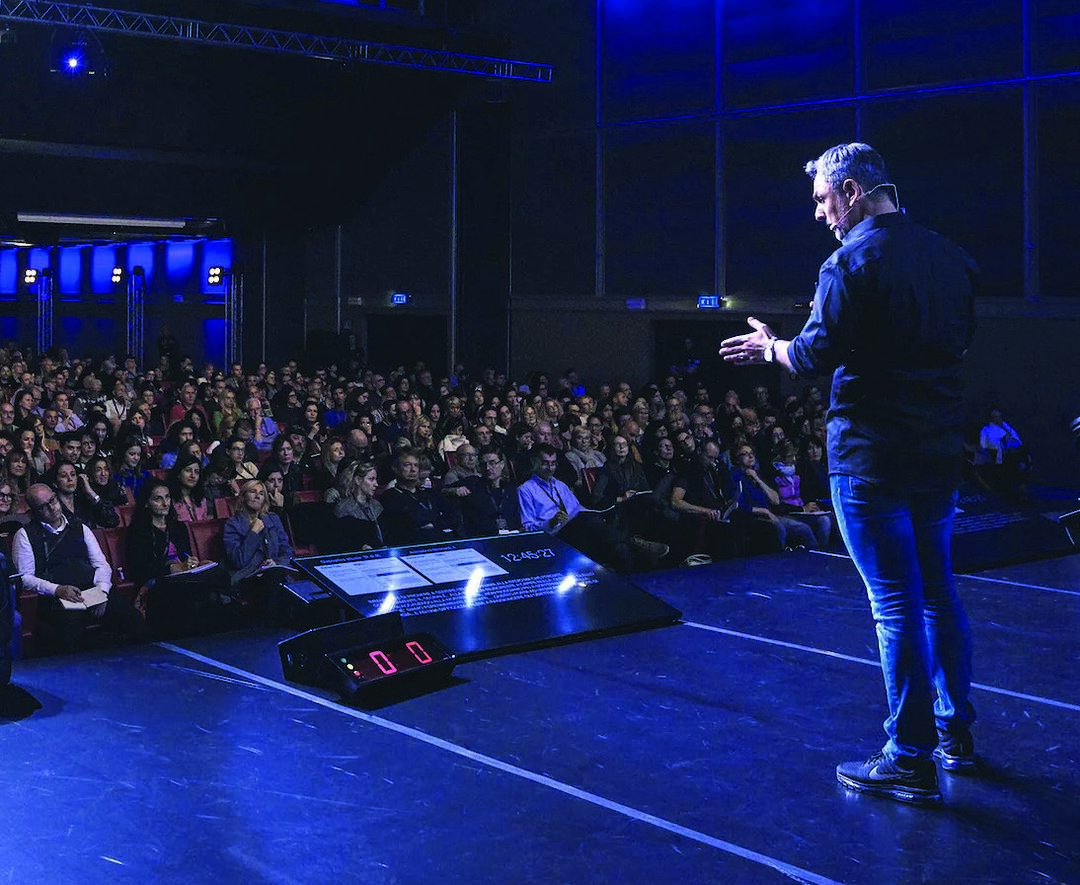 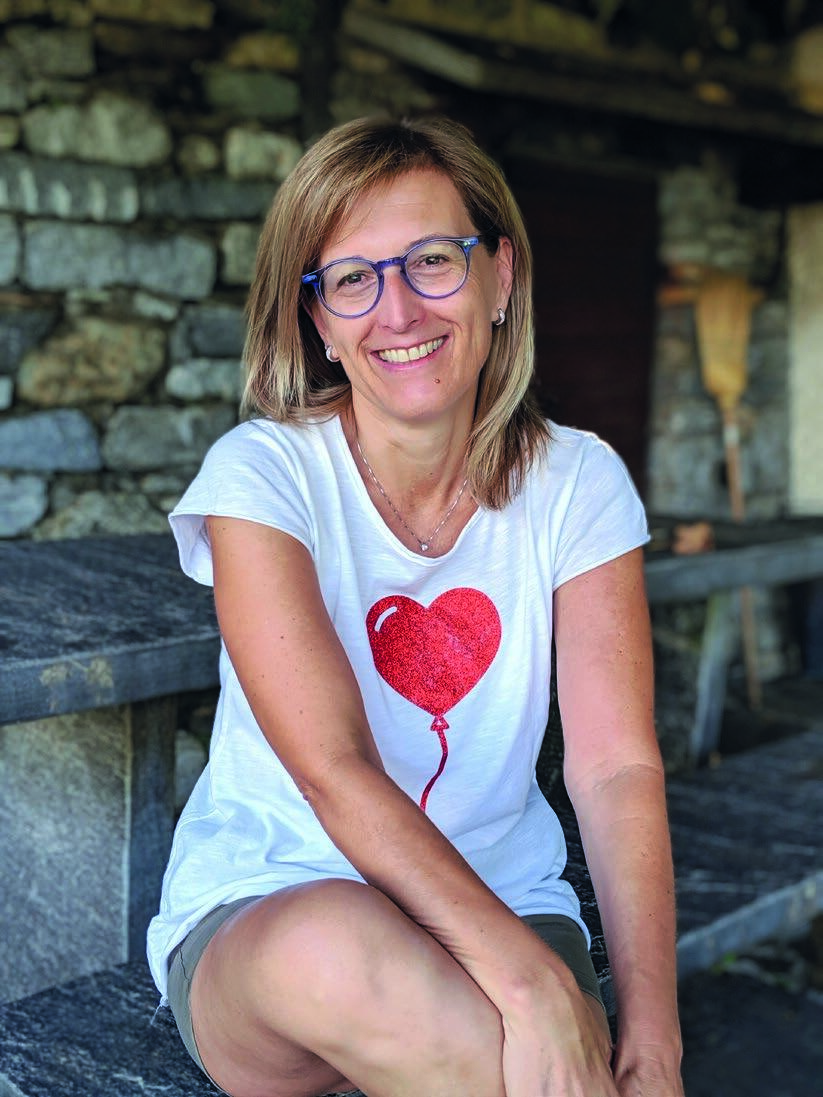 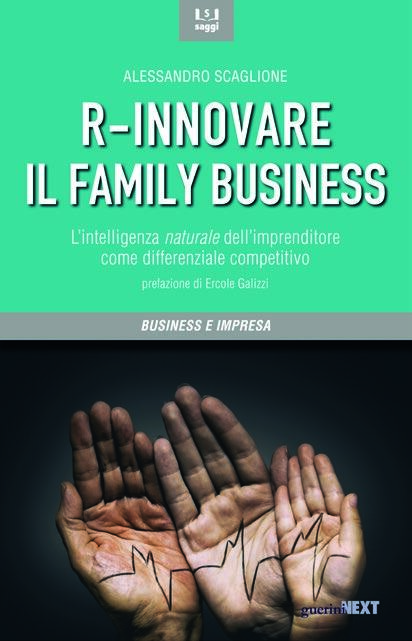 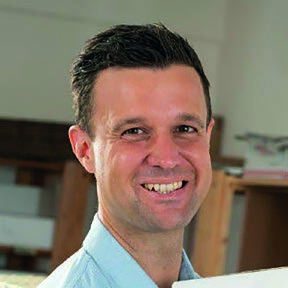 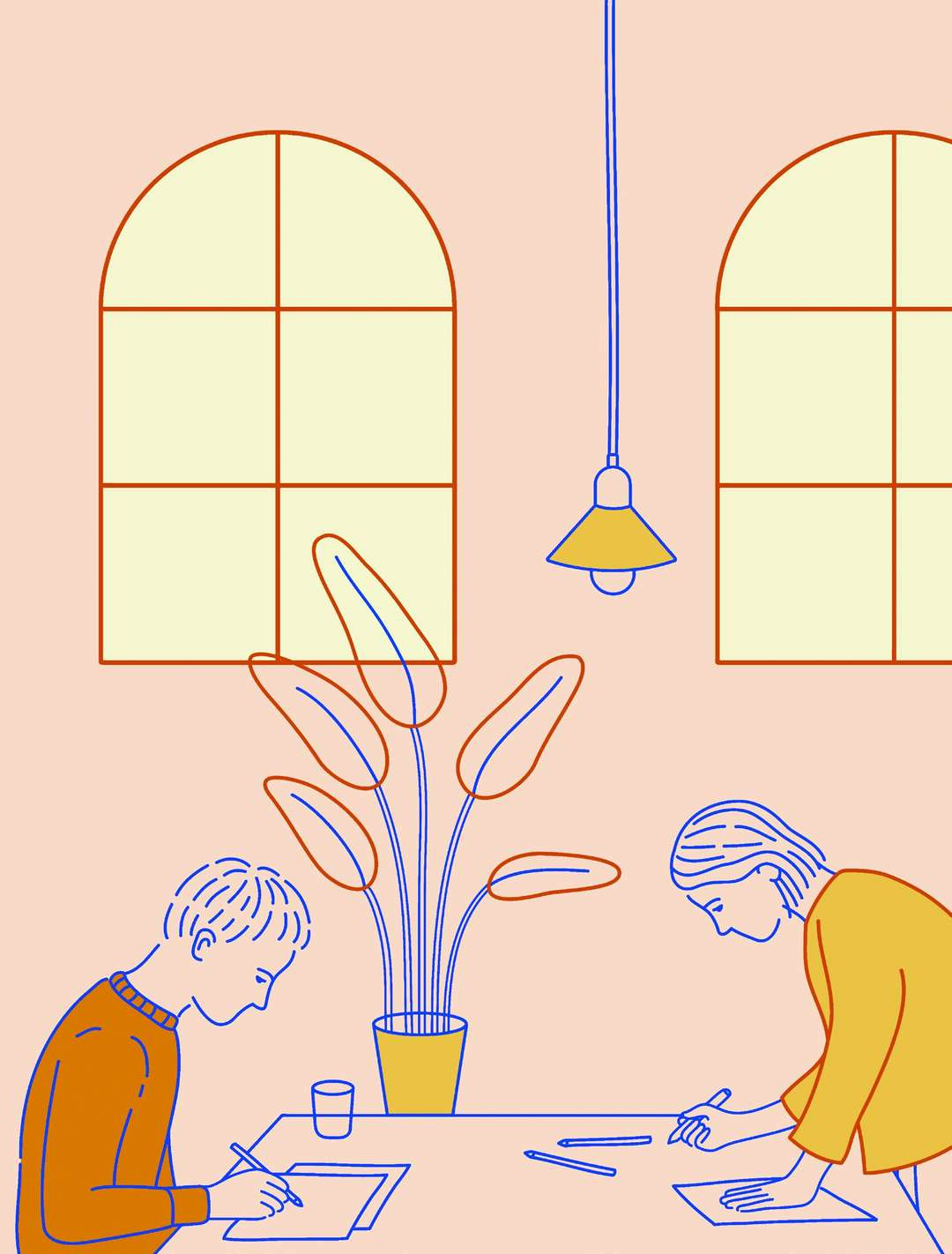