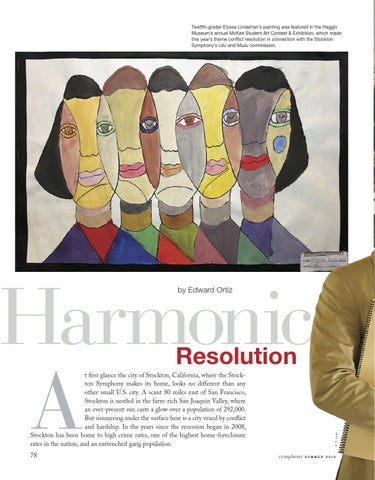 Harmonic A by Edward Ortiz

t first glance the city of Stockton, California, where the Stockton Symphony makes its home, looks no different than any other small U.S. city. A scant 80 miles east of San Francisco, Stockton is nestled in the farm-rich San Joaquin Valley, where an ever-present sun casts a glow over a population of 292,000. But simmering under the surface here is a city vexed by conflict and hardship. In the years since the recession began in 2008, Stockton has been home to high crime rates, one of the highest home-foreclosure rates in the nation, and an entrenched gang population.