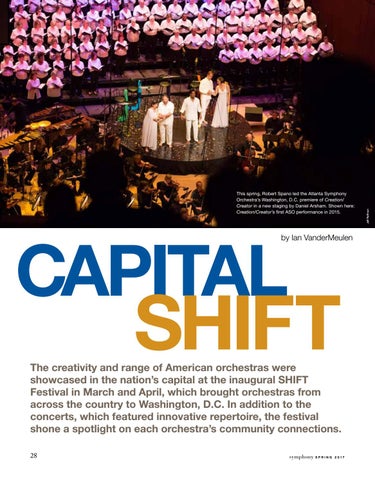 The creativity and range of American orchestras were showcased in the nation’s capital at the inaugural SHIFT Festival in March and April, which brought orchestras from across the country to Washington, D.C. In addition to the concerts, which featured innovative repertoire, the festival shone a spotlight on each orchestra’s community connections. 28