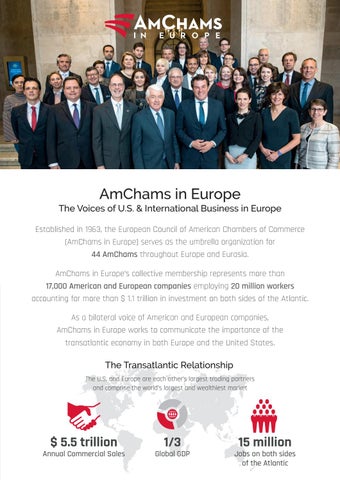 The Transatlantic Relationship The U.S. and Europe are each other’s largest trading partners and comprise the world’s largest and wealthiest market

Jobs on both sides of the Atlantic

Read more about the 44 AmChams at www.AmChamsinEurope.com

What are AmChams? AmChams are independent, non-governmental business associations all accredited by the U.S. Chamber of Commerce in Washington D.C.

Why Join AmChams? With a presence in 42 countries, AmChams in Europe is the largest network of international chambers of commerce in Europe. Leverage this network to develop your business in key European markets by engaging with individual AmChams. AmCham membership provides companies with: • Access to relevant government officials • Knowledge exchange and network development for local / regional leadership • Specific industry and cross-industry committee programs • Increased company visibility with key stakeholders 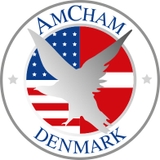