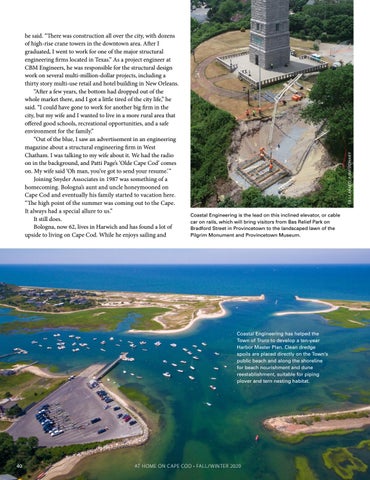 he said. “There was construction all over the city, with dozens of high-rise crane towers in the downtown area. After I graduated, I went to work for one of the major structural engineering firms located in Texas.” As a project engineer at CBM Engineers, he was responsible for the structural design work on several multi-million-dollar projects, including a thirty story multi-use retail and hotel building in New Orleans. “After a few years, the bottom had dropped out of the whole market there, and I got a little tired of the city life,” he said. “I could have gone to work for another big firm in the city, but my wife and I wanted to live in a more rural area that offered good schools, recreational opportunities, and a safe environment for the family.” “Out of the blue, I saw an advertisement in an engineering magazine about a structural engineering firm in West Chatham. I was talking to my wife about it. We had the radio on in the background, and Patti Page’s ‘Olde Cape Cod’ comes on. My wife said ‘Oh man, you’ve got to send your resume.’ ” Joining Snyder Associates in 1987 was something of a homecoming. Bologna’s aunt and uncle honeymooned on Cape Cod and eventually his family started to vacation here. “The high point of the summer was coming out to the Cape. It always had a special allure to us.” It still does. Bologna, now 62, lives in Harwich and has found a lot of upside to living on Cape Cod. While he enjoys sailing and

Coastal Engineering is the lead on this inclined elevator, or cable car on rails, which will bring visitors from Bas Relief Park on Bradford Street in Provincetown to the landscaped lawn of the Pilgrim Monument and Provincetown Museum.

Coastal Engineering has helped the Town of Truro to develop a ten-year Harbor Master Plan. Clean dredge spoils are placed directly on the Town’s public beach and along the shoreline for beach nourishment and dune reestablishment, suitable for piping plover and tern nesting habitat. 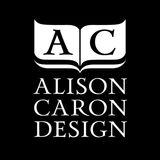