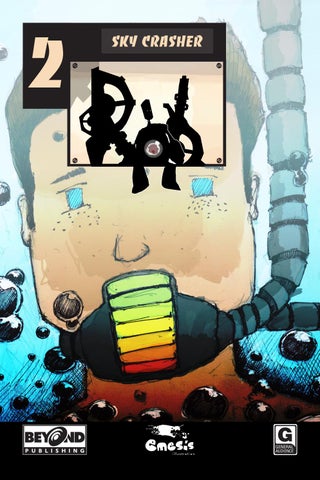 2000 years from now, the children of man has continued in the paths of their foreparents. made to be like them in everyway, they have continued their legacy, a bubble of the past keeping the memory of man alive. PROduce.... produce .... endless building projects, ever expanding cities. this is the legacy of man.

The Huge guardians have been slowly losing power, and with that their abilty to continuously pull water from the surface to the city. This once glorious triumph of human ingenuity is falling apart.

they have depleted every ounce of life from their surroundings.

The earth died, because of this, yet even though it died, they will never change, they will continue until the point it costs the ultimate price.

The death of their way of life is on the horizon.

THings may seem quiet but, Tension is building in the city of Zo’mesa. Rationing and Power cuts have driven its residents to the point of protest.

It’s like my body is being overridden by something what’s going on here ?!

THis place looks like a ghost town, is it possible that everyone is going to the city center? Something is really wrong

Hey dad! why are we all going to the city center ?

Both the main streets are so clear. maybe we are going to do something about these past few months of rationing its really getting crazy. I barely got enough power this month alone But a city wide protest ? this has never happened before. looks like my body is taking me that way as well, maybe i can ask someone in the center to help me before this goes too far

2000 cycles and we never learned ! there we need more power !

ldnt you shou be here ! LEmme THROUGH!

in the past, we lived along side our fathers, happily working and caring for their needs, we donâ&amp;#x20AC;&amp;#x2122;t know exactly when the great migration happened, but we were left here to carry on their legacy. this side of the city, stood for the 2000 cycles, the only reminder of our begining. am i walking on the same path of my father ? the same route he took as part of the great migration ? if we just had more information on it, thereâ&amp;#x20AC;&amp;#x2122;s no record when this happened.

following the path of the great migration, takes me to the settlement of the gaurdians

THE SETTLEMENT OF THE GAURDIANS

wow, this path leads to the outside of the city, Iâ&amp;#x20AC;&amp;#x2122;ve never been there. no one has ever been there, why would my body want to go this way ? the settlement looks just like they left it, even the clothes are still on the line. the garbage is still here, this is haunting.

the dying gaurdians unable to produce their shroud of steam, are unable to block the view. this is a different earth ? 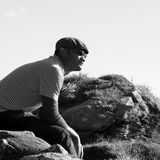