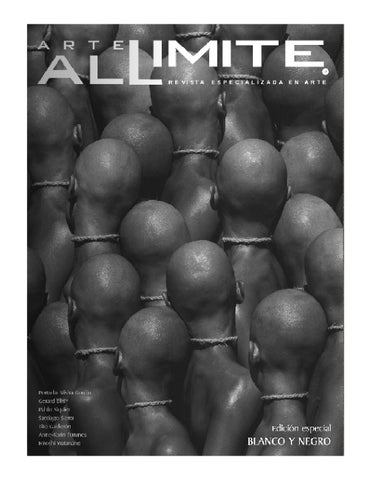 TRANSLATION  OF MAGAZINE ARTICLE                                            Arte Al Limite ‐  San9ago de Chile ‐ May‐June, 2008  “AleFe Simmons‐Jiménez: Emo9onal Duality”  By Tomás Vio  Black and white, with all its contrasts, lights and shadows, stand out in the work of this visual ar9st of US origin.   Having experienced living in Italy, the United States and the Dominican Republic transformed her into a  mul9cultural ci9zen who explores her passions and fears through pain9ng, video, installa9on, and sculpture.  “Freedom is a major theme for me.  I admit that I have a lot of freedom in my life, but for some strange reason, I  have never escaped from a constant feeling of being contained.  My work reﬂects these duali9es”, says AleFe  Simmons‐Jimenez about her sculpture, video, pain9ng and installa9on.  White rats climbing up a liFle black  ladder under a green background, and black birds in full ﬂight demonstrate this sense of escape, of restlessness  before a fragile sense of calm.  “Some years ago, when I began to work more with volumes and wire, I really started to see the possibility of  being more expressive with line and forms, using posi9ve and nega9ve in the space, combining back and white.   I realized that my small ﬁgura9ve sketches were aFrac9ve on their own.  I began making larger pieces, ﬁrst with  white lines on solid black, and later the opposite.  The technique ﬁltered into everything I was doing”, she says  in respect to her rela9onship with color.  “It is very interes9ng to think about what an ar9st can or cannot do.  Years ago, in the university, normally they  would tell us what colors could be used and those that were terribly soa, and as such, prohibited:  pale green,  magenta, and pink”, adds Simmons‐Jimenez, who has long since overcome the fear of experimen9ng with any of  the colors of the paleFe, improvising without hesita9ng, either with black and white, or with color.  This  experience has led her to freely depict the natural world, human beings, and animals as allegorical elements in  harmony with or in contrast to the environment that surrounds them.    Much of the fauna immortalized in her works may seem lea to chance, but the majority stem directly from her  person experiences.  Flocks of birds that perch on electrical cables along the highway inspire the black birds.  “I  have observed them for years; how they take ﬂight simultaneously and in an instant they all return to perch in  the same spot.  Other animals, the white mice that appear in my work, are linked to the ones given to me as a  gia when I was a child.  It is the groups, the social situa9ons and the masses that I use as a reference”, says the  ar9st.    In her work, AleFe u9lizes an intricate diagram of autobiographical references using elements that are  metaphorical and repe99ve, with double lives, both realis9c and abstract.  In this manner, her work begins at  the point of intersec9on where humans relate with the natural order of this world, the ar9st aﬃrms in her own  statement.  This last point, she adds, has always been a source of inspira9on, appearing in her work as ﬁgures  and paFerns encountered in shells, pebbles, nests, and seeds.    To Edit the Mind  AleFe Simmons‐Jimenez was born in the United States and currently resides in Miami, Florida.  Her ancestors  are Germanic and she spent the ﬁrst years of her life in Italy.  Later she relocated to the Dominican Republic,  where she lived 18 years.  To have a nomadic and mul9cultural life has had a large inﬂuence on her career and  the manner in which she confronts her work the moment she ini9ates a visual challenge.    “To be inﬂuenced by many combina9ons of cultures is diﬃcult to handle.  What appears visually in my work is  very complex to confront.  I would really like people to forget about analyzing the details and respond to the  work on an emo9onal level.  I feel “La9na” in my heart and German in my mind.  It is interes9ng to move  between cultures and feel at home everywhere.  I do not believe that one place alone deﬁnes who I am”,   explains the ar9st.

Gradua9ng in 1975 from Newcomb College of Tulane University, New Orleans, LA, AleFe has exhibited her works  in France, Spain, Luxemburg and Puerto Rico, among other countries.  She usually works in pain9ng, sculpture  and video, all at the same 9me.  “Some9mes it can be a bit diﬃcult and I have come to realize that I need to edit  my mind.  A liFle discipline may give more balance to my work and to my own personal life”, she says with  convic9on.    At this moment AleFe is preparing a group exhibi9on of ten ar9sts that will be presented in October of this year  in the United States.  The project is in the planning stages and will involve gigan9c outdoor sculptures.   The  chroma9c scheme of the ar9st’s piece will follow her line of black and white.    Besides her visual works, AleFe is the founder and director of Arjormz Alterna9ve, an open collec9ve. She states:  “I have directed it for four years with the help of a businessman and another friend who comes in a few days of  the month.  I have a heavy agenda yet I con9nue with the project because being in contact with ar9sts and the  community helps me to create a s9mula9ng work environment.  Art balances my life; it is where I connect  intellectually and crea9vely”. 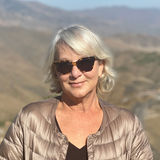