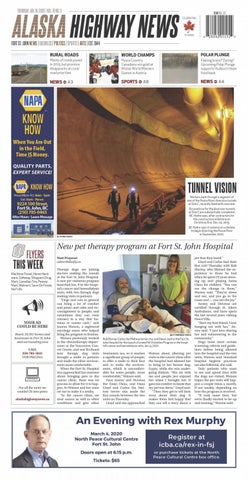 Toronto Maple Leafs defenceman Morgan Rielly will miss at least two months after suffering a fractured foot in a loss to the Florida Panthers on January 12, 2020.

ATHLETE OF THE WEEK NATHAN NARCISO BASKETBALL Nathan was the sixth man for the senior boys team, coming off the bench and playing with an incredible amount of heart.

The 2019-20 North Peace Grizzlies Athletics season resumed last weekend with all four basketball teams in action. The junior girls started 2020 off strong with a tournament win at the Chetwynd Winter Basketball Tournament. After a bit of a slow start, the Grizzlies opened the tournament on Friday night with big wins against Bert Bowes and Tumbler Ridge. Both games were huge team efforts, with scoring contributions from almost all of the girls. On Saturday morning, the Grizzlies took on the Chetwynd Senior Team. Having had time to work on a new defense and full court press, the girls started with an intensity and focus that Chetwynd couldn’t match. With a final score of 66-14, the Grizzlies advanced to the final place game, which was a rematch against Chetwynd. The girls finished the tournament strong with a 77-14 win. Congrats girls! The junior boys opened the Condor Classic at Duchess Park against the home team with a decisive 57-41 win. The win put the boys up against the top team in the tournament — Charles Hays Rainmakers. The Grizzlies put forth their best effort but the eventual champions were too much to handle and the boys suffered their worst loss yet, 50-22. The next game was a thriller against a surprisingly strong DP Todd team, who lead the Grizzlies the whole game. A change in defensive strategy with three minutes to go in the 3rd quarter helped the Grizzlies chip away at the opponents lead, but they were still down 40-52 at the end

of the third. A huge defensive effort from the team led by Temmy, Devon, Cy and Zack brought the team to a lead of 1 point with 17 seconds left in the fourth. A good free throw from DP Todd tied the game at 61 with nine seconds left. Again, the team relied on tight individual and team defense to force overtime. In overtime, a big three-point shot from captain Cy Bellamy and a lay up from co-captain Devon Lee sealed the win for the team with a final score of 66-61 and a third place finish. The senior boys were at Prince George Secondary School at a tournament that ended up being their biggest challenge yet. In the second round they played DP Todd, the third-ranked AA team in B.C. It was a close game the entire time, but Grade 12 player Liam Peterson led the team to an 8479 victory with 35 points. They made the final against Charles Hays, but lost 95-68. The senior girls started the new year in Grande Prairie, winning the consolation final against High Level. Jordynn McPherson was named a tournament All-Star, demonstrating hard work, energy on the court, and teamwork, while averaging 20 points a game. Up Next: The junior teams are playing at home this weekend in the New Years Classic, co-hosted by North Peace and Bert Bowes. The senior boys are in Grande Prairie at GPRC. The wrestling team is at their first tournament of the season at Alexander Forbes school in Grande Prairie. — Sam Stackhouse

The Mixed No Cap League resumed bowling after the holiday break on Wednesday, January 8, 2020. 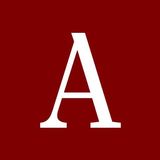