The New, the Old and the Media of the Future 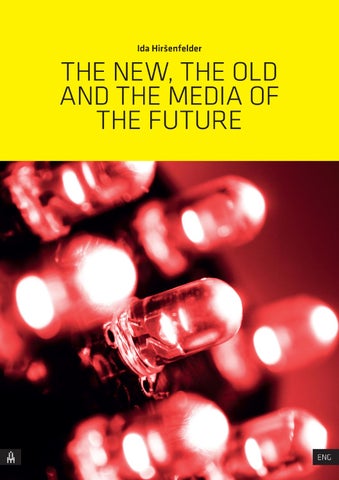 The new, the old and the media of the future Formally speaking, in the context of visual art practice, Time Slip (2008) as a text running on a LED display adopts similar material to the one conceptual artist Jenny Holzer uses in many of her works. However, there is a fundamental difference between the two, and it resides in the way the meaning is produced. The impetus of both pieces derives from a socio-political observation and a critique of mass media; they both produce seemingly contradictory statements that suggest an alternative view of the world. Nevertheless, they come from very different standing points. If we were to adopt Lev Manovich’s somewhat

humorous division between the two as the difference between a Duchampland, anchored in the ready-made, and a Turing-land, supported by an active algorithmic system, then we would understand that we are dealing with two very different cultural interfaces. Humorously still, the artist made a minimalist image of one bit on black background entitled Memorial for The First Bit (2001) dedicating it to the beginning of the Turing-land way of thinking. Antoine Schmitt often emphasises that the radical difference of algorithmic/ computer/programme art is the adaptation of a specific formal language that produces an entirely “new” culture of seeing and understanding of the world

we are living in. The artist/programmer does not create but rather predicts the potential shape of the piece that is active, semi-automatic and is subject to the production of glitches. However, the new reign of technology is not without contradictions. The constant “newness” of the media has been addressed in critical theory with regard to understanding history as a continuation rather than a constant discontinuity of culture, which would restrict us to see only as far as the last new thing. This critique is successfully dealt with in Time Slip, because its basic function is to construct an ambiguous relation between the now, the past and the potential. The text in Time Slip displays a continuous stream of “new news”. Computer software transcribes official online newscasts by the news agencies from the grammatical past tense to the future tense, absurdly repeating the constant now. But when Antoine Schmitt speaks about the “new”, it is not so much in regard to history or memory, but in regard to the phenomenological radicalism of computers, which provide us with mathematical and algorithmic cognition, which would not be possible

without the “new” media, i.e. the computer. We are talking about the language of “symmetrisation, transformations, mathematical functions, moiré pattern, permutations, interpolation and extrapolation, matrix calculus, and random numbers”,1 which is to some extent a product of culture, but it can also be seen as a semi-autonomous system that enables us to view culture as a synthetic process. It is not only important what the machine does, but also how it does it. In this sense, computer-generated art has a tendency to 4

demystify the operation of software, leading the artists to support opensource ideas by authoring algorithms and making them available for further use and manipulation. “The extent to which artists understand and can control technologies is a perennial issue in technological and scientific art. […] The more an artist understands, the more power he or she has to explore and adapt the technology for art and to contribute to the cultural discourse about those technologies.”2 It is somewhat relevant that Schmitt does not have an artistic background; he is above all an engineer and a programmer who has decided to express his ideas in the form of art at a very specific point in time, that is, when the web was made public. He found the idea of a logical sequence embedded in a machine intellectually intriguing, not just from a technical but also from a cultural and perhaps poetic point of view, and therefore started to instruct the computer to generate audio-visual displays. Since the mid-nineties he has lived, as he says, parallel lives – as a highly specialised freelance programmer and as an artist. Sometimes the two come together, e.g. when designing

the behaviour of sensitive objects for the company Violet programming the Nabaztag toy. Later he used it in a complex piece Nabaz’mob, opera for 100 smart rabbits (2006), composed in collaboration with Jean-Jacques Birgé. The rabbits were set to produce sound with a minimal time delay and repetition in order to produce a sound reminiscent of some of the experiments of Cage, Nancarrow or Ligeti. The musical and choreographic score was composed in three movements, and transmitted via wi-fi. 2

Time Slip raises another issue that is prevalent in the work of Antoine Schmitt â&amp;#x20AC;&amp;#x201C; the relation between cause, effect, randomness and free will. It is a visual manifestation of the dynamic procedures of information processing embedded in todayâ&amp;#x20AC;&amp;#x2122;s culture. He explores the ways in which our society is coded in order to prevent change and to successfully tranquillise the citizens with the inevitability of the catastrophic events reported via mass media. The news inform the public about past events, therefore inherently promoting the passivity of the receiver, for there is nothing that can be done and all hopes are lost. By manipulating or rather hacking the news to inform the public about what will occur in the future, the artist electrifies the comfortably numb public to become responsible participants in world events. Time Slip breaks through the determinism of information that accumulates quantitatively rather than qualitatively and it provides a view of the unseen processes from which they grow. The work generates uneasiness by giving the receiver a possibility to change the future, but the frustration is not overcome. On the contrary, it emphasises the awareness of inability to take action, causing a mere discomfort to become a true anxiety.

The viewer is in fact introduced to the lack of any choice. For the system will continue to produce the news regardless of the intentions of political subjects. Ambiguously, the artist uses the formal logic of the programme to unveil the determinism and the lack of free will in society. In this sense, the automatism of the programme itself can be seen as a metaphor for the arbitrary dictation of mass media in the service of producing submissive and passive citizens. Mass media are like an algorithm; they only function to make the system operate, not to inform. 8

The political agenda is otherwise often quite hidden in other works by Antoine Schmitt. Perhaps most directly political is the programmed fictional character named puppetpresident (2004), which was created using a readymade chatterbot engine called A.L.I.C.E., driven by the standard chat rules written by Dr Wallace and distributed on the pandorabots web site, which the artist had further customized. The interactive chat with the puppetpresident is delusively personal and live; although we are fully aware that we are communicating with a machine, we cannot help but marvel at its ingenious nature that resembles our own thread of thoughts so accurately. This is like the previous work, only in the reverse order. If we observed Time Slip as a metaphor for automated society, than puppetpresident is a metaphor for organic digital life. In both pieces, our perception of what is real comes into question. The intriguing quality of this virtual character, for example, is not its capacity to transport the user of the chat into an artificial world, but rather in its ability to bring one to the boundary between the real and the virtual. An urban myth has it that Einstein proclaimed computers incredibly fast, accurate and stupid, humans incredibly slow, inaccurate and brilliant,

and together they could do unimaginable things. Whoever the quote belongs to, it is most certain that the most fascinating aspect of life today resides in things that are not limited to the real, and neither are they fixed within imaginary worlds. In both pieces the artist uses text generators to simulate the linguistic structure of the spoken, that is, natural language. Through his work, Schmitt makes the audience aware that subjectivity is part of computergenerated information and that nowadays one cannot divide the virtual from the real. He deals with the so-called enhanced reality that often takes on a poetic and highly aesthetic form. In a collection of visual installations entitled

Still Living (2007), he still refers to the political, but the message is already conveyed in a highly aesthetic and minimalist manner. The artist programmed a series of visualisations for statistical data as though it would be a playful organism, depending on the ecosystem of the computed environment. He generally treats his programmes and their visualisations like creatures, with their own presence, which is defined by “a subtle relationship between the motivation and the shapes and forces of the randomness, of the body and of the universe.” Aesthetically, his works are defined by strictly minimal visual effects that give way to the possibility of observing the entire poetics of the code. He represents the code by various minimalistic geometrical graphical representations, which are almost rudimentary (dot, line, surface) and which most often react to the environment. They can exist online, in a gallery or in open-air spaces, and they can cover any surface up to the whole architecture as in the piece City Sleep Light (2010), where the artist had transformed a whole building into the sleep light of the city, similar to the sleep light of a computer. It seems as though he has created his own interpretation of the William Gibson quote: “The sky above the port was the colour of television,

tuned to a dead channel.” At the same time, Schmitt devised several sitespecific installations, based on video mapping of the architectural interior and exterior, making way for the so-called soft architecture, which further challenges our perception of solid matter, physical reality and light emission. One of these space interventions was Pixel Noir (2010), which is anchored in formal questions of fine arts i.e. Malevich&#39;s consideration of how we perceive

a painting. This can be seen in a whole new perspective if we bear in mind the Memorial for The First Bit. The work is a visually generative installation, constructed from a black square painting, a computer, a video-projector and

a specific programme that allows luminous pixels to flock around the frame of the picture, never to enter the black square. Schmitt addresses a vast variety of themes, but in his stripped, minimal aesthetic it is possible to see that his primary interest lies in exploring the aesthetics of computation and the expressive aspects of interfaces that provide great potentials for semi-autonomous systems, alternative modes of interactions, generative graphics and subtle relationships between computers and human beings.

Ida Hiršenfelder THE NEW, THE OLD AND THE MEDIA OF THE FUTURE PostScriptUM #10 Series edited by Janez Janša

Previously published in Aksioma Brochure #12, Ljubljana 2011, on the occasion of the exhibition:

The New, the Old and the Media of the Future

To media art curator and critic Ida Hiršenfelder, Antoine Schmitt’s art and his project Time Slip ask us: nowadays, who can divide the virtual from the real? Time Slip is a LED news ticker operating in real time: a computer software transcribes official online news released by news agencies, changing the past tense to the future tense. In doing this, it constructs an ambiguous relation between the present, the past and the potential. Time Slip is about the relation between cause, effect, randomness and free will: reading news about facts that have already happened disallows the audience’s ability to be active about them; whereas, oppositely, reading news about the future raises anxiety and shows how the mass media proceed to produce submissive citizens, as opposed to informing them. Antoine Schmitt, a French installation and digital artist, is first of all an engineer and a programmer who began his career in IT during the 80s. 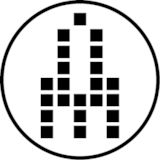