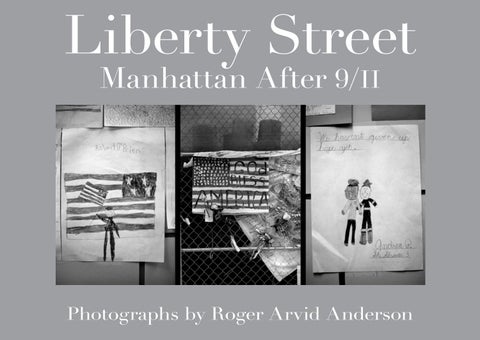 istory happens, and not only does it happen to others, it happens to us. By us I am referring to the proverbial you and me. In the early years of television in the 1950’s Walter Cronkite was the host of a program called You Are There. The series featured dramatic recreations of key events in American and World History. Seated at his anchor desk in a suit and tie Cronkite would invariably report on the action and then interview characters like George Washington. At the end of the program Cronkite would turn to the television audience and remind them, “What sort of day was it? A day like all days, filled with those events that alter and illuminate our times . . . and you were there.” And now we are there. Over the last fifty years, starting with the live coverage of the Kennedy assassination in 1963, television news has replaced newspaper headlines as the medium of the moment. With the introduction of the internet and cell-phones that time gap has continued to shrink. 9/11 will certainly be remembered as a national tragedy, but also as an event witnessed by the

world, much of it as it was happening. We all became participants in a grim but astounding reality show . . . Hi-jacked planes smash into the twin towers of the World Trade Center as well as the Pentagon. Fast-acting heroes prevent another plane from hitting the White House. Not only was the nation shocked, it was watching . . . Like many Americans I watched the twin towers burn and collapse on a television set. I had just turned 55 and was visiting my family home in Minnesota. When I returned to my apartment in San Francisco I became aware of the rippling effect that 9/11 was having on the emotions of the country. Overnight, ordinary Americans were putting up spontaneous placards and memorials to those who had sacrificed their lives. As a street savvy photographer I decided to document those heartfelt responses but with a national perspective. For over a year I packed two cameras and wore out three pairs of shoes as I walked America: cities, towns, villages. Provincetown on Cape Cod, Boston on the Charles, Norwich on the Connecticut, Manhattan on

the Hudson, Philadelphia on the Delaware, Chadds Ford on the Brandywine, Washington on the Potomac, Saint Paul on the Mississippi, Telegraph Hill on San Francisco Bay, Hollywood on Sunset Boulevard, Santa Monica on the Pier . . . that is America from sea to shining sea. In my effort to illuminate our times I recorded thousands of pictures on black and white film. As a photographer I soon discovered on my long journey you couldn’t aim a camera without finding a flag. Old Glory proved to be the one common but mighty thread that united the country as we mourned the dead, saluted the brave and reaffirmed our enduring commitment to the ideals of freedom. This focus volume is drawn from three visits to New York City. I call it Liberty Street. For those of you who never got to walk the streets of Manhattan in the year after 9/11 or move with the crowds among the memorials at Ground Zero this will be your chance. And for those of you who did, you may find yourself among these images . . . as testimony that you were there.

mne Trium Perfectum . . . latin phrase for everything that comes in threes is perfect. Rule of three: a principle applied to many disciplines in which the notion that things that come in threes are inherently stronger structurally and more satisfying visually. The triptych format featured in this collection of images is a deliberate choice. The word triptych comes from the Greek for three (tri) and to fold (ptyx). In Europe during the Middle Ages and the Renaissance altarpieces were frequently divided into three panels. These panels could be either paintings or sculptural reliefs carved from wood. The central panel was the largest panel while the two side panels were narrower and were hinged in such a way that the two panels could be folded shut into a single sealed unit. Triptychs also exist as three equal-sized panels. As a sacred format it owes a conceptual nod to the notion of the Holy Trinity, although the side panels were more

likely to contain portraits of patron saints, or prayerful donors solicitous of redemption. One of the era’s most famous triptychs is that surreal fantasy of grotesques and monsters called The Garden of Earthly Delights by the Netherlandish painter Hieronymus Bosch. It dates from around 1500. On a visit to Spain I saw the work in the Prado in the spring of 1970. I also visited El Escorial and happened to see King Philip II’s bedroom where the triptych had been kept for his private devotions. The triptych portrays the torments of damnation and the perils of life’s temptations. In the modern era the German painter Max Beckmann is noted for a series of triptychs, which I have long admired, such as Departure at the Museum of Modern Art in New York. Another triptych by Beckmann, Blindman’s Buff, can be found at the Minneapolis Institute of Art, which is the museum I visited as a child and adolescent. That painting and the other German Expressionist

pieces at the Institute were important influences on me at that time and remain so. When I was at Cambridge in England for my second degree I frequently visited King’s College Chapel, which in 1968 had just installed Rubens’ Adoration of the Magi behind the chapel altar. The installation was done as a triptych although the two side panels were black. Nevertheless, the impact was profound, and the memory of that isolating presentation has remained with me. Photography with technical facility lends itself to triptychs, grids and sequences. Commercial layouts have long exploited those options to promote people and products. As a photographer with a cinematic streak I tend to shoot in many takes as a director might on a film set. In some ways this explains why I took over 32,000 pictures in a year of roaming America. I might shoot a subject anywhere from 3 to 10 times. Trying to nab a candid moment can be an investment of time, film and patience.

Editing 32,000 images is in itself a daunting task. On the one hand I am always looking for that great singular shot, that stands alone. On the other hand I am also looking for strategic sequences that tell a story, or images that in their contrasting modes also tell a story. As I continue to spend more time with my 9/11 aftermath images, the more I felt drawn to the triptych format as the formal solution to telling a story through pictures. Since many of my 9/11 aftermath images concerned themselves with public and personal memorials to the dead and the heroic rescue crews, I felt drawn to the sacred

aspect of the triptych as a format for honoring what is holy, and I am treating holy as both a secular and spiritual concept. The triptychs can be seen as devotional tableau. As comments on life they move from the wry and the witty to the tragic and grim. I also like to call my triptychs visual haiku. Once again I bow to the rule of three, but as a literary standard. In the case of Japanese haiku, this extraordinarily short and compact form of poetry compels the poet to meet density with intensity. Haiku are severely limited to three sections comprised of syllables arranged in groups of 5, 7 and 5. Each section com-

ments on the other in some provocative way that leaves you with a thought or insight. I look for groups of three images that do just that, but as a visual dialogue. How thought and emotion weigh out will depend on you the viewer and the story you find there or perhaps bring to the images from your own experiences. In the end my work is all about story and a rewarding story is something we ultimately do together. As a hefty companion said to us on the bus yesterday, Iâ&amp;#x20AC;&amp;#x2122;m good with cozy. Roger Arvid Anderson May 26, 2015, San Francisco

Gone But Not Forgotten

Light on the Candle

Lord of the Fleas

O Say Can You See

Manhattan After 9/11. Photographs by Roger Arvid Anderson, 2001/2002. 158 pages with 450 images in 150 vertical triptychs. Foreward and essay, Visual Haiku, by the photographer. Images drawn from a year long essay across America documenting the human response to the tragic events of 9/11. Other focus books to follow. Archival prints can be ordered from the photographer. Contact information can be found on his comprehensive website: www.RogerArvidAnderson.com Copyright © 2015 by Roger Arvid Anderson. All Rights Reserved.