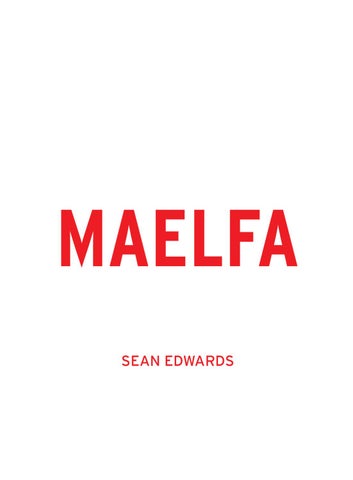 If you ask at the desk of the library in the centre of the Maelfa, Llanedeyrn’s shopping centre, they will hand you three ringbound files. As you take a seat next to a shelf full of audio books you’ll read the past, present and possible future of the very place you are at. In the photocopied pages, held in plastic leafs, you’ll find handwritten records of farmsteads and labourers alongside historical maps documenting a piece of rural Glamorgan that has long since vanished. Switching files, you’ll jump forwards in time to the mid1960s and come across drawings that show the proposed planning of a new town. You’ll see period perspectives of shoppers, parents with their children, prams, men in slacks and women in miniskirts going to the bank, the newsagent, the ironmonger, even the very library you are sitting in. You’ll see plans which show the Maelfa’s carefully balanced agglomeration of civic functions: community centre, day centre, shops, boiler house, pub and so on, all in technocratically calculated ratios that serve the new housing planned around it. Then you’ll read newspaper clippings about its opening. A caption reads, ‘The modern complex at Llanedeyrn is claimed to offer the largest covered shopping area in Wales. Officially opened on Monday, the last Saturday scene could well be described as peaceful. No doubt shopkeepers are hoping that there will soon be the clatter of many feet.’ Then, reading a report written a few years after Llanedeyrn’s completion, you’ll find that the clatter of shoppers’ feet never quite arrived. The file is scattered with poetically pained phrases such as, ‘There was a sense of abandonment that was difficult to explain’,

alongside diagrams whose primitive scribbles suggest a register of emotion usually suppressed in such documentation. Then you’ll open an envelope with more recent proposals for the demolition of the Maelfa and a new development to take its place. But even these latest plans are now history, a victim of the fiscal crisis, of the lack of commercial interest, or of local-authority backing or perhaps of a more existential inertia. This vision of the Maelfa’s future, though only a few years old, seems like the Maelfa’s other incarnations which are rooted in a very different time. Though you are here, in a satellite new town on the very edge of Cardiff, you could be in a thousand other places with almost identical histories and most likely similar futures. They might even look almost identical. If you step out of the library, you step into the present. You step into somewhere that is both entirely recognizable from those library files, but also entirely different. It’s true, there is a sense of abandonment, but it’s not that difficult to explain. The Maelfa is half closed down. Those views drawn by optimistic late-sixties draftsmen are now sparsely populated. As far as we know, even the Maelfa’s demolition has been abandoned. In a place disconnected from its pasts and its futures, all it has is the present.

There is something else in that sense of detachment, something that’s a curious product of the building plan’s arrangement. Of course there’s an outside to the Maelfa. It’s made of brickwork and concrete, formally resolved in late-modern blocky mass, with an outcrop of local authorityesque Brasília

in the expressive swoop of the roof that once served as the library’s reference section (now inaccessible). It’s the inside, however, that’s strange. In contrast to the blankness of its exterior, the Maelfa’s interior generates its own autonomous physics. Although it is described in the architect’s original plans as covered arcades, the effect is far greater: a landscape all of its own, separate from everything around it. It’s as though the building has turned itself inside out—the interior as a landscape, the exterior simply performing the boundaries of its rooms. Positioned on the top of a hill, this feels even stranger. Instead of offering views out over the rolling hills, you find yourself in an internalised space. Traces of the landscape remain— the floor tilts like an abstraction of the hillside rendered in black rubber, light falls in from concealed rooflights above abstracting typologies of an interior town square. Even what you’ll find inside the Maelfa seems like a strange introverted world: a bedshop (closed), a sunbed salon, a tattoo parlour, a secondhand furniture shop, pet shop, butchers, bakers (brand new), bakers (recently closed), a newsagent shop. An arcane record of local desires. Its windows don’t look outwards to the landscape. Instead the shops that are empty and dark create reflections that extend the Maelfa’s interior into a ghostly double. Cupping your hand to the glass to peer beyond this surface reveals the shops’ own gloomy interior spaces, picked out by highlights of strewn paper. The stores that are still open present unlikely displays—confusingly intimate arrangements of secondhand furniture or a huge index of tattoo designs pinned up in arrays of A4. There’s a sound too, soft echos of things happening somewhere out of sight and a quiet and somehow relaxing hum that might come from distant refrigerator units—the kind of

Immediate surroundings west The western edge of the site is defined by a large change in level as well as Llanedeyrn Drive. The change in level is accommodated through an existing structure. Llanedeyrn Drive runs parallel to the site providing the main vehicular access. A pedestrian footbridge provides a segregated connection to the local centre. Beyond this are three-storey blocks of flats arranged within a â&#x20AC;&#x2DC;Radburnâ&#x20AC;&#x2122; layout.

Maelfa is the focus of artist Sean Edwards's portrait of the near derelict Maelfa Shopping Centre in Llanedeyrn. The book is composed of im...

Maelfa is the focus of artist Sean Edwards's portrait of the near derelict Maelfa Shopping Centre in Llanedeyrn. The book is composed of im...