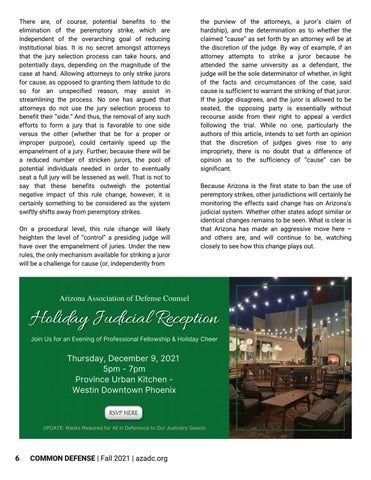 There are, of course, potential benefits to the elimination of the peremptory strike, which are independent of the overarching goal of reducing institutional bias. It is no secret amongst attorneys that the jury selection process can take hours, and potentially days, depending on the magnitude of the case at hand. Allowing attorneys to only strike jurors for cause, as opposed to granting them latitude to do so for an unspecified reason, may assist in streamlining the process. No one has argued that attorneys do not use the jury selection process to benefit their “side.” And thus, the removal of any such efforts to form a jury that is favorable to one side versus the other (whether that be for a proper or improper purpose), could certainly speed up the empanelment of a jury. Further, because there will be a reduced number of stricken jurors, the pool of potential individuals needed in order to eventually seat a full jury will be lessened as well. That is not to say that these benefits outweigh the potential negative impact of this rule change, however, it is certainly something to be considered as the system swiftly shifts away from peremptory strikes. On a procedural level, this rule change will likely heighten the level of “control” a presiding judge will have over the empanelment of juries. Under the new rules, the only mechanism available for striking a juror will be a challenge for cause (or, independently from

the purview of the attorneys, a juror’s claim of hardship), and the determination as to whether the claimed “cause” as set forth by an attorney will be at the discretion of the judge. By way of example, if an attorney attempts to strike a juror because he attended the same university as a defendant, the judge will be the sole determinator of whether, in light of the facts and circumstances of the case, said cause is sufficient to warrant the striking of that juror. If the judge disagrees, and the juror is allowed to be seated, the opposing party is essentially without recourse aside from their right to appeal a verdict following the trial. While no one, particularly the authors of this article, intends to set forth an opinion that the discretion of judges gives rise to any impropriety, there is no doubt that a difference of opinion as to the sufficiency of “cause” can be significant. Because Arizona is the first state to ban the use of peremptory strikes, other jurisdictions will certainly be monitoring the effects said change has on Arizona’s judicial system. Whether other states adopt similar or identical changes remains to be seen. What is clear is that Arizona has made an aggressive move here – and others are, and will continue to be, watching closely to see how this change plays out. 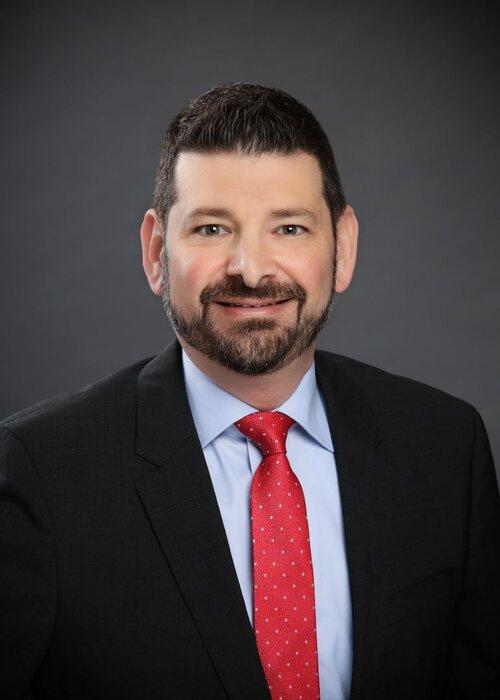 THE DEATH OF THE PEREMPTORY STRIKE IN ARIZONA 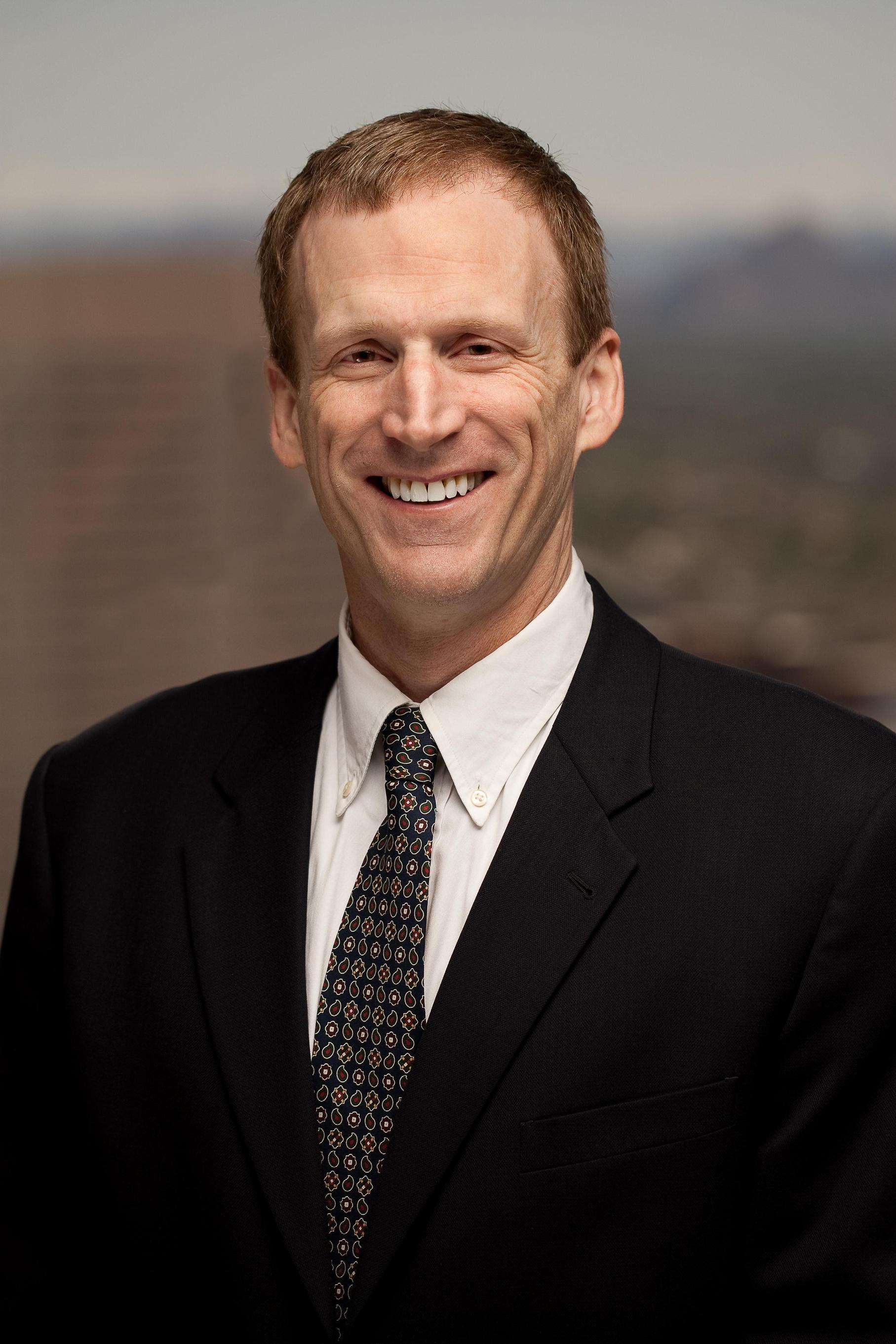 DEFEAT THE REPTILE BY NOT BEING DEFENSIVE 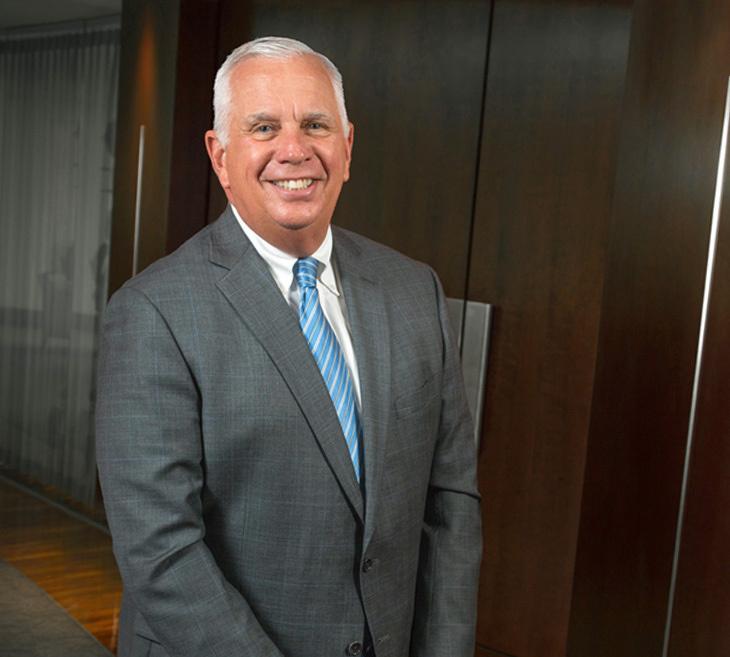 GALLAGHER& KENNEDY: A LIFETIME OF FRIENDSHIP 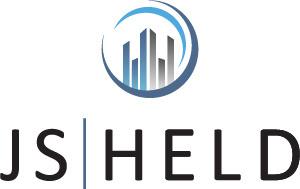 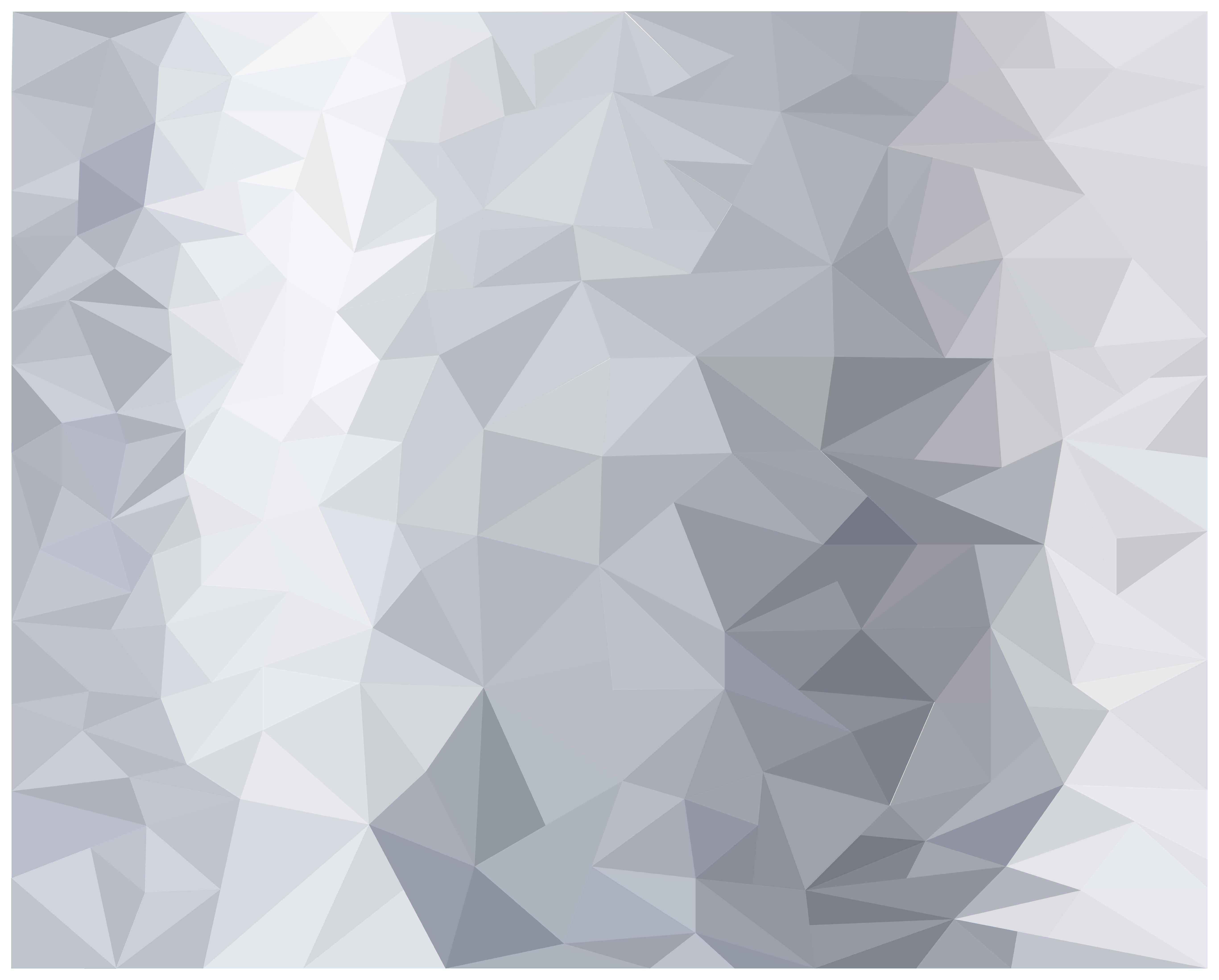 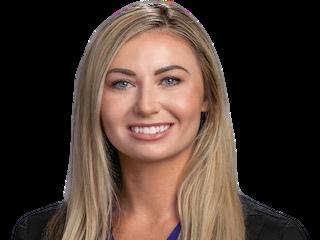