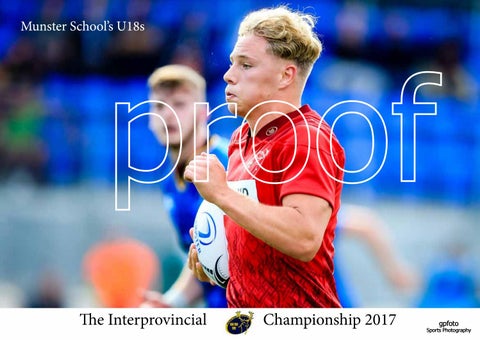 The Munster U18 Schools kick off this year’s Interprovincial Series on Wednesday, 23rd August away to Leinster. The side, coached by Mark Butler, are currently preparing for the series at University of Limerick along with their Under 19’s and Under 18 Clubs counterparts.

Thomond Park will host their second fixture where they meet Ulster, followed by a further Leinster encounter at Cork Institute of Technology. Their series concludes on Saturday, 16th September, in Belfield taking on Ulster. Head Coach Noel O’Meara will front the Munster 18 Clubs side who kick off their campaign on Saturday, 9thSeptember. A home fixture to Connacht will be their opening challenge as they set out to defend their title. Home to Leinster will be the first outing for the Munster Under 19 squad, scheduled for Saturday, 2ndSeptember at CIT. The side will hope to open their campaign with a win before travelling to Connacht the following week. Led by Head Coach Colm McMahon, Munster 19’s conclude their championship in Belfast where the take on current title holders Ulster. There will not be an Under 20 Interprovincial Series, however a combined Munster U20 and Development side will take on their Leinster counterparts in Thomond Park on Friday, 1st September, ko 7pm. They then travel to Connacht on Friday, 8th September for their final fixture. Munster U18 Schools Wed., 23rd August | Leinster v Munster | Donnybrook | ko 3pm Mon., 28th August | Munster v Ulster | Thomond Park | ko 3pm Sat., 9th September | Munster v Leinster | Cork IT | ko 3.30pm Sat., 16th September | Ulster v Munster | RBAI | ko 1.30pm Munster U18 Schools Come Up Short In Brave Leinster Battle

Munster U18 Schools Defeat Ulster 28th August 2017 By The Editor Munster U18 Schools, sponsored by Trend Micro, claimed a narrow 10-9 win over Ulster today at Thomond Park Stadium in the second fixture of their Interprovincial campaign. The home side were first on the scoreboard following a successful penalty kick from Crescent out-half Jack Delaney in the opening 10 minutes. It wasn’t long before Ulster’s scrum half Nathan Doak replied to level the match and soon after struck again on target giving the visitors a 6-3 lead on the 14th minute. In great conditions the Munster backs made an impressive break 10 minutes before half time, sending Glenstal winger Andrew Hogan over the line to claim the first and only try of the match. Delaney made no mistake in adding the extras giving Munster a 10-6 lead going in at the break. It was Ulster that claimed the only score of the second half on the 25th minute, with a well taken penalty off the boot of Doak to narrow Munster’s lead to just one point. In a tight contest, both sides had their opportunities, but failed to cross the whitewash in the second half finishing up 10-9 to the hosts. Following their disappointing defeat to Leinster last week in Donnybrook, the Munster side will hope to follow on from today’s success and avenge their opening round defeat to the title holders on Saturday, 9th September at home in Cork IT (ko 4pm). Munster U18 Schools v Ulster U18 Schools Munster U18 Schools XV: Timmy Duggan (Crescent College); Jack Hunt (Glenstal Abbey School), Tommy Downes (CBC), Jude Pendijito (St. Munchins College), Andrew Hogan (Glenstal Abbey School); Jack Delaney (Crescent College), Jack O’Riordan (CBC); Ciaran Ryan (Rockwell College), Kieran O’Shea (Castletroy College), Mark Donnelly (CBC); Cian Hurley (Capt.) CBC), Eoin Quilter (PBC); Daniel Okeke (Ardscoil Rís), mark Crowe (St. Munchin’s College), Alex Kendellan (PBC) Replacements: Aaron Hennessy (The Arya Project), Conor Fitzgerald (Crescent College), Evan Sheehan (St. Munchin’s College), David McCarthy (PBC), Jay Traynor (De La Salle College Waterford), Luke Obersby (Midleton College), Oisín Mangan (Rockwell College), John Hurley (Crescent College), Jamin Hoffman (Crescent College), Ronan Quinn (Glenstal Abbey School), Mark McGloughlin (PBC). Referee: Dermot Blake (IRFU)

Munster U18 Schools Suffer Defeat 9th September 2017 By The Editor

The Munster Under 18 Schools side were defeated 23-12 by their Leinster counterparts at the CIT Grounds, with the home side staging a late rally to score 12 unanswered points. Both sides had their moments in a scoreless opening quarter as Munster, with the wind at their backs, had the visitors pinned back from the kick-off. The home side found themselves on the defensive for most of the second quarter and the deadlock was broken in the 25th minute when Ed Brennan made a break from a five-meter scrum to score the game’s opening try. Mick O’Gara’s conversion attempt rebounded off the upright. O’Gara increased the visitors’ lead to eight points as he slotted over a penalty approaching the interval. Leinster continued to have home side on the back foot for most of the second half as Sam Dardis barged over in the corner following a maul deep inside the Munster 22. Midway through the second half, O’Gara converted his second penalty to stretch the margin to 16 points. In the closing stages, Ethan Baxter exposed gaps in the Munster defence to pounce for their third try which O’Gara converted. Munster refused to give up without a struggle and they opened their account in the 33rd minute as Tommy Downes embarked on a soccer-style dribble from the visitors’ 22 to score his side’s first try. Aaron Hennessy scored Munster’s second try in stoppage time following a ruck outside the visitors’ 22 and Andrew Hogan converted. Munster: John Hurley (Crescent College); Jamin Hoffman (Crescent College), Tom Downes (CBC), Jude Pendijito (St Munchin’s

There were mixed results today in Belfast where the Munster U18 Schools were defeated by Ulster while the Munster U19s came home with a one point victory. CBC’s Cian Hurley led his U18 Schools side into their final Interprovincial fixture of the season with the home side earning a 3-0 lead in the 4th minute. Munster out-half Cian Whooley soon replied to level the match however two successive penalty kicks gave Ulster a 9-3 lead going in at the break. A second Whooley penalty 3 minutes into the second half narrowed the gap to 9-6. Ten minutes later Whooley once again hit the target leveling the scores at 9 a-piece however a converted try soon after allowed Ulster to regain their advantage at 16-9. Whooley made no mistake on the 28th minute to claim his fourth penalty kick. This was the final scoring act of the match, finishing up 16-12 to Ulster. Munster U18 Schools XV: 1 Mark Donnelly (CBC), 2 Kieran 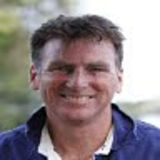