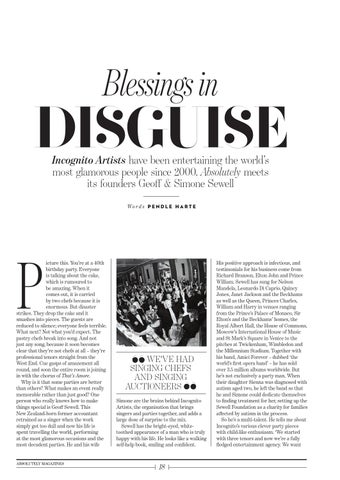 icture this. You’re at a 40th birthday party. Everyone is talking about the cake, which is rumoured to be amazing. When it comes out, it is carried by two chefs because it is enormous. But disaster strikes. They drop the cake and it smashes into pieces. The guests are reduced to silence; everyone feels terrible. What next? Not what you’d expect. The pastry chefs break into song. And not just any song, because it soon becomes clear that they’re not chefs at all – they’re professional tenors straight from the West End. Cue gasps of amazement all round, and soon the entire room is joining in with the chorus of That’s Amore. Why is it that some parties are better than others? What makes an event really memorable rather than just good? One person who really knows how to make things special is Geoff Sewell. This New Zealand-born former accountant retrained as a singer when the work simply got too dull and now his life is spent travelling the world, performing at the most glamorous occasions and the most decadent parties. He and his wife

WE&#39;VE HAD SINGING CHEFS AND SINGING AUCTIONEERS Simone are the brains behind Incognito Artists, the organisation that brings singers and parties together, and adds a large dose of surprise to the mix. Sewell has the bright-eyed, whitetoothed appearance of a man who is truly happy with his life. He looks like a walking self-help book, smiling and confident.

His positive approach is infectious, and testimonials for his business come from Richard Branson, Elton John and Prince William. Sewell has sung for Nelson Mandela, Leonardo Di Caprio, Quincy Jones, Janet Jackson and the Beckhams as well as the Queen, Princes Charles, William and Harry in venues ranging from the Prince’s Palace of Monaco, Sir Elton’s and the Beckhams’ homes, the Royal Albert Hall, the House of Commons, Moscow’s International House of Music and St Mark’s Square in Venice to the pitches at Twickenham, Wimbledon and the Millennium Stadium. Together with his band, Amici Forever – dubbed ‘the world’s first opera band’ – he has sold over 3.5 million albums worldwide. But he’s not exclusively a party man. When their daughter Sienna was diagnosed with autism aged two, he left the band so that he and Simone could dedicate themselves to finding treatment for her, setting up the Sewell Foundation as a charity for families affected by autism in the process. So he’s a multi-talent. He tells me about Incognito’s various clever party pieces with child-like enthusiasm. ‘We started with three tenors and now we’re a fully fledged entertainment agency. We want 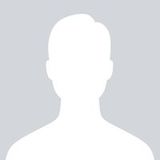