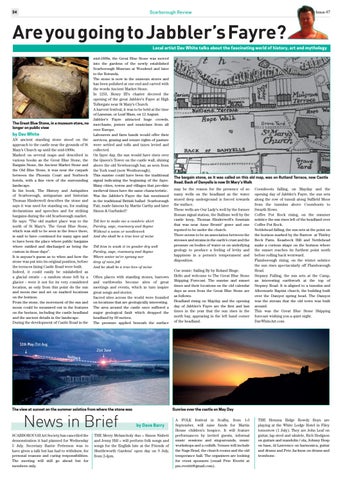 Are you going to Jabbler’s Fayre? Local artist Dav White talks about the fascinating world of history, art and mythology

The Great Blue Stone, in a museum store, no longer on public view

by Dav White AN ancient standing stone stood on the approach to the castle near the grounds of St Mary’s Church up until the mid-1800s. Marked on several maps and described in various books as the Great Blue Stone, the Bargain Stone, the Ancient Market Stone and the Old Blue Stone, it was near the carpark between the Phoenix Court and Norbreck hotels, with a fine view of the surrounding landscape. In his book, The History and Antiquities of Scarborough, antiquarian and historian Thomas Hinderwell describes the stone and says it was used for standing on, for making declarations and speeches and for striking bargains during the old Scarborough market. He says: “The old market place was to the north of St Mary&#39;s. The Great Blue Stone, which was still to be seen in the fence there, is said to have continued for many ages and to have been the place where public bargains where ratified and discharged as being the custom in those days”. It is anyone&#39;s guess as to when and how the stone was put into its original position, before the terraces lining Castle Road were built. Indeed, it could easily be mislabelled as a glacial erratic - a random stone left by a glacier - were it not for its very considered location, as only from this point do the sun and moon rise and set on marked locations on the horizon. From the stone, the movement of the sun and moon could be measured out in the features on the horizon, including the castle headland and the ancient details in the landscape. During the development of Castle Road in the

mid-1800s, the Great Blue Stone was moved into the gardens of the newly established Scarborough Museum at Woodend and later to the Rotunda. The stone is now in the museum stores and has been polished at one end and carved with the words Ancient Market Stone. In 1253, Henry III&#39;s charter decreed the opening of the great Jabbler&#39;s Fayre at High Tollergate near St Mary&#39;s Church. A harvest festival, it was to be held at the time of Lammas, or Loaf Mass, on 12 August. Jabbler&#39;s Fayre attracted huge crowds, merchants, jesters and musicians from all over Europe. Labourers and farm hands would offer their services, grazing and tenure rights of pasture were settled and tolls and taxes levied and collected. On fayre day, the sun would have risen over the Queen’s Tower on the castle wall, shining above the old Newborough bar, as seen from the York road (now Westborough). This sunrise could have been the traditional signal indicating the beginning of the fayre. Many cities, towns and villages that pre-date medieval times have the same characteristic. Was the Jabbler&#39;s Fayre the fair mentioned in the traditional British ballad Scarborough Fair, made famous by Martin Carthy and later Simon &amp; Garfunkel? Tell her to make me a cambric shirt Parsley, sage, rosemary and thyme Without a seam or needlework And she shall be a true love of mine Tell him to wash it in yonder dry well Parsley, sage, rosemary and thyme Where water ne&#39;er sprang nor drop of rain fell And he shall be a true love of mine Often places with standing stones, barrows and earthworks become sites of great meetings and events, which in turn inspire great songs and stories. Sacred sites across the world were founded on locations that are geologically interesting. The area around the castle once suffered a major geological fault which dropped the headland by 60 metres. The pressure applied beneath the surface

SCARBOROUGH Art Society has cancelled the demonstration it had planned for Wednesday 5 July. Secretary Barrie Petterson was to have given a talk but has had to withdraw, for personal reasons and caring responsibilities. The meeting will still go ahead but for members only.

THE Merry Melancholy duo – Simon Nisbett and Jenny Hill – will perform folk songs and songs for the English lute at the Friends of Shuttleworth Gardens’ open day on 9 July, from 2-4pm.

The bargain stone, as it was called on this old map, was on Rutland Terrace, now Castle Road. Back of Danyells is now St Mary’s Walk may be the reason for the presence of so many wells on the headland as the water stored deep underground is forced towards the surface. These wells are Our Lady&#39;s well by the former Roman signal station, the Ballium well by the castle keep, Thomas Hinderwell&#39;s fountain that was near Anne Brontë’ grave and one reputed to be under the church. There seems to be an association between the stresses and strains in the earth’s crust and the pressure on bodies of water or on underlying geology to produce a feeling of levity and happiness in a person’s temperament and disposition. Cue music: Sailing By by Roland Binge. Hello and welcome to The Great Blue Stone Shipping Forecast. The sunrise and sunset times and their locations on the old calendar days as seen from the Great Blue Stone are as follows. Headland rising on Mayday and the opening day of Jabbler’s Fayre are the first and last times in the year that the sun rises in the north bay, appearing in the left hand corner of the headland.

Coomboots falling, on Mayday and the opening day of Jabbler’s Fayre, the sun sets along the row of tumuli along Suffield Moor from the tumulus above Coomboots to Swarth Howe. Coffee Pot Rock rising, on the summer solstice the sun rises left of the headland over Coffee Pot Rock. Nettlehead falling, the sun sets at the point on the horizon marked by the Barrow at Thirley Beck Farm. Keasbeck Hill and Nettlehead make a curious shape on the horizon where the sunset reaches its furthest point north before rolling back westward. Flamborough rising, on the winter solstice the sun rises spectacularly off Flamborough Head. Stepney Falling, the sun sets at the Camp, an interesting earthwork at the top of Stepney Road. It is aligned to a tumulus and Albermarle Baptist church, the building built over the Damyot spring head. The Damyot was the stream that the old town was built around. This was the Great Blue Stone Shipping forecast wishing you a quiet night. DavWhiteArt.com

Sunrise over the castle on May Day A FOLK festival in Scalby, from 1-3 September, will raise funds for Martin House children’s hospice. It will feature performances by invited guests, informal music sessions and sing-arounds, music workshops and a ceilidh. Venues will include the Nags Head, the church rooms and the old temperance hall. The organisers are looking for event sponsors (email Pete Everitt at pm.everitt@gmail.com).

THE Hemma Ridge Rowdy Boys are playing at the White Lodge Hotel in Filey tomorrow (1 July). They are John Leaf on guitar, lap steel and ukulele, Rich Hodgson on guitars and mandolin / ola, Johnny Hesp on bass, Al Lawrence on harmonica, guitar and drums and Pete Jackson on drums and trombone. 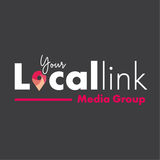