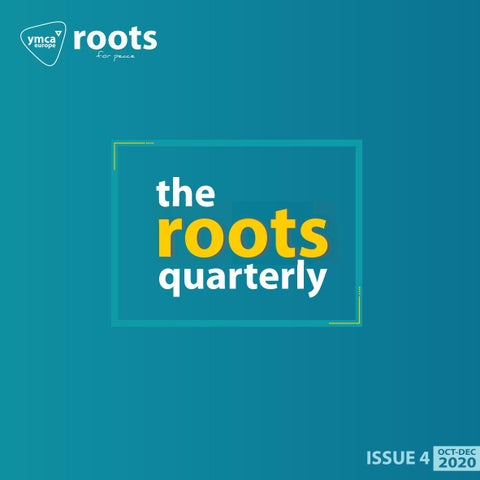 YMCA Global Family continued calling for Peace as the military conﬂict over Nagorno Karabakh reached disastrous proportions in the Fall of 2020… The Roots played the key role in the process via devising the prompt response plan to aid those in need for support during &amp; in the aftermath of the war. Make peace now, and nurture the ‘Roots for Peace’ to come YMCA’s double plea for Nagorno Karabakh and the South Caucasus.

PROFEST: BE A VOICE NOT AN ECHO

Due to the COVID19 pandemic and subsequent restrictions of mobility aﬀecting the continent, in October 2020 we were obliged to cancel the “Be a Voice not an Echo” study session planned to take place at the European Youth Center Budapest in late November. As the project could not be further rescheduled according to the regulations, the Roots team decided to slightly redo and reapply it hoping that the Council of Europe (CoE) would approve the project once again for the upcoming year. Santa Claus did come sooner this year as we were notiﬁed that 40 young people from all European countries will have the opportunity to participate in the project in Budapest on September 12-19, 2021!

Despite the disruptions caused by global spread of COVID19 pandemic, Roots was quick to adapt to new circumstances at the extent possible - switching to online action mode wherever applicable or implementing physical activities when the favorable situation is speciﬁc locations allowed it. Roots has also been active in providing consultation and guidance to partner organizations throughout the year; there were various funding oppor tunities announced by international donor organizations in relation to ﬁghting negative eﬀects caused by the virus - one of them being the ongoing Grant Call by German Marshall Fund for Black Sea Region Countries. With direct support by the project team in the application preparation &amp; submission process and pledge for co-funding from the Roots Local Capacities for Peace facility in case of being funded by the donor, two long-standing partner organizations of the project - YMCA Ukraine &amp; YMCA Georgia applied for the opportunity. The decisions are still pending and are expected to be made public by mid-February. We wish our partner YMCAs the best of luck!

With more than a decade-long experience in managing the Roots at all its stages and the new project, Generation Next being implemented by the Team since July 2020 - it became necessary to synchronize operations of both projects into a plan that devises joint and coordinated action for collecting, collating and communicating the messages, outcomes and impact of them. As a result, Roots staďŹ&amp;#x20AC; went through the extensive analysis of all the tools used to manage, monitor, evaluate and communicate the projects at each of their stages and jointly elaborated the document that will serve as the reference for eďŹ&amp;#x20AC;ective and coordinated delivery of all due tasks for the project team. The Plan can also be used as a toolkit by anyone engaged in project management work, especially in the areas of communication and monitoring &amp; evaluation. The document is available here

Regular &amp; strategic presence on digital platforms is crucial for the positioning and outreach of any project/organization. Communicating the impact and transparency are vital to earn and sustain the credibility among donors and beneďŹ ciaries. Therefore, Roots places particular emphasis on the quality and frequency of delivering the message to the communities it serves and the institutions it is accountable to. To this end, the creation of a Roots Media Support Group at the start of the current project phase was a large step forward. This process continued with the recent addition of Media Consultant to the Project Team - Lika Zakaryan, Roots Peace Work Institute Alumni from Artsakh, Stepanakert was selected upon a highly competitive selection process that lasted 3 weeks and had 27 applicants for the job position. Lika is a practicing journalist that brings extra experience, knowledge and vibrance to the Team. Welcome aboard the Roots, Lika! You can learn more about her as you read along.

Roots Peace Work Institute has 2 generations of Alumni that have gone through it… 46 of them in total. Each special in their attitude, wisdom, commitment or performance and we cherish each and every one of them. But then there was Lika Zakaryan – this happy, smiling young girl from Artsakh that brought her good vibes to whichever group she was in; into whatever task she had to perform… and the evenings and social events – Lika was a heart and soul of all of those! Lika is still singing with a smile on her face… Lika is still the same… Unfortunately, the world she knew is no more… This song echoes from the basement walls in her hometown Stepanakert, as she shelters from bombs and gunﬁre that became a daily part of her life… This is her song… This is her story - a diary of a young girl that just wants to keep a smile on her face… Learn more

While for some the wars and conﬂicts can be just a ﬂash of brief information in the newsfeed, for many they have a name… They have a face… They have a story... This particular column will introduce them to you - collected as the war raged on in Nagorno Karabakh. Learn more

The recent war over Nagorno Karabakh (Artsakh) left a trace of massive destruction, loss of lives and thousands ﬂeeing for safety to Armenia that faces a large-scale humanitarian crisis as a result. Roots is launching a campaign to raise funds in support of young people aﬀected by this ordeal. Please join us in our eﬀorts to make sure these young people keep hope and faith alive… Every contribution matters! YMCA Europe pledges to double the total amount raised. Yet yours makes a real diﬀerence, as it’s not only about money but about care and responsibility! You can Donate via Facebook or PayPal.

4 t h implementation phase… 15,000 direct beneﬁciaries… 3 campsites built... 52 projects in 12 countries with participants from all over Europe and beyond… This is Roots! But it’s not the moment to rest on laurels… There&#39;s a lot more to come from us, so stay tuned!

We say farewell to 2020 with Quarterly 4 edition of our regular account to the Roots followers. There was a lot going on during October - December, so please check it out! 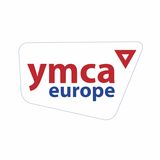