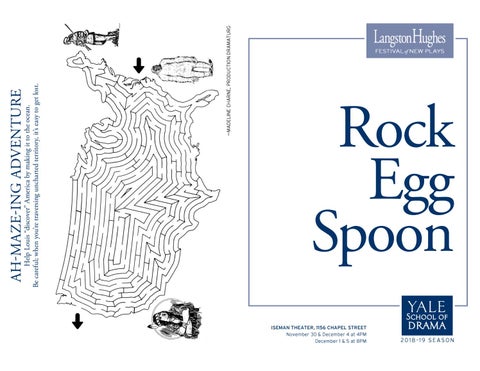 Help Louis “discover” America by making it to the ocean. Be careful; when you’re traversing uncharted territory, it’s easy to get lost.

Rock Egg Spoon is performed without an intermission.

The Studio Series productions are designed to be learning experiences that complement classroom work, providing a medium for students at Yale School of Drama to combine their individual talents and energies toward the staging of collaboratively created works. THE BENJAMIN MORDECAI III PRODUCTION FUND, established by a graduate of the School, honors the memory of the Tony Award-winning producer who served as Managing Director of Yale Repertory Theatre, 1982–1993, and as Associate Dean and Chair of the Theater Management Department from 1993 until his death in 2005.