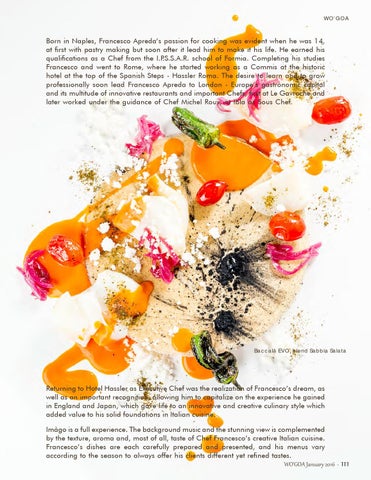 Born in Naples, Francesco Apreda’s passion for cooking was evident when he was 14, at first with pastry making but soon after it lead him to make it his life. He earned his qualifications as a Chef from the I.P.S.S.A.R. school of Formia. Completing his studies Francesco and went to Rome, where he started working as a Commis at the historic hotel at the top of the Spanish Steps - Hassler Roma. The desire to learn and to grow professionally soon lead Francesco Apreda to London - Europe’s gastronomic capital and its multitude of innovative restaurants and important Chefs, first at Le Gavroche and later worked under the guidance of Chef Michel Roux, at Ibla as Sous Chef.

Returning to Hotel Hassler as Executive Chef was the realization of Francesco’s dream, as well as an important recognition, allowing him to capitalize on the experience he gained in England and Japan, which gave life to an innovative and creative culinary style which added value to his solid foundations in Italian cuisine. Imàgo is a full experience. The background music and the stunning view is complemented by the texture, aroma and, most of all, taste of Chef Francesco’s creative Italian cuisine. Francesco’s dishes are each carefully prepared and presented, and his menus vary according to the season to always offer his clients different yet refined tastes. WO’GOA January 2016 - 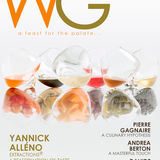