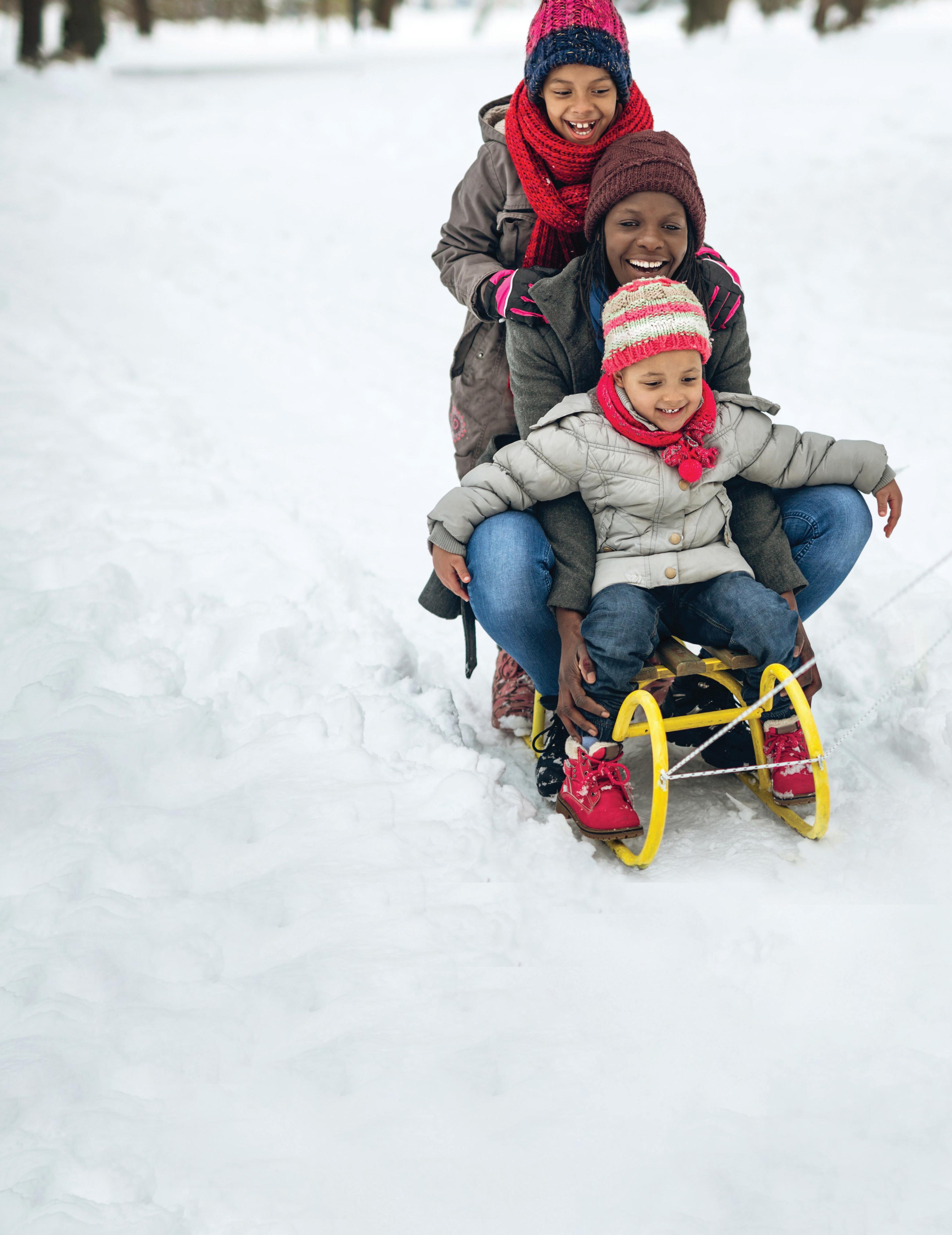 KRYSTAL HARDY
Krystal Hardy is manager of multicultural marketing for the Milwaukee Brewers and a freelance writer.

On a sunny Saturday in October, a group of bird enthusiasts met at the UW-Madison Arboretum for a morning of camaraderie and bird watching.

The outing was hosted by the BIPOC Birding Club, a Wisconsin- based birding group for people of color and allies. BIPOC is the acronym for Black, Indigenous, People of Color.

Jeff Galligan and Dexter Patterson co-founded the collective of bird and nature lovers as a call to action that arose from the overwhelming frustrations and concerns surrounding the murders of Breonna Taylor, George Floyd and Ahmaud Arbery, all people of color. Subsequent civil unrest highlighted the need for diversity and equity within previously denied spaces, including the outdoors, and the COVID-related shutdowns presented time to reflect on those needs.

In its second year, the BIPOC Birding Club of Wisconsin came together to build a table instead of asking for a seat at one.

“If we want to see the change we know we need to see, we can’t wait around for other people to do it for us,” said Galligan, who also directs the TRIO and Men of Excellence programs at Madison Area Technical College, programs dedicated to helping first-generation and minority students earn degrees.

Historically, people of color tend to experience higher levels of stress and stress-related illnesses due to socioeconomic disparities and the trauma caused by systemic racism, prompting racism to be declared a public health crisis in multiple public health studies.

Spending time in nature is good for both the mind and the body, including reducing stress. While being outdoors has endless benefits, there is a need for inclusion in outdoor exploration spaces.

According to the U.S. Fish and Wildlife Service, only 5% of Hispanics and 4% of Black people identify as birders. Galligan and Patterson want to change that.

A NEED TO FLIP THE SCRIPT

Inspired by the tenacity of Black Birders Week creators and other Gen Z-led groups in response to social unrest, Galligan wanted to address the lack of representation in birding, environmental injustices and the stigma surrounding Black mental health.

“It was a trifecta between the things that happened in 2020, Black Birders Week getting started, and me just needing to flip the script a little bit on what was going on with myself,” Galligan said.

Nature, as Galligan points out, is a powerful medicine to combat some of society’s ills. In line with the increased popularity of forest bathing, grounding and other forms of nature therapy, the BIPOC Birding Club is creating space that is timely, healthy and educational.

For Galligan, this form of nature therapy is familiar. His love of ornithology, or the study of birds, began in his formative years with a general admiration for the outdoors.

“When I was younger, I was always really curious about nature and the outdoors. I was really into entomology — insects — and paleontology, botany and ornithology. I felt most comfortable in wild, outdoor spaces,” he said.

Now, he can pass that feeling on to others.

Club outings take members to state parks, trails and other locations to identify birds, observe their behaviors and share knowledge of birds. The field trips have become an opportunity for members to spend time with their families, introduce their children to outdoor exploration and make new friends.

“Representation is incredibly important,” said club member Jesus Garza-Noriega. “These spaces can be very limited. Seeing other folks that look like us in those spaces gives us a sense of welcoming, like we truly belong here. When you don’t have to assimilate to a space, that’s very important.”

Other members who have come along on the outings and found fellowship echo the sentiment.

“It’s hard to describe. It’s just a feeling,” said club member Jasmine Banks. “It’s just the feeling of belonging there just like everyone else.”

Banks recalls her first outing with the club when members took time to explain different bird calls and markings.

For people of color new to birding, the obstacles can go beyond feeling unwelcome when exploring a newfound interest in the outdoors. Another deterrent to some has been access to equipment such as binoculars and cameras.

“We weren’t as financially set as many other folks, and things like binoculars were super expensive,” Garza-Noriega said. “I really couldn’t afford to pick up some kind of hobby like that.”

Such factors shouldn’t be of concern, Galligan said, adding that he invested grant money to purchase new pairs of binoculars for club members to use at outings. There are also groups such as the Audubon Society where you can use a pair.

“Birding is immersive, right? It kind of inducts people into the whole idea of environmentalism and preservation and good carbon footprints. You don’t have to have a pair of binoculars to do it,” he said.

“You can incorporate it on your morning run or walk. You could do it while you’re waiting for the bus, do it on your lunch break.”

For Garza-Noriega, the club has provided an outlet for him to introduce his children to birding, along with the benefits of the outdoors, free of the obstacles he’s had to face.

“It feels good to see people who look like you doing these sorts of things,” he said of exploring wildlife and being in nature.

An active Marine, Garza-Noriega has had to sleep outdoors while in the field but admittedly neglected to appreciate the scenery around him. He met Galligan while a student at Madison Area Technical College and credits him with helping to nurture a curiosity for the wilderness.

“As my mentor, it was through his example of creating resources and spaces for communities of color and marginalized demographics that set the template for me to follow,” Garza-Noriega said of Galligan.

“(He) opened those doors of being able to sit calmly and quietly and appreciate all that’s happening around you. Not just moving through it or walking in the woods somewhere, but really taking in all of what nature has to provide and seeing all the different varieties of species that are out there.”

Galligan said the reception of the club has been a pleasant surprise, with many Wisconsin groups reaching out in support and partnership. Initially worried that the group wouldn’t take off, he said it gives him a sense of hope as community members and environmental partners have welcomed the club with open arms and the common goal to increase diversity.

The BIPOC Birding Club of Wisconsin is just getting started, and the winter season won’t slow things down. The club has also created a Milwaukee chapter, which had its first outing in mid-November at Havenwoods State Forest and Milwaukee’s lakefront.