Seven plants to see in the FOSTER reserves this spring. 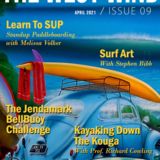 from The West Wind Issue 11
by westwindmagazine 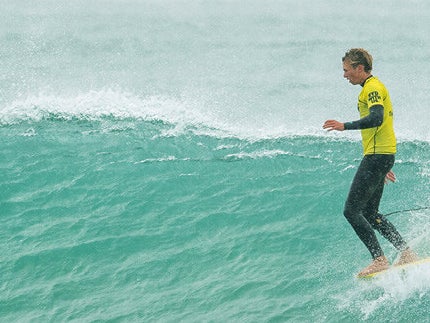 Spring is here at last! It has been a long, cold, covid-stained winter. But the days are getting longer, a little warmer, and the veld is coming alive.

To celebrate the revamp of the FOSTER website foster.org.za with the new trail maps, we have selected seven species for you to find this spring.

SO GET OUT INTO THE WILD AND GO PLANT HUNTING BY TAKING A FEW RAMBLES THROUGH THE RESERVES.

You won’t be disappointed, and besides, it’s good for your body and mind. Remember the FOSTER website also includes a gallery with photos of all 400 or so plant species found in the reserves.

FOSTER’s icon featured on our logo - grows on coastal dunes between Cape Recife and Wilderness. Due to the loss of populations to coastal development, this beautiful, increasingly rare orchid is classified as Vulnerable to extinction. Fortunately, it is abundant in our reserves, especially the Seal Point and Irma Booysen reserves. The crimson flowers are pollinated by sunbirds which, unlike insects, can withstand the strong winds that whip through its habitat in the spring months.

THE COMMON SWORDLILY GLADIOLUS FLORIBUNDUS grows on sandy soils throughout the Cape Floristic Region, between

the Cederberg and Port Alfred. However, nowhere else are the flowers more striking than in our area. This species can be seen adorning the paths in the Irma Booysen reserve. Long-tongued flies pollinate the long-tubed flowers.

grows on coastal dunes between Cape St Francis and Cape Recife. Due to its restricted distribution and increasing pressures on this species, scientists classify it as Near Threatened. It is abundant on the Wild Side of the Seal Point reserve, where it forms striking mats of crimson blooms on shell shingle.

THE GOUKUM OR DELICIOUS SOURFIG CARPOBROTUS DELICIOSUS is common on the coastal strip between Mossel Bay and East London. When the iridescent, deep-pink flowers are in bloom, the plant provides a feast of colour. The sun-facing blooms attract many different

insects – robbers and pollinators alike – to their warm faces on cool spring days. The sweet fruits are harvested by many animals, including humans. Goukum jam is the tastiest of all the sourfig preserves. Goukum can be seen in all four reserves.

The Beach Lemon Buchu Agathosma stenopetala is endemic to coastal dunes between Oyster Bay and Cape Recife. Given its narrow range, it is classified as Vulnerable to extinction. Like all buchus – and there are almost 300 of them in the Cape - the crushed leaves of Beach Lemon Buchu are highly aromatic, delivering a lovely scent. Khoi-San people anointed themselves with a concoction of mashed buchu leaves and animal fat to ward off biting insects and ticks. This species can be seen in Irma Booysen and Cape St Francis reserves.

THE ALGOA VIOOLTJIE LACHENALIA ALGOENSIS is distributed along the coast between Algoa Bay and Swellendam. In the Eastern Cape, the species is restricted to coastal dunes. The scented but dull-coloured flowers are likely pollinated on still nights by moths. The most conspicuous displays can be seen in the southern part of the Irma Booysen reserve, on the path between the tennis courts and De Hoop Crescent.

THE SILVER DUNE CHAFFLOWER ACHYRANTHEMUM ARGENTEUM is a species of coastal dunes between Port Alfred and Plettenberg Bay. It often grows in semi-mobile dunes near the beach and, in our area, can be seen in Seal Bay and Cape St Francis reserves. The furry, silver foliage and the yellow-centred flowers are beautiful; this chafflower would make an excellent coastal garden plant. Like other Everlastings, the blooms and foliage make lovely dried flowers.

This story is from:
The West Wind Issue 11
by westwindmagazine