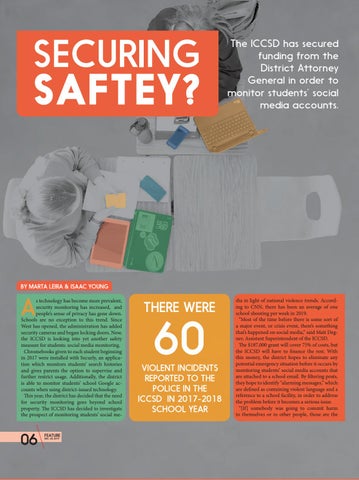 The ICCSD has secured funding from the District Attorney General in order to monitor students’ social media accounts.

s technology has become more prevalent, security monitoring has increased, and people’s sense of privacy has gone down. Schools are no exception to this trend. Since West has opened, the administration has added security cameras and began locking doors. Now, the ICCSD is looking into yet another safety measure for students: social media monitoring. Chromebooks given to each student beginning in 2017 were installed with Securly, an application which monitors students’ search histories and gives parents the option to supervise and further restrict usage. Additionally, the district is able to monitor students’ school Google accounts when using district-issued technology. This year, the district has decided that the need for security monitoring goes beyond school property. The ICCSD has decided to investigate the prospect of monitoring students’ social me-

dia in light of national violence trends. According to CNN, there has been an average of one school shooting per week in 2019. “Most of the time before there is some sort of a major event, or crisis event, there’s something that’s happened on social media,” said Matt Degner, Assistant Superintendent of the ICCSD. The $187,000 grant will cover 75% of costs, but the ICCSD will have to finance the rest. With this money, the district hopes to eliminate any potential emergency situation before it occurs by monitoring students’ social media accounts that are attached to a school email. By filtering posts, they hope to identify “alarming messages,” which are defined as containing violent language and a reference to a school facility, in order to address the problem before it becomes a serious issue. “[If] somebody was going to commit harm to themselves or to other people, those are the 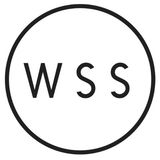 More from West Side Story