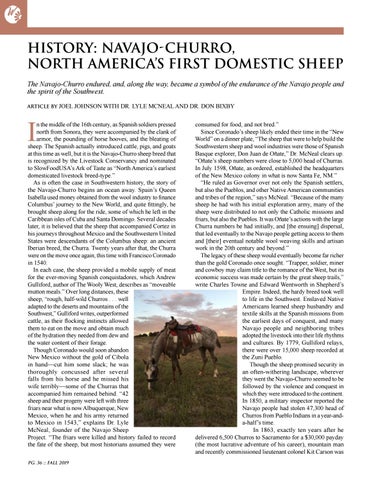 HISTORY: NAVAJO-CHURRO, NORTH AMERICA’S FIRST DOMESTIC SHEEP The Navajo-Churro endured, and, along the way, became a symbol of the endurance of the Navajo people and the spirit of the Southwest. ARTICLE BY JOEL JOHNSON WITH

n the middle of the 16th century, as Spanish soldiers pressed north from Sonora, they were accompanied by the clank of armor, the pounding of horse hooves, and the bleating of sheep. The Spanish actually introduced cattle, pigs, and goats at this time as well, but it is the Navajo-Churro sheep breed that is recognized by the Livestock Conservancy and nominated to SlowFoodUSA’s Ark of Taste as “North America’s earliest domesticated livestock breed-type.” As is often the case in Southwestern history, the story of the Navajo-Churro begins an ocean away. Spain’s Queen Isabella used money obtained from the wool industry to finance Columbus’ journey to the New World, and quite fittingly, he brought sheep along for the ride, some of which he left in the Caribbean isles of Cuba and Santa Domingo. Several decades later, it is believed that the sheep that accompanied Cortez in his journeys throughout Mexico and the Southwestern United States were descendants of the Columbus sheep: an ancient Iberian breed, the Churra. Twenty years after that, the Churra were on the move once again; this time with Francisco Coronado in 1540. In each case, the sheep provided a mobile supply of meat for the ever-moving Spanish conquistadores, which Andrew Gulliford, author of The Wooly West, describes as “moveable mutton meals.” Over long distances, these sheep, “rough, half-wild Churros . . . well adapted to the deserts and mountains of the Southwest,” Gulliford writes, outperformed cattle, as their flocking instincts allowed them to eat on the move and obtain much of the hydration they needed from dew and the water content of their forage. Though Coronado would soon abandon New Mexico without the gold of Cíbola in hand—cut him some slack; he was thoroughly concussed after several falls from his horse and he missed his wife terribly—some of the Churras that accompanied him remained behind. “42 sheep and their progeny were left with three friars near what is now Albuquerque, New Mexico, when he and his army returned to Mexico in 1543,” explains Dr. Lyle McNeal, founder of the Navajo Sheep Project. “The friars were killed and history failed to record the fate of the sheep, but most historians assumed they were PG. 36 :: FALL 2019

consumed for food, and not bred.” Since Coronado’s sheep likely ended their time in the “New World” on a dinner plate, “The sheep that were to help build the Southwestern sheep and wool industries were those of Spanish Basque explorer, Don Juan de Oñate,” Dr. McNeal clears up. “Oñate’s sheep numbers were close to 5,000 head of Churras. In July 1598, Oñate, as ordered, established the headquarters of the New Mexico colony in what is now Santa Fe, NM.” “He ruled as Governor over not only the Spanish settlers, but also the Pueblos, and other Native American communities and tribes of the region,” says McNeal. “Because of the many sheep he had with his initial exploration army, many of the sheep were distributed to not only the Catholic missions and friars, but also the Pueblos. It was Oñate’s actions with the large Churra numbers he had initially, and [the ensuing] dispersal, that led eventually to the Navajo people getting access to them and [their] eventual notable wool weaving skills and artisan work in the 20th century and beyond.” The legacy of these sheep would eventually become far richer than the gold Coronado once sought. “Trapper, soldier, miner and cowboy may claim title to the romance of the West, but its economic success was made certain by the great sheep trails,” write Charles Towne and Edward Wentworth in Shepherd’s Empire. Indeed, the hardy breed took well to life in the Southwest. Enslaved Native Americans learned sheep husbandry and textile skills at the Spanish missions from the earliest days of conquest, and many Navajo people and neighboring tribes adopted the livestock into their life rhythms and cultures. By 1779, Gulliford relays, there were over 15,000 sheep recorded at the Zuni Pueblo. Though the sheep promised security in an often-withering landscape, wherever they went the Navajo-Churro seemed to be followed by the violence and conquest in which they were introduced to the continent. In 1850, a military inspector reported the Navajo people had stolen 47,300 head of Churros from Pueblo Indians in a year-anda-half’s time. In 1863, exactly ten years after he delivered 6,500 Churros to Sacramento for a $30,000 payday (the most lucrative adventure of his career), mountain man and recently commissioned lieutenant colonel Kit Carson was

Western Ag life Magazine is your window to the west. Articles range from livestock health to healthy recipes! Produced and printed in Tucson, AZ. 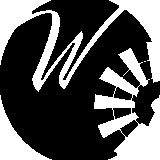 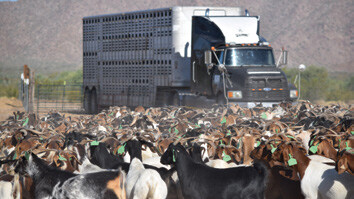 A new Generation of Meat Goat Production in Arizona. 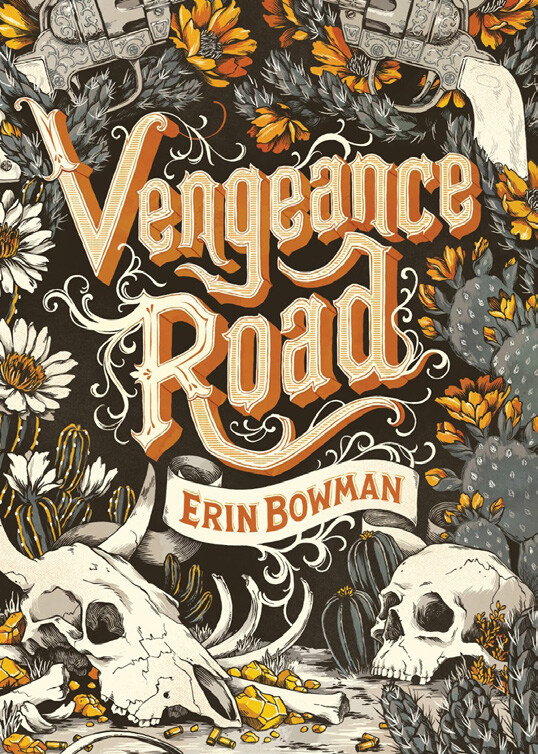 Aaron Downey dishes up tasty reading tid-bits in a quarterly column about books.

A Scourage Difficult to Defeat

A little history on Screwworms

In Lubbock? Try this tasty restaurant on for size.

This fall warm your belly with Tina's Enchilada Soup. 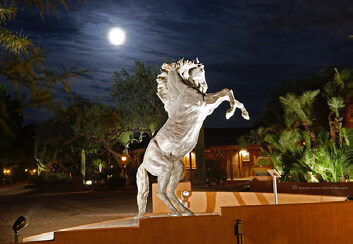 Pack up the family and head to White Stallion Ranch, a place for all things western! 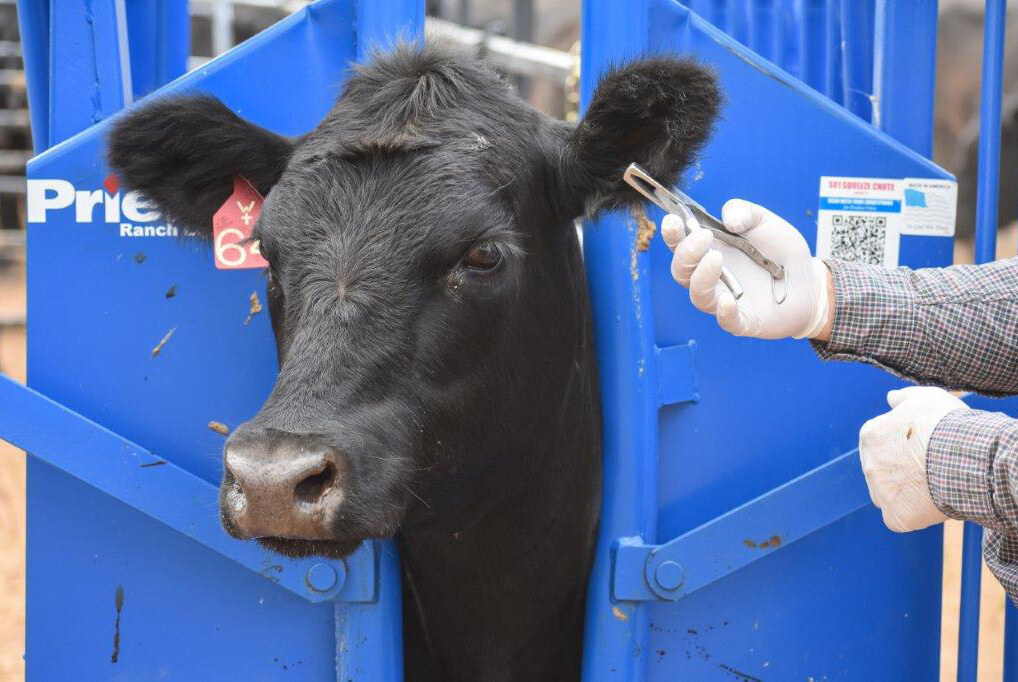 What is BVD and why is it so important to test? 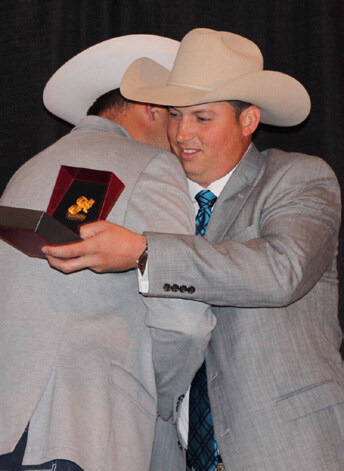 Behind The Block - The 2019 World Championships 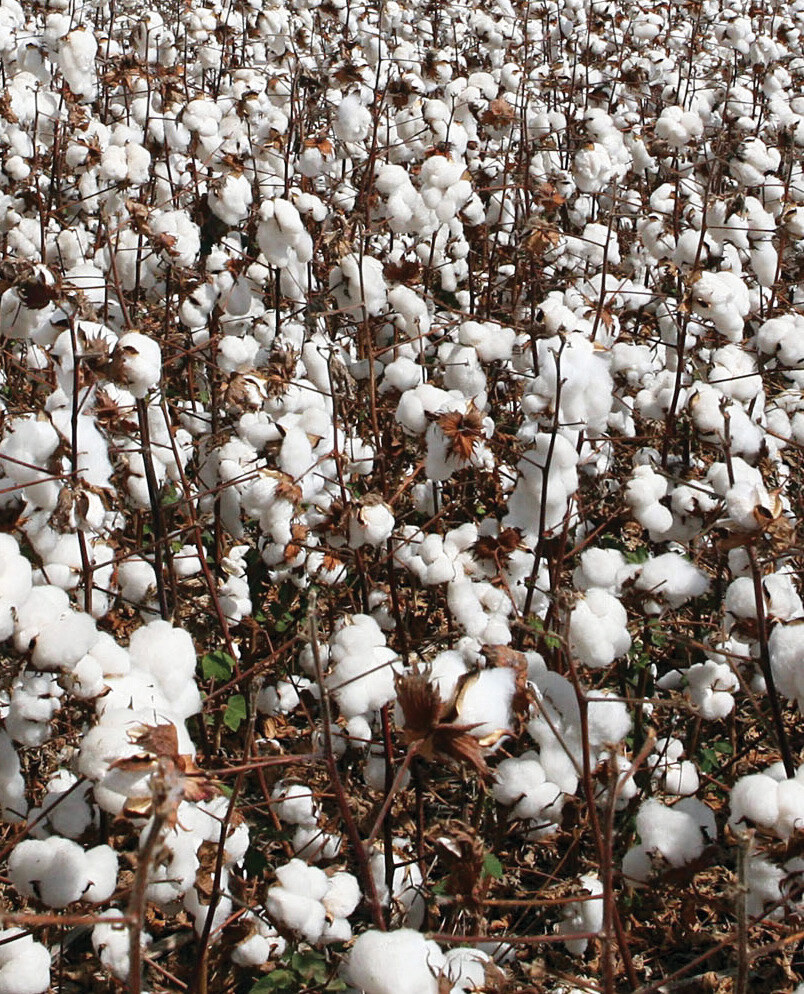 Questions and Answers with Jay Hill 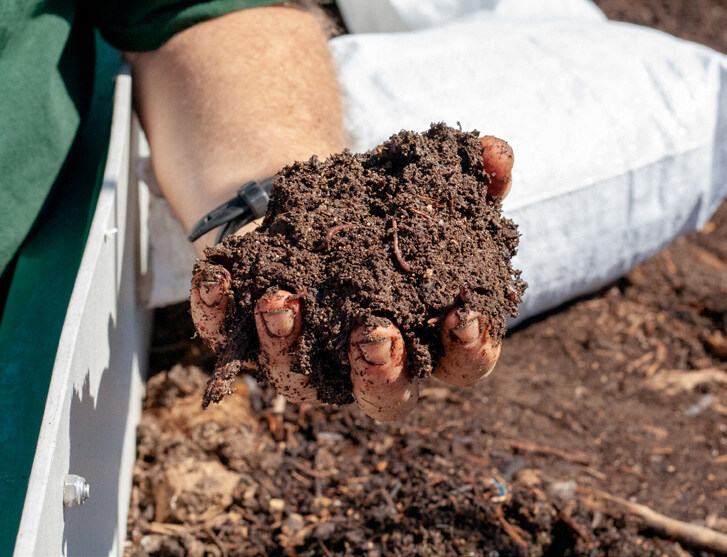 Changing how we think about food waste. 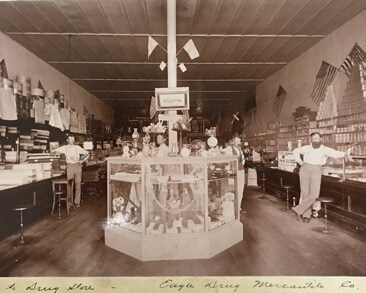 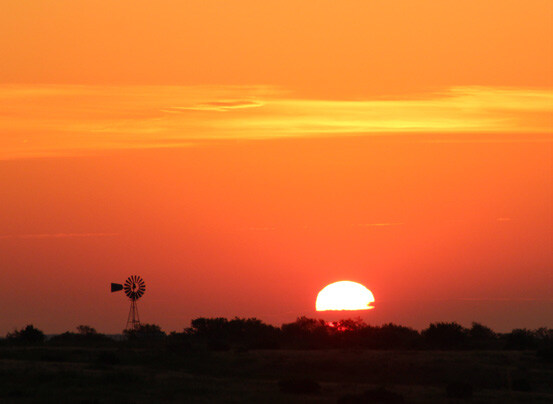 The Life Of A Ranch Wife:

Find out the latest from AFRG. 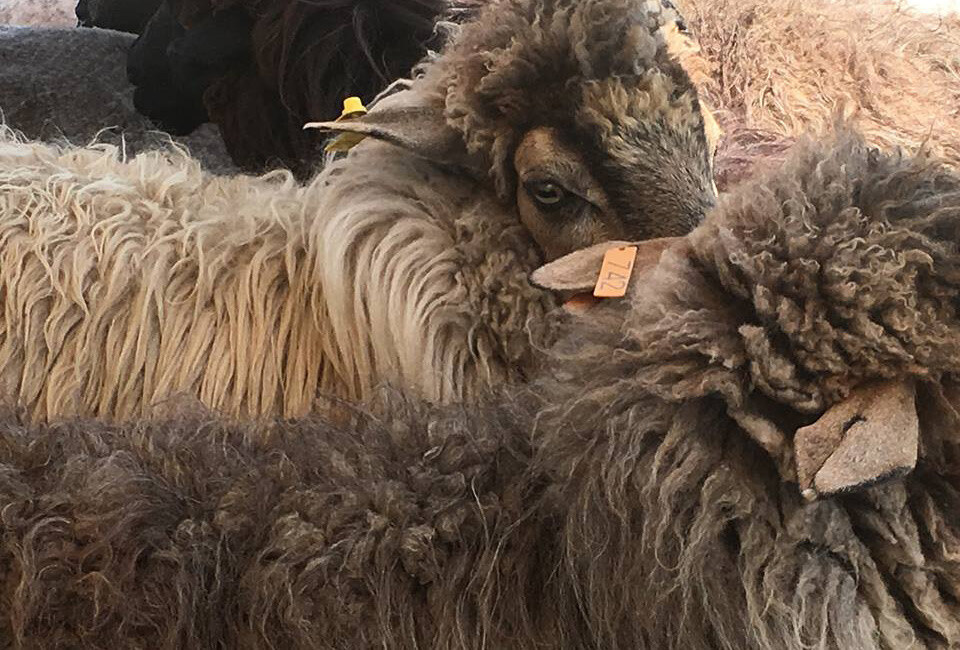 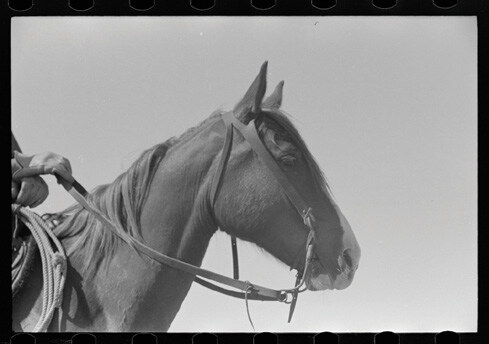 Tools of the Trade

This issue Tamra Kelly discusses tools form then and now. 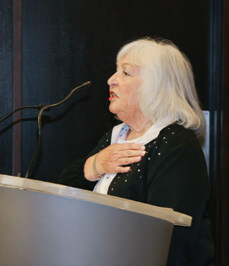 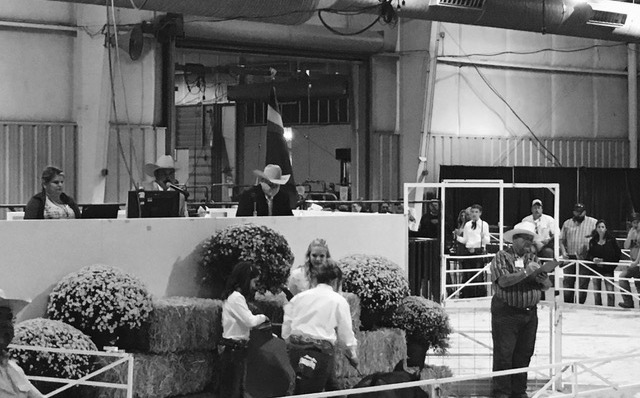 From The Auction Block: 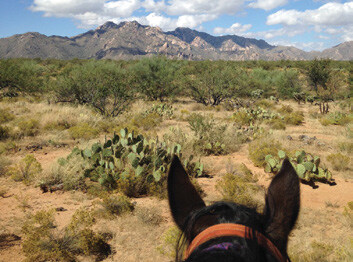 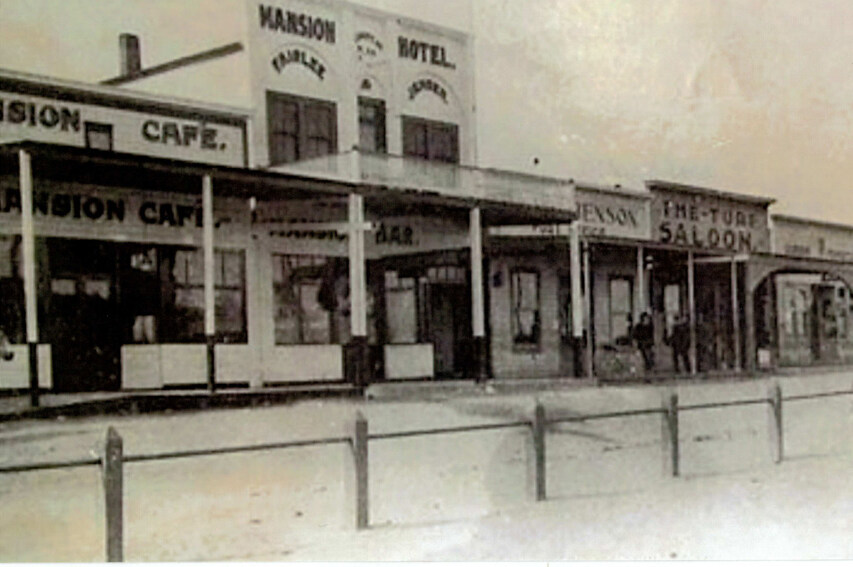 A little history in the old west.