FOR THE LOVE OF DOLLY! by Mandy Haynes 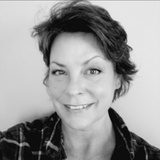 Let Me Say This: A Dolly Parton Poetry Anthology is a collection of poetry by fifty-four talented writers that explains why Dolly Parton is everybody’s favorite human. It will be available for purchase on January 19th - which happens to be Dolly’s birthday - and I can’t wait to get my hands on it! While we wait, I thought it would be fun to learn a little bit about the story behind this fantastic collection. I reached out to Dustin Brookshire and Julie Bloemeke, two Dolly fans and the masterminds behind the anthology, to ask a few questions. Enjoy!

You both share how much Dolly means to you. Dustin, in your beautiful introduction, and Julie in your note from the editor. How many stories like that did you hear from authors when they were submitting their poems for consideration?

We did not speak with contributors directly, but the poems themselves have some amazing tales to tell. We get a little bit of the Porter Wagoner show, a Broadway crush, some Rock & Roll Hall of Fame, and a few good ole mountain stories. We travel to Paris, San Fernando, and music-laden house parties, call in Billy Joel and Soul Train, and speculate on Dolly’s role as life coach. Dolly is there for biscuits, thigh-high boots, and Jolene cocktails, all while leading Dollywood parades and calmly guiding us in our 3 am grief.

If you had to choose ONE SONG of Dolly’s that you felt was written for you, what would they be?

Dustin: This is a hard question, almost cruel to limit me to one song, but I’ll play along. One of my constant favorites– the #1 spot on my Dolly favorites list rotates depending on the day– is “Shattered Image,” the version on her Halo & Horns album. I'm far from perfect, but I ain't all bad. It hurts me more than it makes me mad. You gather your stones by stoopin' so low. Then shatter my image with the stones you throw. If you live in a glass house don't throw stones.” It’s songwriting genius! Julie: “Dumb Blonde!” Actually, what resonates changes by the day; I could hardly claim that any of Dolly’s songs are written just for me. But the power of Dolly’s lyrics cause me–all of us, really– to apprehend them in different ways depending on our states of being, which is part of her mastery. “The Seeker” is both prayer and a plea for guidance depending on how you see it; in “Here You Come Again,” there is a reclamation and/or an admission coupled with surrender. In “There Was Jesus”--her duet with Zach Williams that most recently helped me navigate a dark chapter–there is a reminder of perseverance–a blessing in the broken pieces–and an emphatic promise of continued spiritual presence. And of course there is “The Grass is Blue” with its rhetorical flips as a symbol of healing and heartbreak, and its stellar bluegrass complexity.

I love to play a game with my friends I made up called, Play the Saddest Song You Know. If your song makes the other players tear up you win. Dolly’s Down from Dover wins every time. It’s so powerful. I’m a sucker for sad songs, stories, and poems. If you had to choose one poem from the anthology that will break my heart (in a good way of course), which one would it be?

Dustin: During the submission period there were so many instances of Julie and I calling one another, starting the call with, Girl. Did you read this poem yet because damn? This is also a hard question to answer because I love every poem in the anthology. It’s an anthology of damn good Dolly poems. Chad Frame’s “The Intimate Biography” made me laugh out loud and give an extended Awwwwwwwwww. It was one of the anthology poems that I had to read to my partner. Julie: Oh indeed–the ways that Dustin and I experienced awe and tears over so many Dolly-passionate poems crossing the threshold! There are a number in the anthology that raise praise, break your heart, and put on their dancing shoes despite the depths of sorrow. David Matthew Barnes’ “Walking to Kmart to Buy a Dolly Parton Album” transforms me every time–its tender honesty, its harrowing dips, the way it weaves Dolly into self-discovery and shows–through action–such pure admissions of love and vulnerability.

Dustin, tell us about your online poetry journal Limp Wrist and when you and Julie knew that y’all had to put together an anthology of poems to honor Dolly?

Limp Wrist is an online poetry journal with queer sensibility that promotes LGBTQIA+ poets, non-binary poets, and their allies. We celebrated Limp Wrist’s second anniversary in October 2022. Year three brings excitement as we have Pulitzer Prize winner Diane Seuss as the final judge for the 2023 Glitter Bomb Award, will launch a poetry contest for LGBTQIA+ high school seniors, and we’re sponsoring the Limp Wrist LGBTQIA+ Scholarship at the Hudson Valley Writers Center. (We encourage readers to check out virtual class offerings by Hudson Valley Writers Center!) Curating the Dolly issue of Limp Wrist together was so much fun. We realized we needed to produce an anthology before we even finished the issue. And then we had to keep our news a surprise–which was excruciating at times. We’re grateful that Madville Publishing said yes to our inquiry because Madville was the publisher we wanted to work with on this Dollyverse journey.

How long did it take to gather and choose the poems you selected for the anthology?

We put out our call for submissions on Dolly’s 76th birthday, January 19, 2022, when we revealed that we would be co-editing an anthology. We agreed early on that we would read submissions out loud, on the phone, together. The experience of that energy was unparalleled–we were moved by how much Dolly fans showed us with their work, and it led to a lot of discussion about the anthology’s trajectory. We celebrated over poems together, sat in awe, wept sometimes, but were always taken by the dedication that so many poets put into their submissions. It was difficult to turn down strong work that did not necessarily dovetail with our vision for the book, but we hope anyone that submitted knows that we were honored to read their takes on Dolly. We laid out the book in late summer and finalized it in late fall; we hope readers experience what we did in bringing this chorus of voices together and that they also do the seemingly impossible–fall even more in love with Dolly.

The cover is gorgeous and perfect for the collection. Tell us how you chose that image and what the process was like.

Thank you! We share your sentiment. Originally, we had plans for using Dolly printing press art–however, that vision did not come to fruition. At the time, we were really crestfallen, but we could not have known that we had a Dolly angel on our shoulders all along. We could hardly believe the kindness of Dolly’s team when we received the approval to use Fran Strine’s photograph. We’re also extremely grateful to Team Dolly for allowing us to review several photographs for the cover. When they arrived, we each ranked our top three favorites independently. Not surprisingly, we both selected two of the same images, which is on par for our experience as Let Me Say This co-editors. It took about an hour and thirty minutes for us to talk through the photographs and reach a decision. However, we’ll confess that probably thirty minutes of that was us fan-girling out over the selection, and of the incredible generosity of Dolly and her team.

I love Kim Davis and Madville Publishing’s incredible catalog of books. What a great team! How did y’all meet?

Our friends and fellow poets Collin Kelley and Karen Head edited Mother Mary Comes to Me: A Popculture Anthology, which was published by Madville. (Julie has a poem in the anthology!) Collin and Karen were so complimentary of Kim and Madville Publishing, so that led us to putting Madville on our #1 spot for publishers. We’ve learned a lot from working with Kim and Madville, and we’re so appreciative of their belief in this anthology from the day we pitched the idea. Additionally, their enthusiasm and love for the project was a bright beacon at every turn. To call in Dolly here, that level of attentive excitement and joy is a rare and gentle thing, and we could not be more grateful.

How can readers support Let Me Say This?

Readers can ask their local libraries and bookstores to carry Let Me Say This. The best financial option–especially for bookstores–is to order directly through Madville Publishing. Ordering a copy of this book also does a little good in this world because we’re donating our annual editor royalties to Dolly Parton’s Imagination Library. Also, if readers have a local bookstore they adore, we are open to scheduling readings and Q&A events both in person and via Zoom. We are also happy to speak to classes or participate in interviews. You can contact us via email at letmesaythisanthology@gmail.com. We can’t wait to hear from you! If you are a teacher and want to implement Let Me Say This into your curriculum, we welcome that too. Every poem in the anthology is a unique take on how to implement pop culture in poetry. The anthology also spotlights a few forms–villanelle, ghazal, sonnet, and a few prose poems, to name a few– that would be great for a forms class. And of course, the anthology is an ideal gift for Dolly fans. And we are always excited to hear when readers have purchased copies to donate as well.

How can readers stay current on Let Me Say This happenings?

Dustin Brookshire (he/him) a finalist for the 2021 Scotti Merrill Award, is the founder/editor of Limp Wrist, curator of the Wild & Precious Life Series (a Zoom-based poetry reading series), program director for Reading Queer, and founding chapter president of the South Florida Poets. He is the author of three chapbooks: Never Picked First for Playtime (Harbor Editions, 2023), Love Most of You Too (Harbor Editions, 2021) and To The One Who Raped Me (Sibling Rivalry Press, 2012). Visit him online at www.dustinbrookshire.com.

Julie E. Bloemeke (she/her) is the 2021 Georgia Author of the Year Finalist for Poetry. Her debut full-length collection Slide to Unlock (Sibling Rivalry Press, 2020) was also chosen as a 2021 Book All Georgians Should Read. Winner of the 2022 Third Coast Poetry Prize and a finalist for the 2020 Fischer Prize, her work has appeared in numerous anthologies and publications including Writer’s Chronicle, Prairie Schooner, Cortland Review, Gulf Coast, Eco Theo Review, and others. An associate editor for South Carolina Review and a Virginia Center for the CreativeArts fellow, she is also a freelance writer and editor. Visit her online at www.jebloemeke.com 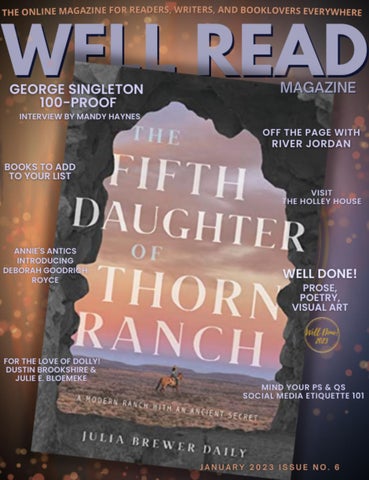