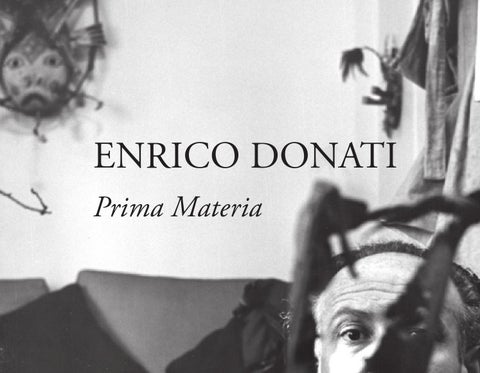 and the release of the new monograph, Enrico Donati, by Dawn Ades with contributions by Ann Temkin, Marie Mauzé, and Cynthia Albertson, published by Skira Rizzoli.

Donati in his New York City studio, early 1950s, with Katsina dolls on the windowsill behind him. Photograph by Hans Namuth

Featuring our distinguished and esteemed guests­— Surrealist curator and scholar, Dawn Ades, anthropologist Marie Mauzé, and Museum of Modern Art conservator, Cynthia Albertson. The discussion will be moderated by the curator, poet and filmmaker, Colin Browne.

A lecture and discussion with Marie Mauzé and noted specialist of historical Native American art, Donald Ellis Kindly RSVP for each event rsvp@weinstein.com or 415-362-8151

Dawn Ades is a Fellow of the British Academy, a former

Marie Mauzé, PhD is a senior researcher in anthropology

trustee of the Tate, Professor of the History of Art at the Royal Academy and was awarded a CBE (Officer of the Most Excellent Order of the British Empire) in 2013 for her services to art history. She has been responsible for some of the most important international exhibitions over the past thirty years, including Dada and Surrealism Reviewed, Art in Latin America and Francis Bacon. Most recently she organized the highly successful exhibition to celebrate the centenary of Salvador Dalí at the Palazzo Grassi in Venice and Philadelphia Museum of Art (2004), The Colour of my Dreams: The Surrealist Revolution in Art at the Vancouver Art Gallery (2011), and was Associate Curator for Manifesta 9 (2012). She has published standard works on photomontage, Dada, Surrealism, women artists and Mexican muralists. Dawn is the lead author on the new monograph Enrico Donati and joins us from London.

and a member of the Laboratoire d’anthropologie sociale (CNRS) in Paris. She has conducted fieldwork in British Columbia with the Kwakwaka’wakw since 1980 and has visited several other First Nations’ communities including the Nuu-chah-nulth and Nuxalk. In addition to numerous articles in French and English, she is the author of Les Fils de Wakai. Une histoire des Lekwiltoq, co-publisher with Marine Degli of Arts premiers, editor of Present is Past: Some Uses of Tradition in Native Societies, and coeditor with Michael Harkin and Sergei Kan of Coming to Shore: Northwest Coast Ethnology, Traditions, and Visions. Most recently she contributed to the edition of Claude Lévi-Strauss’s Oeuvres. Her areas of study and expertise include Northwest Coast ethnology, the anthropology of art and aesthetics, material cultural studies, the history of collecting and museums, and representations of indigenous societies. She is currently working on the anthropology of the native and Western gazes on Northwest Coast masks. Dr. Mauzé joins us from Paris.

Colin Browne (Moderator), is a writer, curator, documentary filmmaker and film historian working in British Columbia. He was co-founder of the Kootenay School of Writing and the Praxis Screenwriter’s Workshop and serves on several boards, including the Vancouver International Film Festival, the Audio-Visual Heritage Association of BC and The Capilano Review. He is Professor Emeritus in the School for the Contemporary Arts at Simon Fraser University where he taught film production, film studies and critical writing. His most recent book, The Hatch, was published by Talonbooks in 2015. He was involved in the restoration of Edward Curtis’ feature film In the Land of the Head Hunters, shot on Vancouver Island in 1913–1914. His most recent projects include a study of Charles Edenshaw and a catalogue essay, “Scavengers of Paradise,” which was published by the Vancouver Art Gallery during its 2011 exhibition on Surrealism and explores the Surrealist romance with the ceremonial art of the Northwest Coast and Alaska. He currently is a guest curator at the Vancouver Art Gallery for the exhibition opening in 2016, I had an interesting French Artist to see me this summer: Emily Carr and Wolfgang Paalen in British Columbia.

Cynthia Albertson is a conservator at the Museum of Modern Art in New York and has published and lectured on the materials and methods of Claes Oldenburg, Piet Mondrian and Diego Rivera. In addition to her current essay in Enrico Donati, she has contributed to Diego Rivera: Murals for the Museum of Modern Art, Mondrian en het kubisme: Paris 1912-1914, and The Public Face of Conservation. She is on the steering committee for the Alliance for Response NYC and is an Associate Member of the American Institute for the Conservation of Historic and Artistic Works. Ms. Albertson joins us from New York City. 5

t is our distinct honor to present ENRICO DONATI­—Prima Materia. This exhibition coincides with the release of the new monograph Enrico Donati from Skira Rizzoli Publications and follows the artist’s transformation from the newest recruit of Surrealism to an innovator of textural abstraction at the birth of the New York School. From as early as the 1940s, Enrico Donati was intensely interested in the art of alchemy and its potential influence on the creative imagination. For the alchemist, the art of transforming ordinary raw materials into something precious begins with the prima materia, or “first matter,” which is the primal enigma from which all life emerges and eventually returns to. This exhibition includes 50 paintings and sculptures from the first three decades of Donati’s magnum opus and examines the reoccurring theme of death, birth, and rebirth while exploring the artist’s diverse sources of prima materia, from mythology, archaeology and ethnography to science, alchemy and mysticism. Additionally, the exhibition is highlighted by a collection of rare ethnographic objects including two Yup’ik masks from Donati’s own important tribal arts collection.

We would like to thank our esteemed guests, Dawn Ades, Marie Mauzé, and Cynthia Albertson, for their important contributions to the scholarship on Donati and their participation in our panel discussion. We are additionally indebted to Colin Browne for his enthusiastic embrace of moderation. We would also like to extend our deepest gratitude to the respected dealer and specialist in 18th and 19th century Northwest Coast and Eskimo art, Donald Ellis, for his superb curation of the ethnographic art in this exhibition. Finally, we would like to thank Kathy Hill for her generous assistance and Mrs. Adele Donati for her unfailing support. It was our greatest honor to personally know Enrico Donati and call him our friend. Enrico’s artistic career is one of the very few real-life examples of the shift in the art world from Surrealism in Paris to Abstract Expressionism in mid-century New York. It is our hope the exhibition and this recent scholarship will provide viewers an opportunity to rediscover this artist and consider these paintings and sculptures, not just for their importance as works of art, but for their significance in the context of the historical period in which they were created.

Select Works from the Exhibition

Donati in his studio, 1950s. Photograph by Hans Namuth 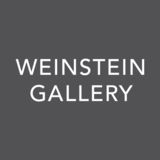