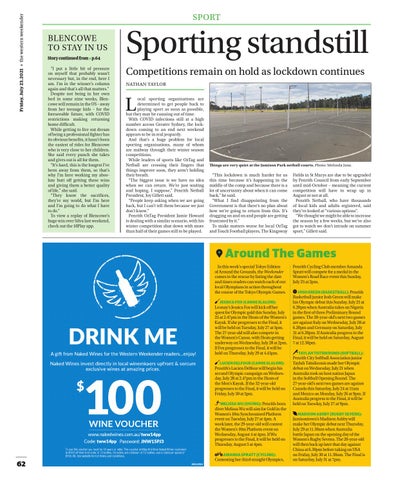 SPORT BLENCOWE TO STAY IN US Story continued from » p.64

“I put a little bit of pressure on myself that probably wasn’t necessary but, in the end, here I am. I’m in the winner’s column again and that’s all that matters.” Despite not being in her own bed in some nine weeks, Blencowe will remain in the US – away from her teenage kids – for the foreseeable future, with COVID restrictions making returning home difficult. While getting to live out dream of being a professional fighter has its obvious benefits, it hasn’t been the easiest of rides for Blencowe who is very close to her children. She said every punch she takes and gives out is all for them. “It’s hard, this is the longest I’ve been away from them, so that’s why I’m here working my absolute butt off getting these wins and giving them a better quality of life,” she said. “They know the sacrifices, they’re my world, but I’m here and I’m going to do what I have to do.” To view a replay of Blencowe’s huge win over Silva last weekend, check out the 10Play app.

ocal sporting organisations are determined to get people back to playing sport as soon as possible, but they may be running out of time. With COVID infections still at a high number across Greater Sydney, the lockdown coming to an end next weekend appears to be in real jeopardy. And that’s a huge problem for local sporting organisations, many of whom are midway through their winter season competitions. While leaders of sports like OzTag and Netball are crossing their fingers that things improve soon, they aren’t holding their breath. “The biggest issue is we have no idea when we can return. We’re just waiting and hoping, I suppose,” Penrith Netball President, Joy Gillett said. “People keep asking when we are going back, but I can’t tell them because we just don’t know.” Penrith OzTag President Jamie Howard is dealing with a similar scenario, with his winter competition shut down with more than half of their games still to be played.

“This lockdown is much harder for us this time because it’s happening in the middle of the comp and because there is a lot of uncertainty about when it can come back,” he said. “What I find disappointing from the Government is that there’s no plan about how we’re going to return from this. It’s dragging on and on and people are getting frustrated by it.” To make matters worse for local OzTag and Touch Football players, The Kingsway

Fields in St Marys are due to be upgraded by Penrith Council from early September until mid-October – meaning the current competition will have to wrap up in August or not at all. Penrith Netball, who have thousands of local kids and adults registered, said they’ve looked at “various options”. “We thought we might be able to increase the season by a few weeks, but we’ve also got to watch we don’t intrude on summer sport,” Gillett said.

Around The Games In this week’s special Tokyo Edition of Around the Grounds, the Weekender comes to the rescue by listing the date and times readers can watch each of our local Olympians in action throughout the course of the Tokyo Olympic Games. JESSICA FOX (CANOE SLALOM):

Penrith Cycling Club member Amanda Spratt will compete for a medal in the Women’s Road Race event this Sunday, July 25 at 2pm. JOSH GREEN (BASKETBALL): Penrith Basketball junior Josh Green will make his Olympic debut this Sunday, July 25 at 6.20pm when Australia takes on Nigeria in the first of three Preliminary Round games. The 20-year-old’s next two games are against Italy on Wednesday, July 28 at 6.20pm and Germany on Saturday, July 31 at 6.20pm. If Australia progress to the Final, it will be held on Saturday, August 7 at 12.30pm. TAYLAH TSITSIKRONIS (SOFTBALL):

Penrith City Softball Association junior Taylah Tsitsikronis made her Olympic debut on Wednesday, July 21 when Australia took on host nation Japan in the Softball Opening Round. The 27-year-old’s next two games are against Canada this Saturday, July 24 at 11am and Mexico on Monday, July 26 at 9pm. If Australia progress to the Final, it will be held on Tuesday, July 27 at 9pm. MADISON ASHBY (RUGBY SEVENS):

Jamisontown’s Madison Ashby will make her Olympic debut next Thursday, July 29 at 11.30am when Australia battle Japan on the opening day of the Women’s Rugby Sevens. The 20-year-old will then back up later that day against China at 6.30pm before taking on USA on Friday, July 30 at 11.30am. The Final is on Saturday, July 31 at 7pm. 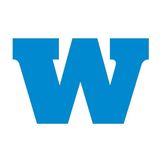