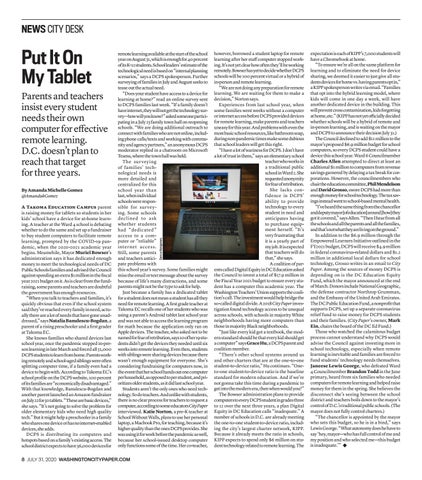 Parents and teachers insist every student needs their own computer for effective remote learning. D.C. doesn’t plan to reach that target for three years. By Amanda Michelle Gomez @AmanduhGomez A Takoma Education Campus parent is raising money for tablets so students in her kids’ school have a device for at-home learning. A teacher at the Ward 4 school is debating whether to do the same and set up a fundraiser to buy student computers to facilitate remote learning, prompted by the COVID-19 pandemic, when the 2020-2021 academic year begins. Meanwhile, Mayor Muriel Bowser’s administration says it has dedicated enough money to meet the technological needs of DC Public Schools families and advised the Council against spending an extra $1 million in the fiscal year 2021 budget on it. As is clear from the fundraising, some parents and teachers are doubtful the government has enough resources. “When you talk to teachers and families, it’s quickly obvious that even if the school system said they’ve reached every family in need, actually there are a lot of needs that have gone unaddressed,” says Natalia Banulescu-Bogdan, a parent of a rising preschooler and a first grader at Takoma EC. She knows families who shared devices last school year, once the pandemic stopped in-person learning in late March and forced all 51,000 DCPS students to learn from home. Parents working remotely and school-aged siblings were often splitting computer time, if a family even had a device to begin with. According to Takoma EC’s school profile on the DCPS website, 100 percent of its families are “economically disadvantaged.” With that knowledge, Banulescu-Bogdan and another parent launched an Amazon fundraiser on July 22 for 50 tablets. “These are basic devices,” she says. “It’s not going to solve the problem for older elementary kids who need high quality tech.” But it might help a preschooler in a family who shares one device or has no internet-enabled devices, she adds. DCPS is distributing its computers and hotspots based on a family’s existing access. The school district expects to have 36,000 devices for

Put It On My Tablet

remote learning available at the start of the school year on August 31, which is enough for 40 percent of its K–12 students. School leaders’ estimate of the technological need is based on “internal planning scenarios,” says a DCPS spokesperson. Further surveying of families in July and August seeks to tease out the actual need. “Does your student have access to a device for learning at home?” read an online survey sent to DCPS families last week. “If a family doesn’t have internet, they will not get the technology survey—how will you know?” asked someone participating in a July 23 family town hall on reopening schools. “We are doing additional outreach to connect with families who are not online, including phone calls/texts and working with community and agency partners,” an anonymous DCPS moderator replied in a chatroom on Microsoft Teams, where the town hall was held. The sur veying of families’ technological needs is more detailed and centralized for this school year than last, when individual schools were responsible for sur veying. Some schools decl i ned to ask whether students had “dedicated” access to a computer or “reliable” i nter net access . Still, some parents and teachers anticipate problems with this school year’s survey. Some families might miss the email or text message about the survey because of life’s many distractions, and some parents might not be the type to ask for help. Just because a family has a dedicated tablet for a student does not mean a student has all they need for remote learning. A first grade teacher at Takoma EC recalls one of her students who was using a parent’s Android tablet last school year and was not able to access the learning program for math because the application only ran on Apple devices. The teacher, who asked not to be named for fear of retribution, says 10 of her 19 students didn’t get the devices they needed until six weeks into remote learning. Even then, students with siblings were sharing devices because there wasn’t enough equipment for everyone. She’s considering fundraising for computers now, in the event that her school hands out one computer per household, as opposed to per student, and prioritizes older students, as it did last school year. Students aren’t the only ones who need technology. So do teachers. And unlike with students, there is no clear process for teachers to request a computer, according to some educators City Paper interviewed. Katie Norton, a pre-K teacher at School Without Walls, plans to use her personal laptop, a Macbook Pro, for teaching, because it’s higher quality than the ones DCPS provides. She was using it for work before the pandemic as well, because her school-issued desktop computer only functions some of the time. Her co-teacher,

however, borrowed a student laptop for remote learning after her staff computer stopped working. It’s not yet clear how often they’ll be working remotely. Bowser has yet to decide whether DCPS schools will be 100 percent virtual or a hybrid of in-person and remote learning. “We are not doing any preparation for remote learning. We are waiting for them to make a decision,” Norton says. Experiences from last school year, when some families went weeks without a computer or internet access before DCPS provided devices for remote learning, make parents and teachers uneasy for this year. And problems with even the most basic school resources, like bathroom soap, during non-pandemic times make some dubious that school leaders will get this right. “I have a lot of wariness for DCPS. I don’t have a lot of trust in them,” says an elementary school teacher who works in a traditional public school in Ward 2. She requested anonymity for fear of retribution. She lacks confidence in DCPS’ ability to provide technology to every student in need and anticipates having to purchase equipment herself. “It’s very frustrating that it is a yearly part of my job. It is expected that teachers will do that,” she says. A coalition of parents called Digital Equity in DC Education asked the Council to invest a total of $17.9 million in the Fiscal Year 2021 budget to ensure every student has a computer this academic year. The Washington Teachers’ Union supports the coalition’s call. The investment would help bridge the so-called digital divide. A 2018 City Paper investigation found technology access to be unequal across schools, with schools in majority White neighborhoods having more computers than those in majority Black neighborhoods. “Just like every kid got a textbook, the modern standard should be that every kid should get a computer” says Grace Hu, a DCPS parent and coalition member. “There’s other school systems around us and other charters that are at the one-to-one student-to-device ratio,” Hu continues. “Oneto-one student-to-device ratio is the baseline standard for modern education. And if we’re not gonna take this time during a pandemic to get into the modern era, then when would you?” The Bowser administration plans to provide computers to every DCPS student in grades three to 12 over the next three years, a plan Digital Equity in DC Education calls “inadequate.” A number of schools in D.C. are already meeting the one-to-one student-to-device ratio, including the city’s largest charter network, KIPP. Because it already meets the ratio in schools, KIPP expects to spend only $6 million on student technology related to remote learning. The

expectation is each of KIPP’s 7,000 students will have a Chromebook at home. “To ensure we’re all on the same platform for learning and to eliminate the need for device sharing, we deemed it easier to just give all students devices for home vs. having parents opt in,” a KIPP spokesperson writes via email. “Families that opt into the hybrid learning model, where kids will come in one day a week, will have another dedicated device in the building. This will prevent cross contamination, kids forgetting at home, etc.” (KIPP has not yet officially decided whether schools will be a hybrid of remote and in-person learning, and is waiting on the mayor and DCPS to announce their decision July 31.) The Council declined to add $11 million to the mayor’s proposed $6.9 million budget for school computers, so every DCPS student could have a device this school year. Ward 6 Councilmember Charles Allen attempted to direct at least an additional $1 million to computers from revenue savings garnered by delaying a tax break for corporations. However, the councilmembers who chair the education committee, Phil Mendelson and David Grosso, swore DCPS had more than enough money for school technology. The tax savings instead went to school-based mental health. “I’ve heard the same thing from the chancellor anddeputymayor[ofeducation]around[how]they got it covered,” says Allen. “Then I hear from all the schools and all the parents and all the families, and that’s not what they are living on the ground.” In addition to the $6.9 million through the Empowered Learners Initiative outlined in the FY2021 budget, DCPS will receive $4.9 million in federal coronavirus-related dollars and $1.2 million in additional local dollars for school technology, Grosso writes in an email to City Paper. Among the sources of money DCPS is depending on is the DC Education Equity Fund, which the mayor announced at the end of March. Donors include National Geographic, the defense contractor Northrop Grumman, and the Embassy of the United Arab Emirates. The DC Public Education Fund, a nonprofit that supports DCPS, set up a separate coronavirus relief fund to raise money for DCPS students and their families. (City Paper’s owner, Mark Ein, chairs the board of the DC Ed Fund.) Those who watched the calamitous budget process cannot understand why DCPS would advise the Council against investing more in school technology, especially when remote learning is inevitable and families are forced to fund students’ technology needs themselves. Janeese Lewis George, who defeated Ward 4 Councilmember Brandon Todd in the June primary, heard from six families who needed computers for remote learning and helped raise money for them in the spring. She believes the disconnect she’s seeing between the school district and teachers boils down to the mayor’s control of D.C.’s traditional public schools. (The mayor does not fully control charters.) “The chancellor is appointed by the mayor who sets this budget, so he is in a bind,” says Lewis George. “What autonomy does he have to say ‘hey, mayor—who has full control of me and my position and who selected me—this budget is inadequate.’” 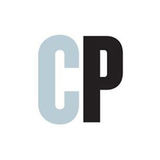 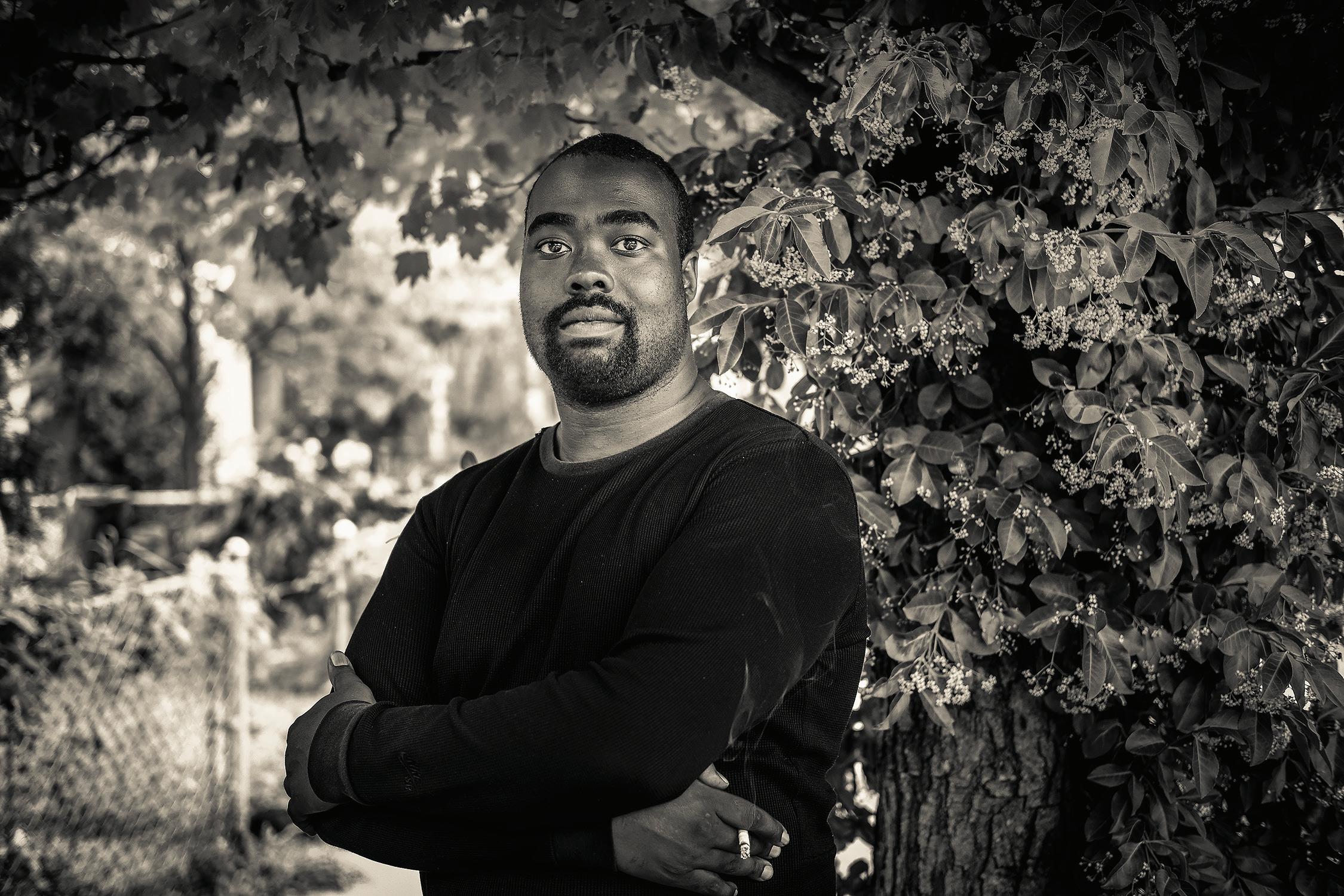 Loose Lips: A couple and their baby fight the city for their right to emergency shelter 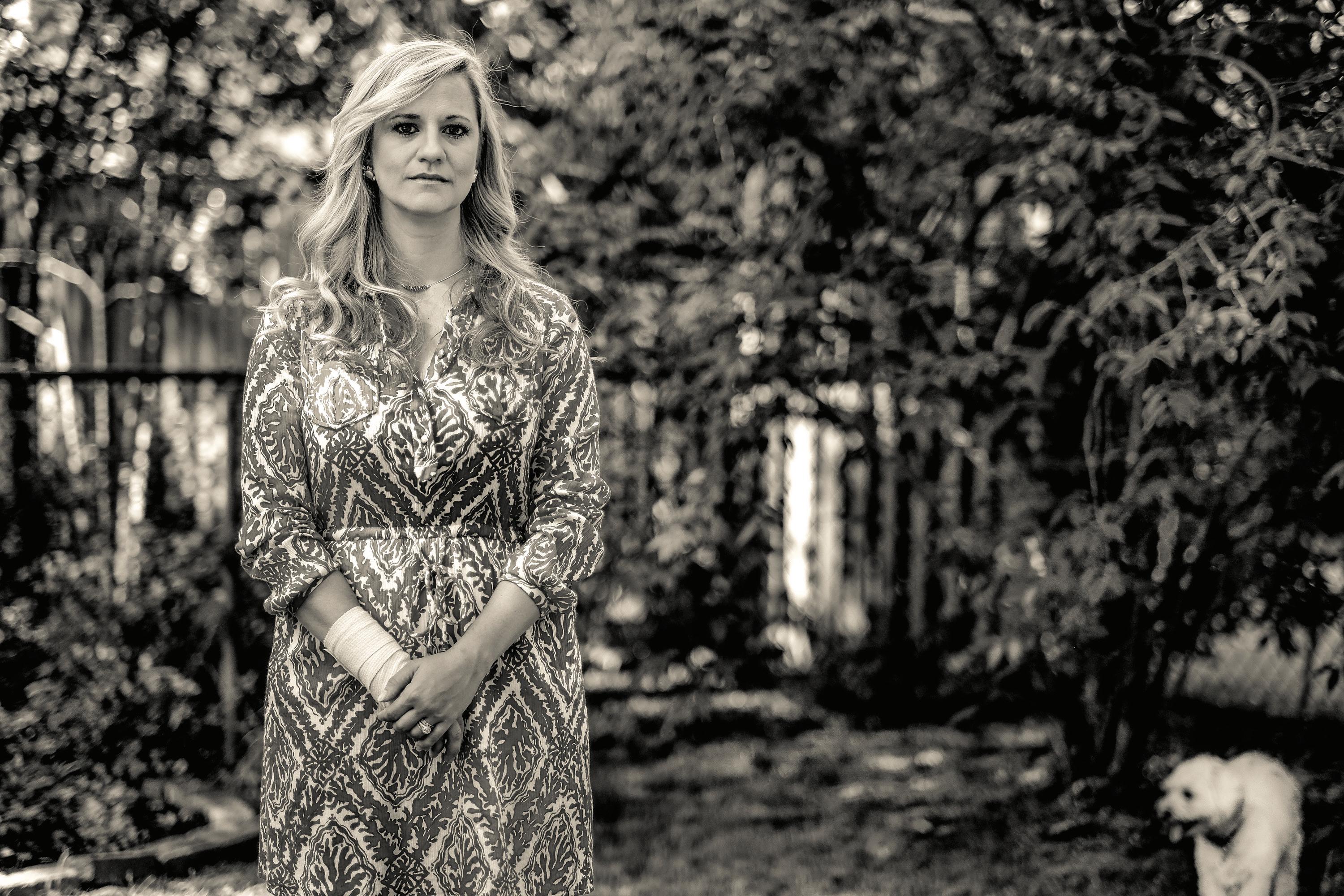 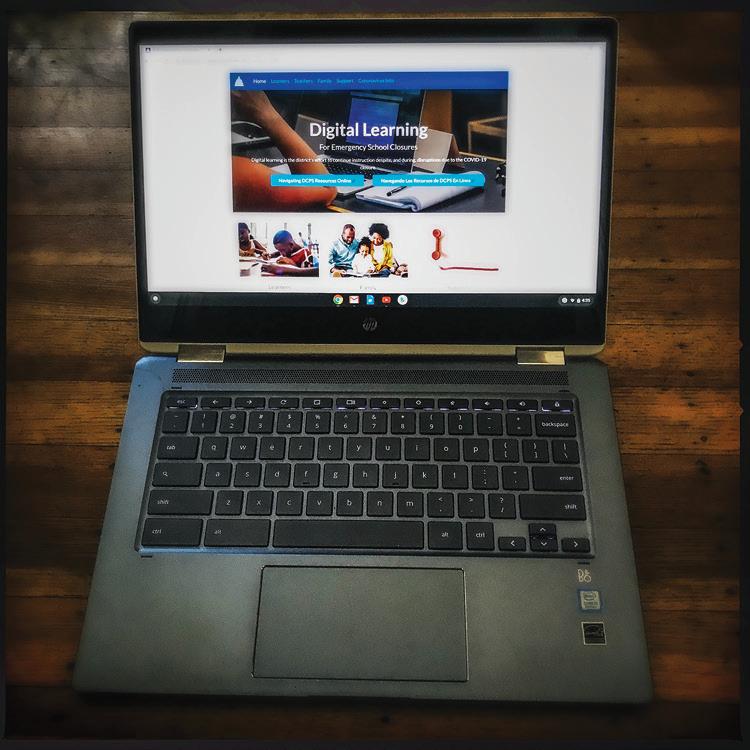 Put It On My Tablet:DC Public 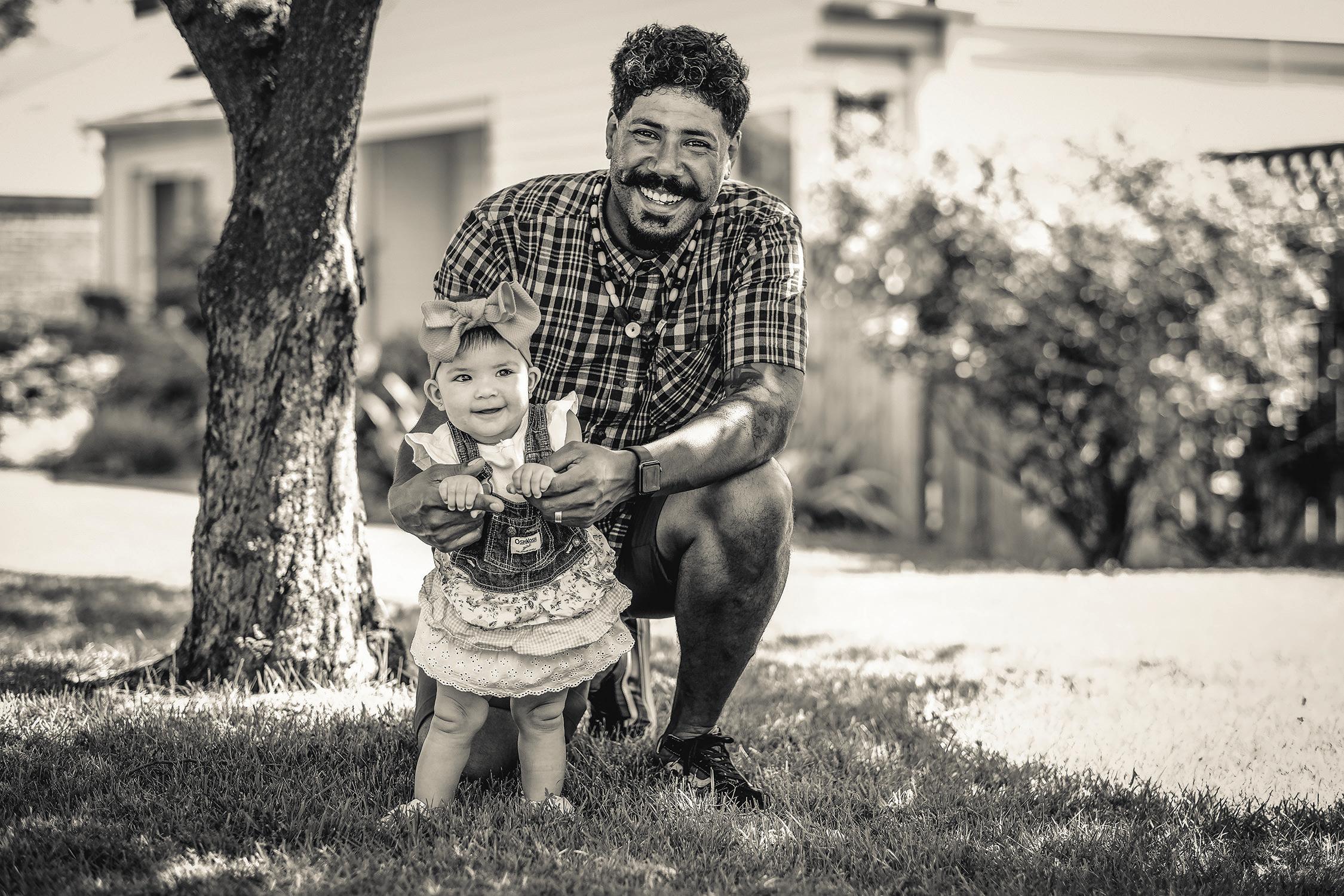 Jumping Shift: Hospitality pros discuss the forces and events that prompt them to consider leaving the industry 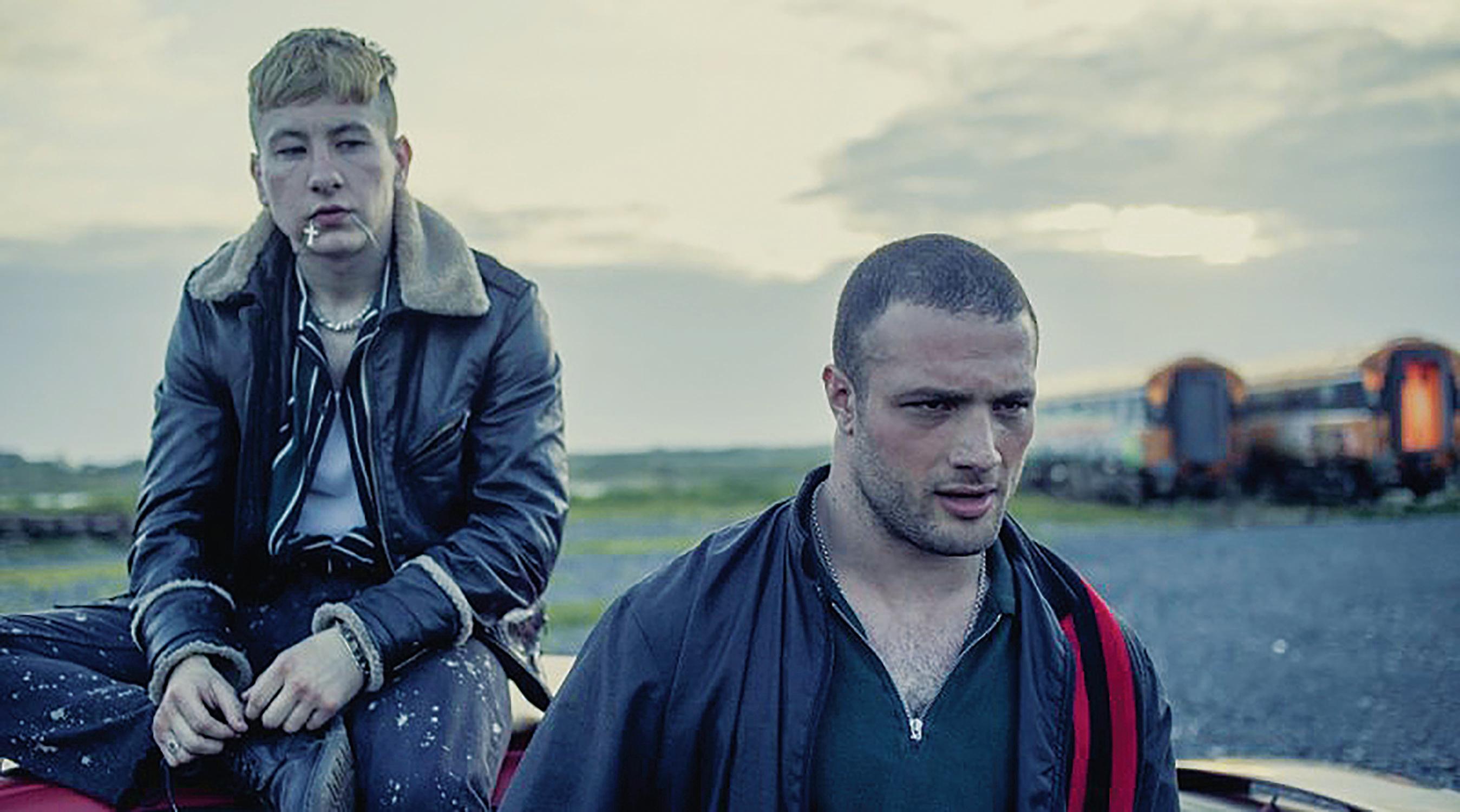 Film: Gittell on The Shadow of Violence 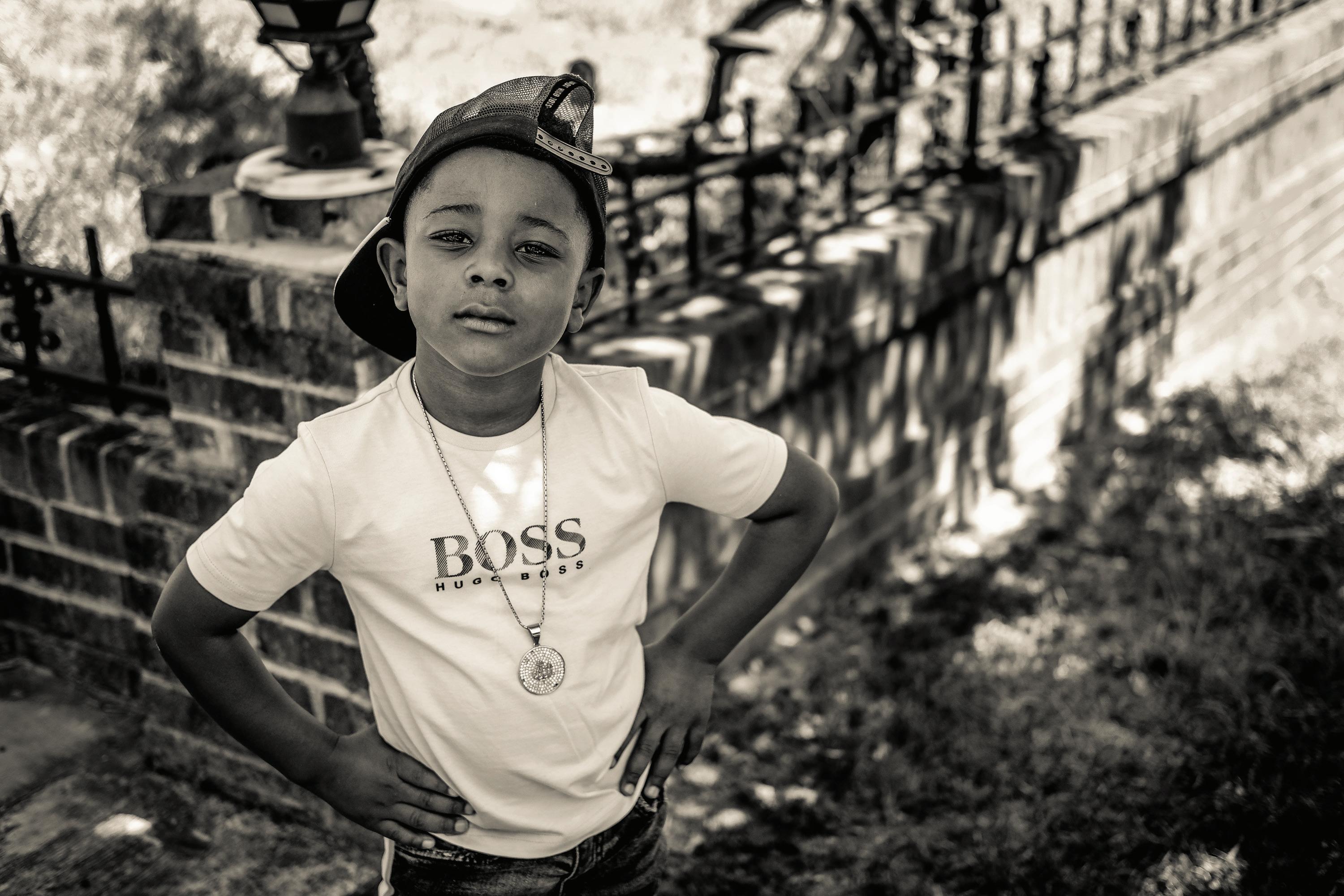 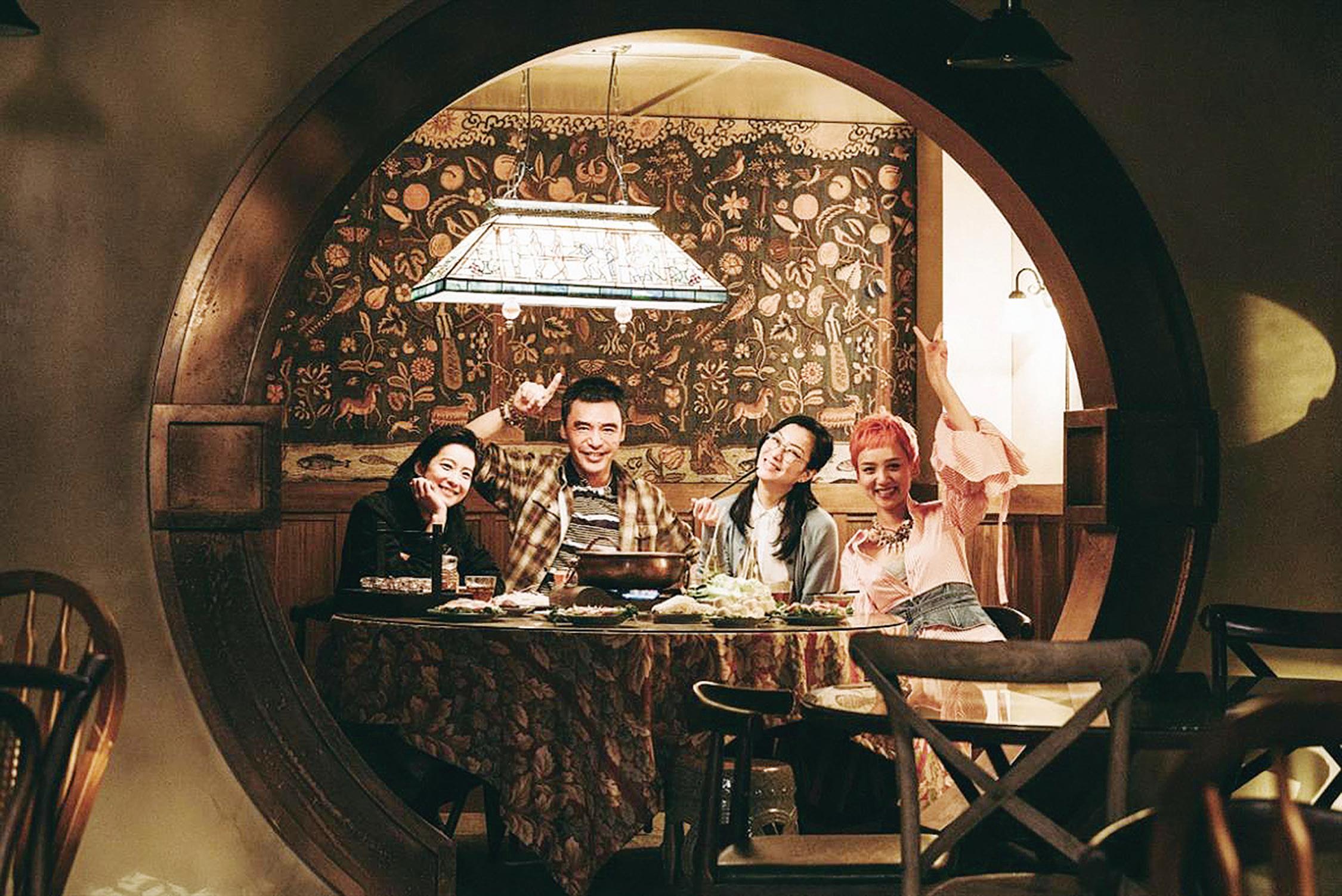 City Lights: Learn how to nurture a garden in a small space or check out a documentary about a Canadian photographer 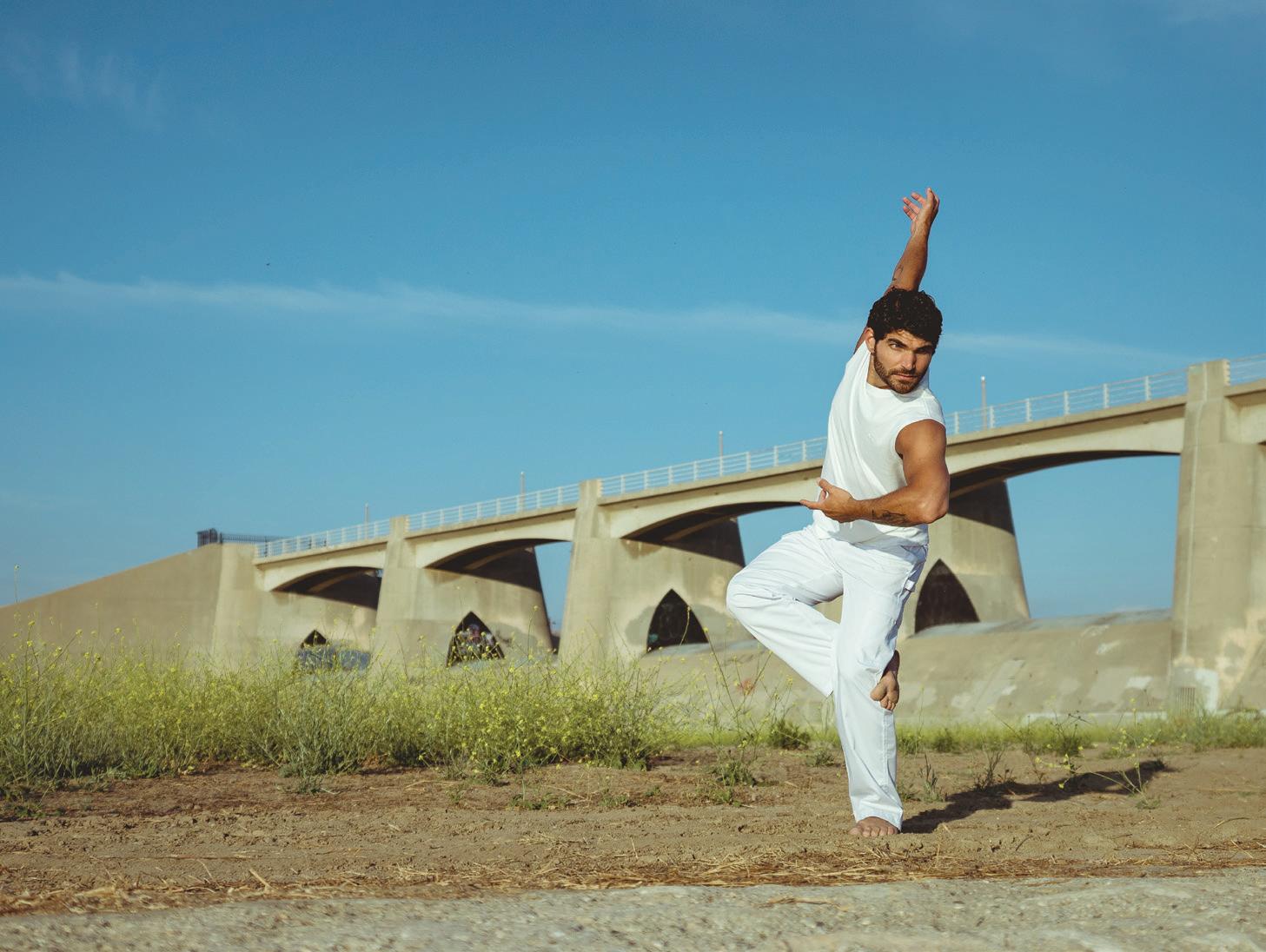 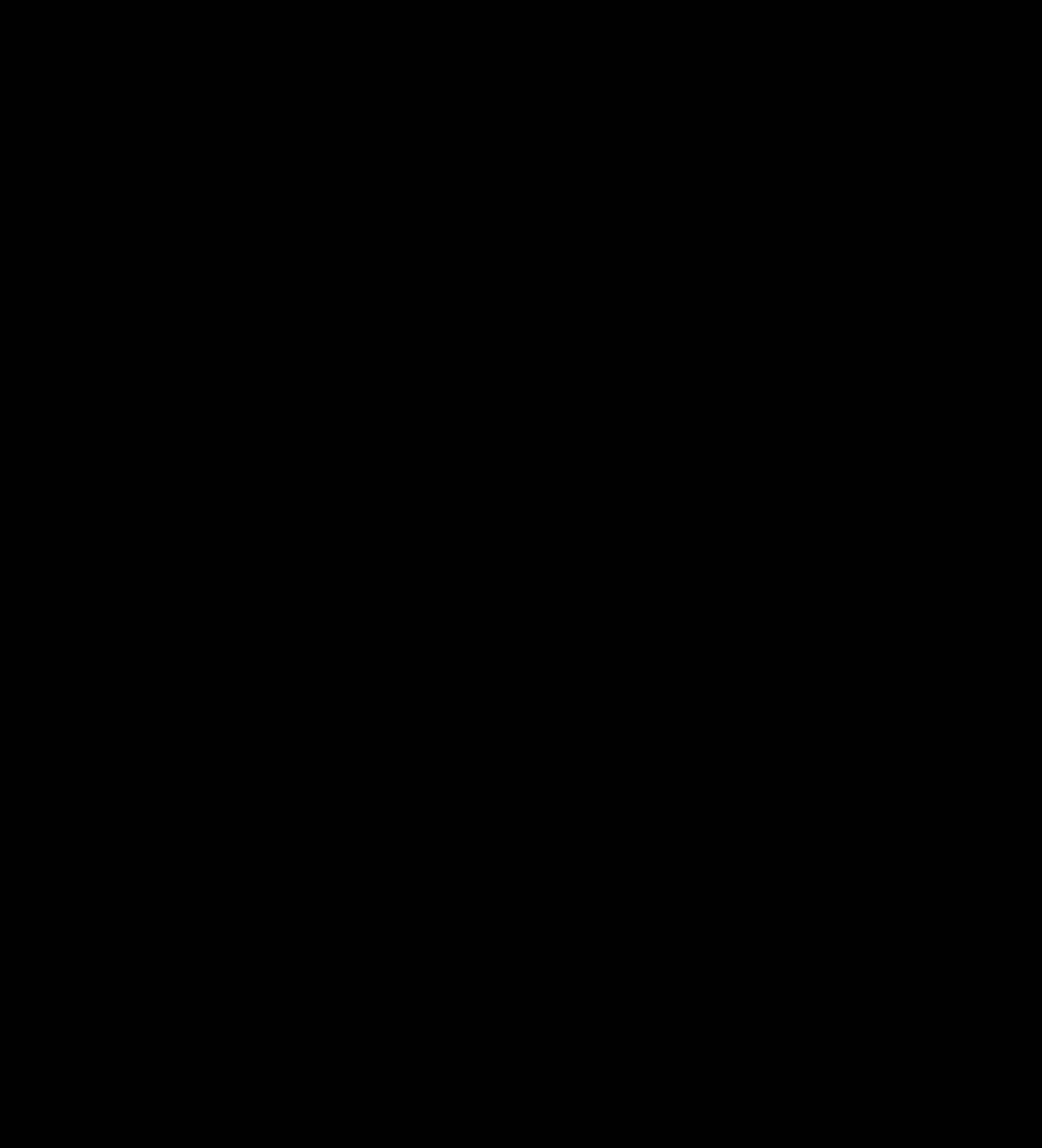