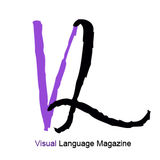 Visual Language Contemporary Fine Art from artists around the world.

Art tells the whole story. For as long as mankind has played a role in this world, artists have recorded that role. Historians and archaeologists study art to learn about past civilizations and the individuals within them. Every era in our history has been recorded, defined, refined, and enhanced by its artists… and today is no exception. Not a moment slips by that isn’t being translated, somewhere, by someone, into a work of art. Every second holds a lifetime of inspiration, and in our fast-paced world this means that capturing the essence of the era requires a veritable army, millions strong and wielding their chosen implements of creation. Right now there are untold numbers of artists channeling their situations, their conflicts, their passions, their grievances—their lives and the lives of those around them—into their work. Transforming their energy into what matters. Using their art to tell the whole story.