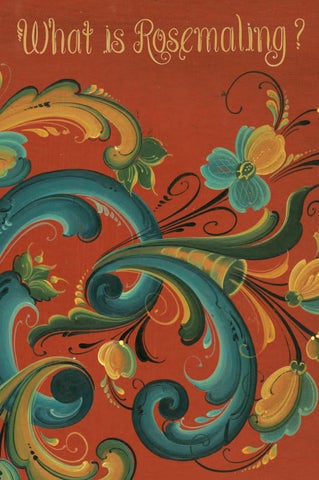 This booklet is designed to provide visitors to Vesterheim with some basic information about the painted Norwegian folk art known as rosemaling. It is hoped that, with this booklet, those who come to view rosemaling, perhaps for the first time, will gain a greater appreciation of the folk artâ&amp;#x20AC;&amp;#x2122;s beauty and variety by providing some background history and insights. The project is in memory of Marlys Hammer, a Vesterheim Gold Medalist in rosemaling, who dedicated much of her adult life to sharing the art form she loved, as a teacher, promoter, and encourager. This project was made possible through generous donations from the friends of Marlys Hammer. Special thanks to Judy Ritger and Patti Goke for their work in creating this booklet.

Rosemaling is the decorative painting of Norway. The word rosemaling is a compound word of ros (decoration) and male (to paint). Rosemaling has a long, rich history in various regions of Norway, roughly from Trondheim southward. Rosemaling is a diverse art form that has its beginning in churches, where the walls and ceilings were richly decorated. As you walk through the museum, you will see many examples of old and contemporary rosemaling. You will notice variations between the local styles of the old painting, which have been picked up and further developed by contemporary painters. You can appreciate this especially when you view the rosemaling in the annual National Exhibition of Folk Art in the Norwegian Tradition at Vesterheim.

It is difficult to be specific about the number of rosemaling styles due in part to the fact that stylistic boundaries are not easily defined. Many early painters were itinerant and brought their styles with them. As the painters traveled, they freely borrowed from other artists. In some areas, it is difficult to identify a local style, because rosemaling was brought in by artists from outside the area. Today it is easier to stylistically identify the work of contemporary painters. Teachers have passed on the basics of styles and competitions have helped to keep styles somewhat pure. But, unless rosemalers are painting entries for competitions that require them to identify a single style they are using, some might enjoy mixing up the styles a bit to express individuality.

Hallingdal style is known for its bold designs of flowers and scrolls that are round and robust in form. Many of the designs are symmetrical and heavy black details are prevalent. Colors are bold and are a strong feature of the design.

Trunk with Telemark rosemaling, by Thomas or Olav Luraas, 1863.

Telemark style mimics the folk music of the area. It is lyrical and moves freely. Scrolls are generally the foundation of the style. Telemark flowers are fanciful and do not resemble flowers seen in nature. Typically, this style is not symmetrical. Telemark can be very elegant in look, and color is an important part of the design. 5

In the Valdres style, the flowers are identifiable, such as the tulip, and are the most realistic of all rosemaling flowers. Flower clusters in this style can be rooted, potted, or hung. Often in this style there is a kind of landscape painting called chinoiserie, which is typically painted in blues.

Design in Rogaland style by Judy Ritger. Detail. Trunk with Rogaland rosemaling (Ryfylke), by the school of Lars A. Trageton, 1847. Vesterheim 1975.003.001—Gift of Olena, Hilda, and Johanna Anfinson.

Originally this style was simple in design, with influences from the surrounding areas of Hallingdal, Telemark, and Vest-Agder. There may be a round ornamental frame, called a cartouche, in the center with a symmetrical design around it. Today this older style is sometimes referred to as Ryfylke. Since the 1970s, this style has become more symmetrical and detailed in its design and use of color, especially in the United States. This newer variant is sometimes referred to as American Rogaland.

Other Styles That Are Gaining Favor Among Today’s Rosemalers

There is Vest (West) Agder and Aust (East) Agder. Geographically they are separated by a valley (and rosemaling style) called Setesdal. These three styles share elements of flowers, scrolls, and line work. The styles are typically symmetrical in design and use many teardrops. Often there is a cartouche upon which a “crown of flames” sits.

This style of rosemaling uses many elements taken from acanthus carving because the Gudbrandsdal valley was well-known for its beautiful carvings. Its scrolls are the most developed of all the styles of rosemaling, with portions of the scrolls emulating the folded-over, three-dimensional look of leaves in acanthus carving. The flowers can be quite static in the older rosemalingâ&amp;#x20AC;&amp;#x201D;this is in direct contrast to the movement of the scrolls. However, some painters today are adding more grace and importance to the flowers. 9

This style of rosemaling, which is relatively “new” to today’s painters, was once a cottage industry in the area of Os, located east of Bergen. Generally, its flowers, rather than its scrolls, are the prominent feature of this style. The colors can be the traditional reds, blues, and yellows of rosemaling, but there might also be pinks and purples, so the designs can be quite colorful.

If you want to give rosemaling a try, Vesterheim offers many classes each year! The classes vary in the styles offered, and in experience levels, from beginner to advanced. They are taught by nationally-known instructors from the United States and Norway. Students have the opportunity to connect with a community of painters and study historical and modern pieces from the museum’s amazing collection. For more information, check vesterheim.org, or contact the Folk Art Education Specialist at 563-382-9681.

In addition to classes, you can find many of the supplies you will need for rosemaling at Vesterheim in the Museum Store, located in the Westby-Torgerson Education Center, the building where you’ll also find the Folk Art School’s comfortable studio-style classrooms. Many supplies are also available in the museum’s online store at vesterheim.org.

Vesterheim members have the opportunity to purchase the Rosemaling Letter, a 16-page color newsletter sent three times a year. The publication includes articles by other rosemalers about the art; information about Vesterheim events for folk artists; and designs and pictures of rosemaling pieces from the Vesterheim collection and other rosemalers. To become a Vesterheim Member and subscribe to the Rosemaling Letter, check vesterheim.org, or contact the museum at 563-382-9681.

There are many rosemaling groups and organizations throughout the country. A search on the internet can help in finding them. There is also a Facebook group of rosemalers from all over the world. If you are on Facebook, search “rosemaling” to find the group and then join in the discussion and enjoy the photos that are always being posted. 11

Marlys Hammer was a well-known rosemaler from River Falls, Wisconsin, who passed away in June 2014. She is remembered as a superb teacher who taught her students the technical skills of rosemaling, but also taught them to truly love the art she so cherished herself. Marlys was best known for being a Telemark painter and Marlys Hammer she earned her Vesterheim Gold Medal in 1990. She taught extensively all over the country and in Japan. Marlys began her career in rosemaling using oils, but found that allergies to the paints made it necessary for her to switch to acrylics. Her work in acrylics was exquisite and her rosemaling was better than ever. She loved sketching and drawing designs. She had that special quality that made her a loving, compassionate teacher, and she often expressed the hope that her students would continue to come and learn more, so this art of her heritage would not die out. It would please her greatly to know that others might come to love rosemaling and grow in its appreciation though the legacy of this booklet.

This booklet is designed to provide some basic information about the painted Norwegian folk art known as rosemaling. 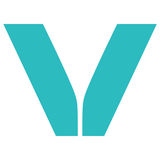 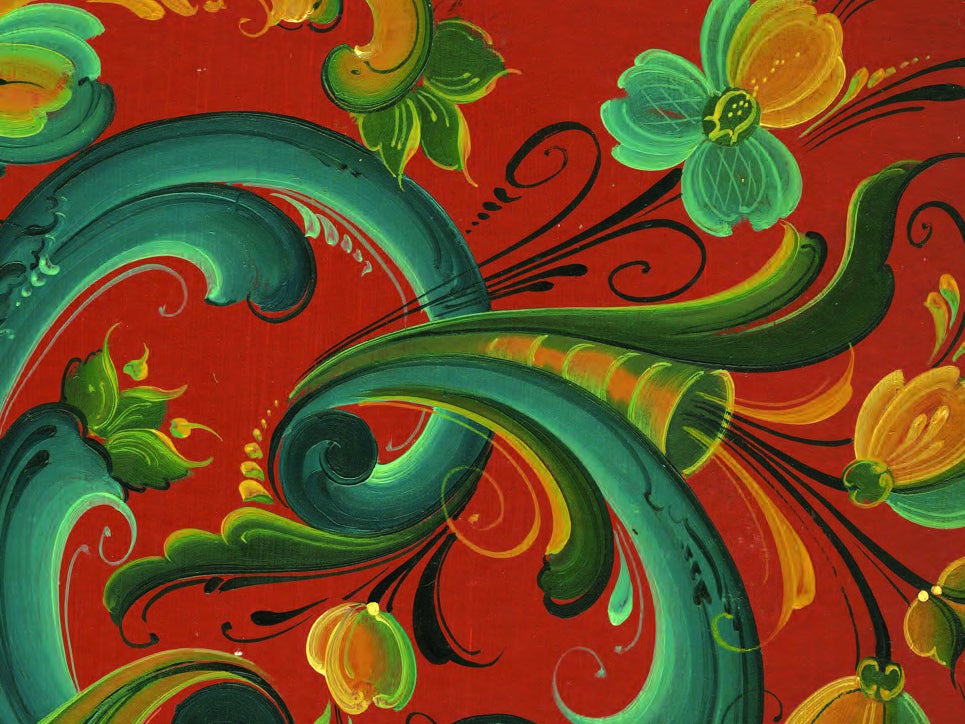