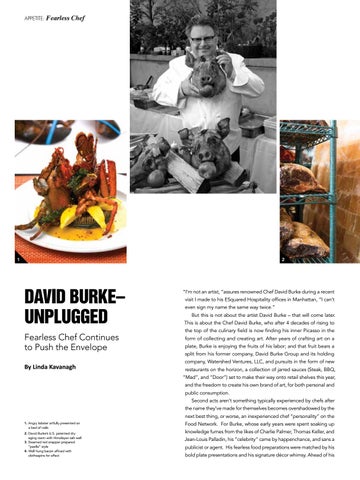 “I’m not an artist, “assures renowned Chef David Burke during a recent visit I made to his ESquared Hospitality offices in Manhattan, “I can’t even sign my name the same way twice.” But this is not about the artist David Burke – that will come later. This is about the Chef David Burke, who after 4 decades of rising to the top of the culinary field is now finding his inner Picasso in the form of collecting and creating art. After years of crafting art on a plate, Burke is enjoying the fruits of his labor; and that fruit bears a split from his former company, David Burke Group and its holding company, Watershed Ventures, LLC, and pursuits in the form of new restaurants on the horizon, a collection of jarred sauces (Steak, BBQ, “Mad”, and “Door”) set to make their way onto retail shelves this year, and the freedom to create his own brand of art, for both personal and public consumption. Second acts aren’t something typically experienced by chefs after the name they’ve made for themselves becomes overshadowed by the next best thing, or worse, an inexperienced chef “personality” on the

Food Network. For Burke, whose early years were spent soaking up knowledge fumes from the likes of Charlie Palmer, Thomas Keller, and Jean-Louis Palladin, his “celebrity” came by happenchance, and sans a publicist or agent. His fearless food preparations were matched by his bold plate presentations and his signature décor whimsy. Ahead of his 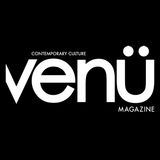