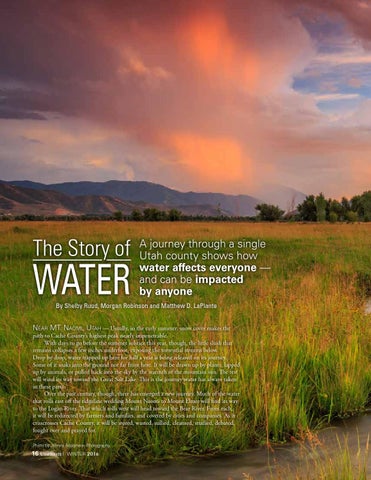 Near MT. Naomi, Utah — Usually, in the early summer, snow cover makes the

path to Cache County’s highest peak nearly impenetrable. With days to go before the summer solstice this year, though, the little slush that remains collapses a few inches underfoot, exposing the torrential streams below. Drop by drop, water trapped up here for half a year is being released on its journey. Some of it soaks into the ground not far from here. It will be drawn up by plants, lapped up by animals, or pulled back into the sky by the warmth of the mountain sun. The rest will wind its way toward the Great Salt Lake. This is the journey water has always taken in these parts. Over the past century, though, there has emerged a new journey. Much of the water that rolls east off the ridgeline wedding Mount Naomi to Mount Elmer will find its way to the Logan River. That which rolls west will head toward the Bear River. From each, it will be redirected by farmers and families, and coveted by cities and companies. As it crisscrosses Cache County, it will be stored, wasted, sullied, cleansed, studied, debated, fought over and prayed for. 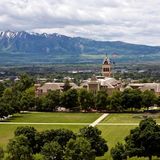