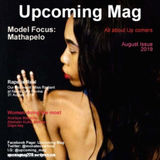 from Models Edition
by Upcoming Mag

Do Lingerie Models Find Their Job Demeaning? Do models find their career demeaning, especially those that do lingerie? originally appeared on Quora - the place to gain and share knowledge, empowering people to learn from others and better understand the world. Answer by Mandie Brice, Model at Ford Models, on Quora:

I am a model, and former lingerie model. The answer is really hard to pin down. I am also an intellect, and have a lot more lenses to be viewed as aside from modeling. Am I more than something pretty to look at and sell clothes? Absolutely. In modeling, there are at least two types of models who model lingerie - commercial lingerie models, and glamour models. For a commercial lingerie model, the shoots and jobs are always about one thing - selling lingerie. For a glamour model, it is much more about selling the model and her sex appeal than the actual garments themselves. When I modeled lingerie, I often took a potentially idealistic approach - that I was hopefully helping to strengthen the relationships of people who are in love and want an extra spark or excitement, or that at the very least, women who were inspired to buy the lingerie I wore would feel sexier and more confident as a result of their purchase.

Another stance I took as a model is that I could role model healthy adult sexuality and being sexy, and that you don’t have to choose between embracing intelligence and embracing sexiness. It was during a time when Paris Hilton and Kim Kardashian (who I believe are both brilliant businesswomen) were being praised for being dumb and hot. My using social media to show intelligence and sexiness was important to me. Yes, there were moments on the trade show floor or on set for photoshoots where I felt objectified, but they were minimal, and I chose to do my best to empower myself to take any advantages god gave me and celebrate them as best I can.

This question originally appeared on Quora - the place to gain and share knowledge, empowering people to learn from others and better understand the world. You can follow Quora on Twitter, Facebook, and Google+. More questions: Fashion Modeling: How do I become the best model? Jobs and Careers: What misconception about your occupation would you like to clear up? Women’s Fashion and Style: Do Victoria’s Secret customers really care that extensive Photoshopping is done on all the product and model images?

This story is from:
Models Edition
by Upcoming Mag