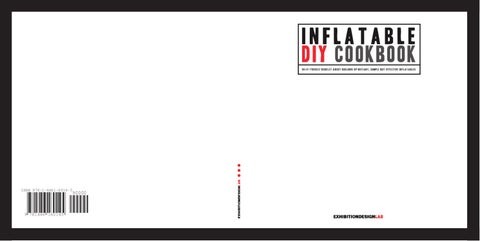 URBAN FIELDS is an open network of artists and creatives from different discipline based in Rome, Italy. The main activity of the group is to explore the physical and social controversial condition of the contemporary metropolitan realm through spontaneous, instant and temporary appropriations of neglected public space. Urban Installations, performances, workshops, various experiments of communication and relational design are documented on-line at: urbanfields.wordpress.com

INFLATING DIY COOKBOOK A manual to built up quickly and easily your personal and effective inflatable space.

This booklet is divided into two parts. The first one is a Do It Yourself manual about building up simple inflatable structures. The second one is a collection of images about our last workshops and performances. The inflatable technology is really complex and it’s applied in many fields of science and engineering. Nevertheless, as designers we are interested in inflatables because they could be a cheap, fast and easy way to moke up real scale prototype of livable spaces. According to the deepest ethos of Urban Fields we left also parametric like sofistication to others: our endless source of inspiration in our inflating activity, in fact, is the work of Ant Farm to whom this booklet is dedicated. They used to say: Architecture isn’t just building, it is media, it is performance, it is graphic presentation, and with inflatables these elements can be equals. In 1970 they’ve printed a very little numbers of copies of a fresh and radical magazine called Inflatecookbook about their experiences in DIY designig super POP inflatable structures with the intention of sharing their experience. We want do the same with this small and not exhaustive book. In Inflatable we Trust!

Torus like shape as an house like myself workshop. Exploring a nomadic minimum space of existence (or a space of minimum existence?) we demostrate a resourceless 1:1 prototype is much much better than a computer based rendering: it tooks 25 people for 16 hours cutting and tapering about 1000 sqm of plastic sheets.

Self made inflatable based experiments for a light, instant and floating urban scenario. Performing with the wind and some thin sheets of plastic, metropolitan poetry emerges...

All the Projects and Performances presented on this booklet+DVD are intended as an Open Source Urban Appropriation Operating System. This means you can freely copy, distribute, display, perform, reuse, adapt and hopefully improve what we have already done! If you like, we can connect your name to the URBANFIELDS network. Just let us know at urbanfields@unpacked.it Please, for more, refer to the Attribution Creative Commons Non-Commercial Share Alike licence. 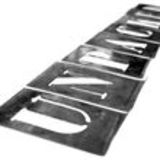