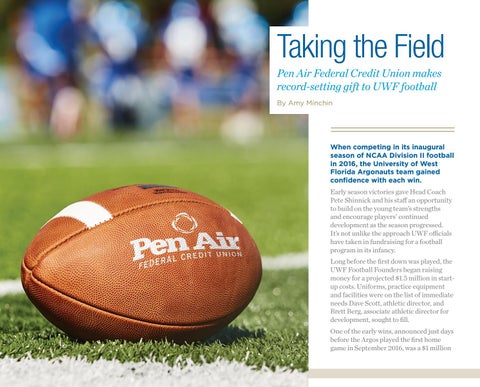 When competing in its inaugural season of NCAA Division II football in 2016, the University of West Florida Argonauts team gained confidence with each win. Early season victories gave Head Coach Pete Shinnick and his staff an opportunity to build on the young team’s strengths and encourage players’ continued development as the season progressed. It’s not unlike the approach UWF officials have taken in fundraising for a football program in its infancy. Long before the first down was played, the UWF Football Founders began raising money for a projected $1.5 million in startup costs. Uniforms, practice equipment and facilities were on the list of immediate needs Dave Scott, athletic director, and Brett Berg, associate athletic director for development, sought to fill. One of the early wins, announced just days before the Argos played the first home game in September 2016, was a $1 million 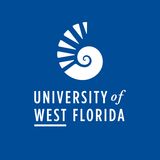 More from University of West Florida