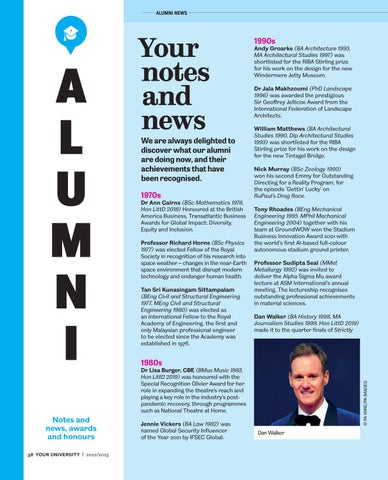 We are always delighted to discover what our alumni are doing now, and their achievements that have been recognised.

Dr Ann Cairns (BSc Mathematics 1978, Hon LittD 2018) Honoured at the British America Business, Transatlantic Business Awards for Global Impact: Diversity, Equity and Inclusion. Professor Richard Horne (BSc Physics 1977) was elected Fellow of the Royal Society in recognition of his research into space weather – changes in the near-Earth space environment that disrupt modern technology and endanger human health. Tan Sri Kunasingam Sittampalam (BEng Civil and Structural Engineering 1977, MEng Civil and Structural Engineering 1980) was elected as an International Fellow to the Royal Academy of Engineering, the first and only Malaysian professional engineer to be elected since the Academy was established in 1976.

Dr Lisa Burger, CBE (BMus Music 1983, Hon LittD 2019) was honoured with the Special Recognition Olivier Award for her role in expanding the theatre’s reach and playing a key role in the industry’s postpandemic recovery, through programmes such as National Theatre at Home. Jennie Vickers (BA Law 1982) was named Global Security Influencer of the Year 2021 by IFSEC Global.

Your notes and news 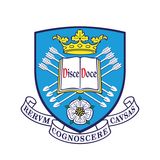