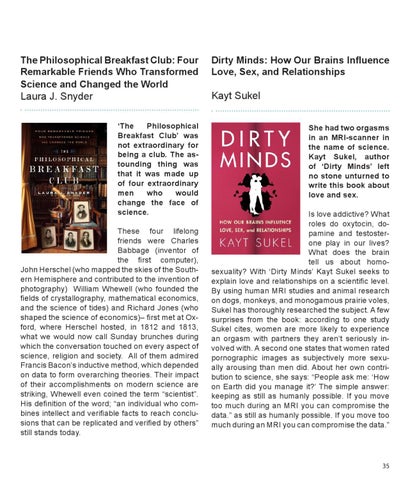 Dirty Minds: How Our Brains Influence Love, Sex, and Relationships

‘The Philosophical Breakfast Club’ was not extraordinary for being a club. The astounding thing was that it was made up of four extraordinary men who would change the face of science.

She had two orgasms in an MRI-scanner in the name of science. Kayt Sukel, author of ‘Dirty Minds’ left no stone unturned to write this book about love and sex.

These four lifelong friends were Charles Babbage (inventor of the first computer), John Herschel (who mapped the skies of the Southern Hemisphere and contributed to the invention of photography) William Whewell (who founded the fields of crystallography, mathematical economics, and the science of tides) and Richard Jones (who shaped the science of economics)– first met at Oxford, where Herschel hosted, in 1812 and 1813, what we would now call Sunday brunches during which the conversation touched on every aspect of science, religion and society. All of them admired Francis Bacon’s inductive method, which depended on data to form overarching theories. Their impact of their accomplishments on modern science are striking, Whewell even coined the term “scientist”. His definition of the word; “an individual who combines intellect and verifiable facts to reach conclusions that can be replicated and verified by others” still stands today. 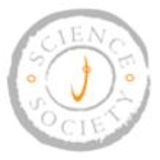