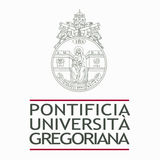 In 1551, St. Ignatius Loyola, the founder of the Society of Jesus, opened a "Schola grammaticae et humanitatis pro iuvenibus" in Rome. In 1556 it started conferring academic degrees according to pontifical norms and became the Roman College.

The fundamental characteristic of the Pontifical Gregorian University is that of a Pontifical Ecclesiastical University entrusted by the Holy See to the Society of Jesus, a commission which Pope Francis confirmed again in 2014.

Formation is crucial responsibility in our time that is characterized by the clarity of discernment, a courage backed by intelligence and a trust in the Spirit of God.

We recall the words of the Pope Benedict XVI: "It is indeed our duty to ask ourselves what kind of priest, or religious or lay person do we wish to form".