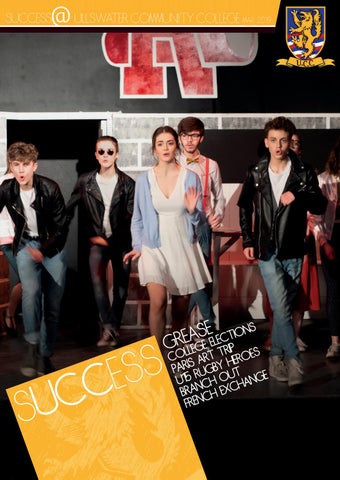 HEADTEACHER ’ S WELCOME Welcome to the Spring Edition of our sUCCess magazine. I thought it would be hard to match the last edition, which was packed with articles about a busy autumn term, but this edition is again full of reports of the wealth of tremendous opportunities at UCC. As we brush ourselves down after the unprecedented disruption wrought by the ‘Beast from the East’, if this last week is a brief snapshot of ‘life at UCC’ then I’m not at all surprised that the LRC team struggles to fit all of the articles and images into one edition. As an example, in just one week at UCC: Sixth Form and Year 11 students completed their final mock exams and started attending intervention and revision sessions, with a busy Easter revision school planned for the weeks ahead; the highly successful Branch Out programme has seen visits from Orlando Weeks and the Bookshop Band; sports teams have featured in many district and county finals, including the Year 9 and 11 County Rugby Finals at PRUFC, where both teams carried off silverware; dancers from Years 7 to 13 showed off their tremendous talents in our annual dance show; Year 9 Scientists visited Newcastle University; Year 10 artists visited the North Yorkshire Sculpture Park… and I could go on!

At this time of year I have the great pleasure of visiting Year 5 students in neighbouring primary schools, where I talk about the vibrant and dynamic atmosphere at UCC, which provides so many opportunities to so many young people. I am sure that you will agree that this is not an overstatement when reading through this magazine. Mr Ellery

STUDENT COUNCIL ELECTIONS 2019 You the students of UCC have elected another fantastic group of young people to represent you. Your councillors are dedicated to support you and continue to make changes that will evolve UCC and be the change we wish to see in the world! Nicola McCanny The council is involved in making many decisions that influence not only the school but also the local community, there has been great progress in tackling issues surrounding the school environment including outdoor facilities. Furthermore, we will have significant imput in the selection of a new headteacher. Leanne and Jonny, Head Girl and Boy

TH U YO KS SPEr 8Astudentsto

ga ent stud ct have vanc subje re of Ad fte t Cen hester. A e b c n Ma cted to p e sel lved in invo mbria u in C m both he sche T h and C C U nta a fa of part

WIZARD OF OZ Performing Arts students took their audience on a journey, behind the moon, beyond the rain, ‘Somewhere over the Rainbow’, a song sung beautifully by Dorothy. The talented students took part in their 2018 production, ‘The Wizard of Oz’. They incorporated singing, dancing and drama at its best. A production full of fun and laughter, proving that there really is ‘No Place like Home!’ Helen Pickup

This year as part of the Branch Out 2019 event we are extremely lucky to be hosting workshops by three exciting new illustrators who are all ex-UCC students. The first of these was by Emily Whiteford who is currently in her final year at the University of Cumbria. Emily provided inspiration for our budding young illustrators by talking to them about tools, techniques and ways of working as well as showing her work. Year 8s attended a workshop followed by an interview with Sounds of the Beacon. As part of Branch Out, students have the chance to design book covers and illustrations for books they have reviewed, with the chance of winning one of the fantastic prizes. Emma Robertson

Tiegan began learning the tromb and scooped top place in the br and District Music Festival - be Austin Friars! A massive well do Steven Brya

bone less than a year ago rass open at the Carlisle eating four students from one and well deserved! yant

We are now into our fourth year of the French exchange with Lycée Saint-Sauveur in Redon, Brittany. It was bigger and better than ever before this year, with 25 French students joining us to be hosted by families at UCC, Keswick and William Howard School. Our guests experienced family life, lessons in school and a day out at Keswick Film Festival before making their tearful goodbyes. We won’t have to wait long to see our French friends again, though, as we’ll be welcomed by them in Brittany next month! Chris Pattinson

GREASE LIGHTNING January saw the realisation of Grease the Musical, 40 years after its cinema release. To rave reviews the cast and crew delivered five showstopping performances over four nights to an exceptional standard. To say that we are proud of them would be an understatement! The group of students who took part really brought their energy, imagination and drive turning the show into the success it was. They were, in short, a credit to the departments involved and a credit to the school. Matt Forrest

Vingt-trois ĂŠtudiants, deux professeurs, huit galeries et cinq jours de soleil. What a privilege to take so many talented Sixth Form artists to Paris to study from the greats in a range of galleries. To be able to introduce them to the delights of Europe and all the benefits was a joy; students came away enthused, enlightened, and enriched. Owen Smith

R E T T O P 019 Y 2 R HAR NIGHT K O O B Students enjoyed a magical evening of Hogwarts-style fun for this yearâ&#x20AC;&#x2122;s Harry Potter Book Night. Over the course of the evening, students were sorted into houses by the sorting hat, made fantastical wands and chocolate frog boxes (complete with real chocolate frogs!) and even tried their hand at writing using ink and feather quills. The night was rounded off with a hearty, Hogwarts feast. Karen Simkins

Ullswater Community Collegeâ&#x20AC;&#x2122;s Under 15 Boyâ&#x20AC;&#x2122;s Rugby Team streak in the NatWest Vase Schools National Cup, which too They managed to win the North A region with a victory over Ha school 38-5. Unfortunately this cup run came to an end after they Academy, Solihull.

All of our players have been superb ambassadors as they repres and Cumbria. Our younger rugby-playing students came out to ch done! Greg Key

m enjoyed a fantastic winning ok them to the quarter-finals. arbadashian Adams Grammar were beaten 22-13 by Arden

sented their school, Penrith cheer them on. A big well

As a result of the crumbling UK government, young people like us are being blatantly ignored when it comes to the subject of our plant. As a result, the Eco-Council at UCC came together to host a formal event raising awareness of the ever growing issue which is Climate Change. This event along with interviews with local councillor, Rory Stewart, will hopefully help our world in the long run. #climatestrike #climatechange #strike4change The U Ella, Year 12 afte 15 Netb r win ning all team mea n a a the Y t numer ll thre e re Eden We would like to thank Mr ous m ear dist atc p som Stewart for giving up his e fa 9 team layers w hes. An rict Cha nt h m in Gra time and displaying a mma astic ne ad to ste ere unav jury hit pions s t g r ba a q p irls. S clear enthusiasm for Katie cho ol 1 ll to be up. The ilable so uad a 6 g t engaging with students, Arm i stron -0 and Q KSGS 4 rls playe g d whilst offering an 1, A EGS p 1 p 0 l e -1. W intelligent sense b ell d y o of realism to the ne discussion. We look forward to further meetings, as we aim to address this crucial issue. Oli, Year 12 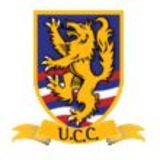 The Spring 2019 Edition of our Success Magazine

The Spring 2019 Edition of our Success Magazine