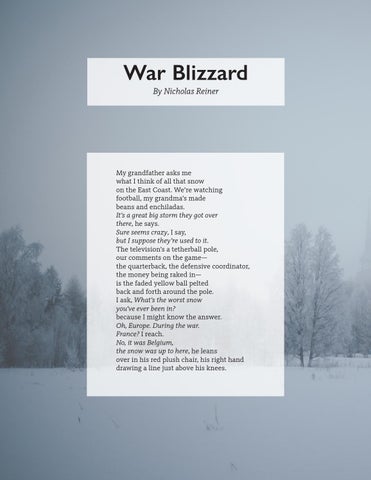 My grandfather asks me what I think of all that snow on the East Coast. We’re watching football, my grandma’s made beans and enchiladas. It’s a great big storm they got over there, he says. Sure seems crazy, I say, but I suppose they’re used to it. The television’s a tetherball pole, our comments on the game— the quarterback, the defensive coordinator, the money being raked in— is the faded yellow ball pelted back and forth around the pole. I ask, What’s the worst snow you’ve ever been in? because I might know the answer. Oh, Europe. During the war. France? I reach. No, it was Belgium, the snow was up to here, he leans over in his red plush chair, his right hand drawing a line just above his knees. 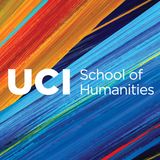