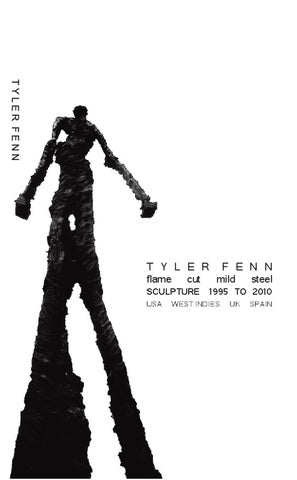 INTRODUCTION The story of my sculpture begins with a head; the memory of which is still in my fingertips. Shown on the previous and two following pages, it was made sometime in my sixteenth year shortly after I lost my second father. He was pinned waist high between the bucket of a loader and the grill of his 18 wheeler and died later of internal bleeding. I was not witness to the accident and thus, imaginative speculations played over in my mind like a film. And they always played in slow motion. They could not, however, contain any real truth. It was against this backdrop that this early sculpture came into being; alongside all of the other normal terrors and angsts of an ideological adolescent. It was 1984. By 1995 I had adopted steel as my medium and these pages seek to illustrate some of what followed. The pictures are organized by place/year(s), and within their sections ordered more or less chronologically. I am glad that even though by nature things tend to fall off me, get lost, or left behind, I was somewhat diligent in documenting this work.

I became familiar with steel as a building material during my architectural education at Syracuse University and started using it as a sculptural medium in 1995 while living in Colorado, USA. The first few years were spent in experimentation and functional pieces. It took me four years of working with steel to discover that I primarily just like to cut it, and since that time the torch has become to me what a knife is to someone working with clay. Raw materials have been collected from the environment when possible. It is enjoyable to hunt and satisfies a poetic, or maybe primordial, urge to gather and build; but the sculpture stands apart. My work is not about the recycling or &#39;trancendence&#39; of materials. Raw materials are raw materials to an artist, wherever they come from. I love biting into a new piece of store bought steel. About half of my work is concerned with representing what I have around me as subject matter. My studio in Antigua was located in a rural setting among goats, horses and cows. I remember the horses always slept and the cows and goats always ate. This is how many of these animals were depicted in the sculpture from this time. Horses dozing, bulls grazing. If I were struggling with ideas, I could easily walk outside and sit and sketch a model so agreeable to standing somewhat still for an artist as a cow. Wales 2012

I&#39;ve worked with many different materials but it is the extremes of steel; solid to liquid and back again, that has captured my imagination and focused my concentration. For me, the hum and whisper of the torch, the â&amp;#x20AC;&amp;#x153;poofâ&amp;#x20AC;? of molten steel hitting the floor and exploding radially, the variation from cold to hot and gray to orange and white, the motion of the sparks as they arc through the air and bounce on the ground and the smell of organic metamorphosis is all very mesmerizing and somehow peaceful. Much like watching a volcano erupt.

Flame cut mild steel - from functional to abstract, documentation of the artists work from 1995 to 2010. Tyler Fenn is an international sculptor who presently lives in the UK 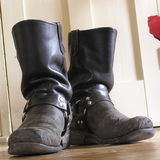