Under the moon. Tales from two Islands. 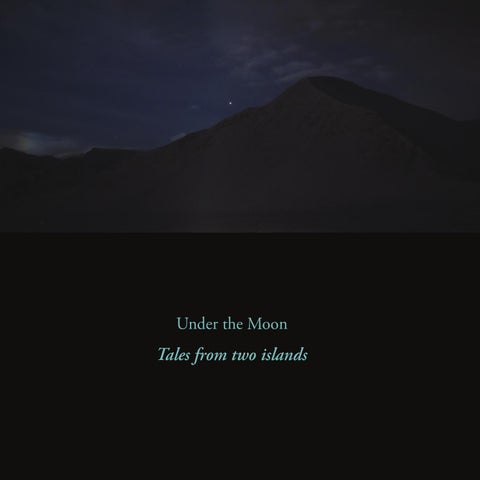 All the pictures were taken during long Icelandic winter nights in the small town of Borgarnes. All text was written in the warm Australian summer days in the big city of Sydney.

e live upside-down, mirror lives. While one sleeps and dreams,

the other dreams and creates, melding the solitude of snow and sun

11 hours ahead or behind, more than 28 hours away into something that can outstay time.

lready, I am tired of this talk of running away. It sounds easy to leave

somewhere or someone, but it is not. Staying in motion is exhausting;

devising a plan that accounts for rabbit holes and dead-ends is draining. It must be so much easier to remain put, faithful as a grandfather clock ticking with certainty; the charm of precision. Instead, I am forced to play the bit part of the squeaking cuckoo who has decided the time is not only right, but necessary, to smash through the glass and fly away. And I will. Just not now. In a few minutes. Or more. How lucky it is for someone as poor as me that time is not only free, but in abundance.

rapped in a blanket of stars, we owned the night and roamed through the

sets rested, beds were filled and even insomniacs found it possible to close their eyes. In a flash of fury, we moved out of the rain, under the moon and through bushes without breaking branches or leaving footsteps in the mud. We were warriors of the night; we were the night’s breath. Morning was always difficult for me. You left to a land I did not know while the sun

presence into powder. Without you I felt empty as a tomb, my body mummified, chained to the floor. There was nobody to guide me; my voice had been stolen. ‘It doesn’t have to be this way,’ you said. ‘The sun will eat you up fast as acid; you won’t even be a shadow. I will take you to a place where you never face the blinding light again.’ Those were the words you told me and I believed them. I still believe them. Here, we have retreated like two turtles hiding inside their shells. The hunters’ spears cannot reach us here. Wrapped in the darkness, in the jar which only we can open, the world spins no longer. Everything is still behind the opaque glass ;we can see out, but no one can see in.

I watched his/her eyes twist and contort like overrun vines intent on strangling themselves. Couldn&#39;t s/he see what was standing in front of her/him: the steadfast donkey who dared not complain, the fool that braved the storm? &#39;I won&#39;t leave you. I will never leave you,&#39; I promised, my voice rising out of the dank pond like a waking sea monster. I looked at my best and only friend, but s/he did not return my gaze. His/her silence was a bloody massacre. I could scrub for centuries but it would always be there: the indelible stain of my insignificance. I had staked my future, my life, on someone who saw me only as a pincushion; something that felt good to stick hard, spiteful things into. And I had come to enjoy the pain so much that the constant pinpricks almost screamed in protest at the thought of ever closing, healing.

like baby teeth: too sharp, not yet blunted by indifference. There is nothing to

digest but a bottle of shark’s rancid breath (all they do is mate, eat and kill – not always in that order). For my punishment, I will take four walls of sickly white – stare hard enough and all you are looking at is delusion. The eyes do not lie when there is nothing to see. Your eyes save you … And my eyes have seen enough.

s our eyes stared down the hallway of hidden treasures, we strug-

gled to distinguish reality from the shadows of our illusions. Fear and excitement live together as one: both are equal exaggerations of the ordinary.

s a child, the world was so bright that I could not stop blinking, pupils learning

to adjust to a backdrop so beautiful it hurt. As a child, there were always new

colours to discover, hidden down wells and inside wardrobes. Colours sprang from drainpipes like dragons guarding ancient treasure; I hear the hiss of kingly purple (donâ&amp;#x20AC;&amp;#x2122;t touch with your dirty hands) and the sting of silverâ&amp;#x20AC;&amp;#x2122;s scalding disapproval. Most of us create our own shade, but some of us are strong enough, unique enough to be a colour. I was (I am) olive green, pond water, but I know someone who was red, real red; the red of blooded hearts and thorned roses, deep enough to drown inside. Red was a good colour to discover at school, where the walls, teachers and playground were grey, drained of life and they only want you to draw rainbows and puppies.

leep brings you all the sentences you want â&amp;#x20AC;&amp;#x201C; all those you have spent wide-eyed

days tracking like a detective dusting over every surface for fingerprints or a stray hair. Only here in these strung-out seconds do they float towards you, slow as jellyfish that could disintegrate or disappear the moment you reach for a pen; but you will not do that now because you are sleep&#39;s creature, its captive prisoner, soon to dissolve into nothing with the words you hold weaving their way through you.

The Boy With The Thorn In His Side mitchell.jordan@yahoo.com.au

Under the moon. Tales from two Islands.

8 text, 8 pictures. All the pictures were taken during long Icelandic winter nights in the small town of Borgarnes. All text was written in the warm Australian summer days in the big city of Sydney. Collaboration between Maugo Dudek, Mitchell Jordan and Kuba Urbaniak. 2016