Scholars student recipient Conley Roberson was chosen as one of the top five applicants from the original 57 eighth-graders to apply for the REACH Georgia Scholarship. ▲ Students participating in William James tennis ranked No. 1 and overall region Tennis champs for 2015. ▲ Most Improved Custodian Team for September in the district&#39;s Clean School Awards. ▲ Student district winner for the Georgia Council on Economic Education&#39;s Stock Market Game. ▲ Georgia STEM Day participants conducted education activities for student learning in math, science, engineering and technology. ▲ The school participated in Random Acts of Kindness Week. Participators collected over $1,100 in donations for a local charity.

Inspection results were awarded to Portal Middle High School in Aaugust, with outstanding cleanliness inspection results. ▲ Student REACH for Success recipient. ▲ REACH Georgia Scholars student recipient Jean Deflin-Uscanga was chosen as one of the top five applicants from the original 57 eighth-graders to apply for the REACH Georgia Scholars. Each student receives special counseling and coaching throughout their high school career as well as opportunities to gain college admission by partici-

of Daughters of the American Revolution announced sixthgrader Jonah Jones as the DAR Essay winner for the contest. ▲ Southeast Bulloch held Math Night and other problem-solving activities that allowed students to enhance their academic skills in a variety of fun and engaging activities. ▲ Hosted three curriculum nights for students focusing on the aspects of science, technology, engineering and mathematics, or STEM. This allows students to further enhance in math, sciences and technical skills for the future.

“God should always be at the center of our lives and our education. The knowledge of this world will fade away like the wind, but the wisdom of the Lord is everlasting. And what GR \RX EHQH¿W LI \RX JDLQ WKH whole world but lose your own soul? - Mark 8:36” Nic Gross

Visit us on the web at www.tcsstatesboro.com 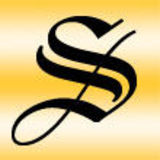