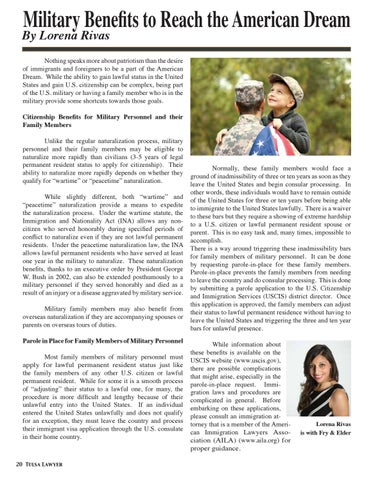 Nothing speaks more about patriotism than the desire of immigrants and foreigners to be a part of the American Dream. While the ability to gain lawful status in the United States and gain U.S. citizenship can be complex, being part of the U.S. military or having a family member who is in the military provide some shortcuts towards those goals. Citizenship Benefits for Military Personnel and their Family Members Unlike the regular naturalization process, military personnel and their family members may be eligible to naturalize more rapidly than civilians (3-5 years of legal permanent resident status to apply for citizenship). Their ability to naturalize more rapidly depends on whether they qualify for “wartime” or “peacetime” naturalization. While slightly different, both “wartime” and “peacetime” naturalization provide a means to expedite the naturalization process. Under the wartime statute, the Immigration and Nationality Act (INA) allows any noncitizen who served honorably during specified periods of conflict to naturalize even if they are not lawful permanent residents. Under the peacetime naturalization law, the INA allows lawful permanent residents who have served at least one year in the military to naturalize. These naturalization benefits, thanks to an executive order by President George W. Bush in 2002, can also be extended posthumously to a military personnel if they served honorably and died as a result of an injury or a disease aggravated by military service. Military family members may also benefit from overseas naturalization if they are accompanying spouses or parents on overseas tours of duties. Parole in Place for Family Members of Military Personnel Most family members of military personnel must apply for lawful permanent resident status just like the family members of any other U.S. citizen or lawful permanent resident. While for some it is a smooth process of “adjusting” their status to a lawful one, for many, the procedure is more difficult and lengthy because of their unlawful entry into the United States. If an individual entered the United States unlawfully and does not qualify for an exception, they must leave the country and process their immigrant visa application through the U.S. consulate in their home country. 20 Tulsa Lawyer

Normally, these family members would face a ground of inadmissibility of three or ten years as soon as they leave the United States and begin consular processing. In other words, these individuals would have to remain outside of the United States for three or ten years before being able to immigrate to the United States lawfully. There is a waiver to these bars but they require a showing of extreme hardship to a U.S. citizen or lawful permanent resident spouse or parent. This is no easy task and, many times, impossible to accomplish. There is a way around triggering these inadmissibility bars for family members of military personnel. It can be done by requesting parole-in-place for these family members. Parole-in-place prevents the family members from needing to leave the country and do consular processing. This is done by submitting a parole application to the U.S. Citizenship and Immigration Services (USCIS) district director. Once this application is approved, the family members can adjust their status to lawful permanent residence without having to leave the United States and triggering the three and ten year bars for unlawful presence. While information about these benefits is available on the USCIS website (www.uscis.gov), there are possible complications that might arise, especially in the parole-in-place request. Immigration laws and procedures are complicated in general. Before embarking on these applications, please consult an immigration attorney that is a member of the American Immigration Lawyers Association (AILA) (www.aila.org) for proper guidance.

Lorena Rivas is with Fry & Elder 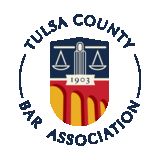